An Overview on Winding Up of a Company 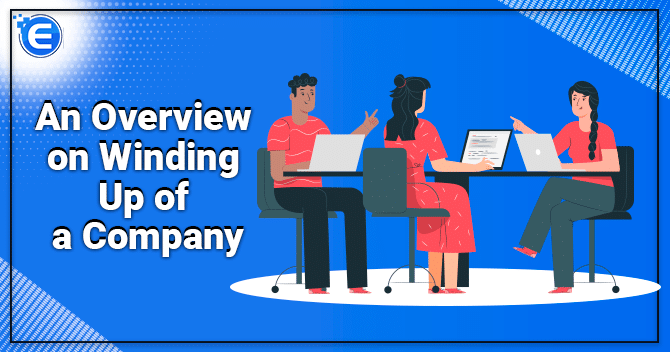 Winding up of a Company is a process of putting an end to the life of a company by shutting or closing down the company. It is a proceeding using which a company is dissolved, and in the course of such dissolution its assets are collected, its debts are paid off out of the assets of the company or from contributions by its members, if necessary. If any surplus is left, it is distributed among the members by their rights.

The main purpose of winding up of a company is to realize the assets and pay the debts of the company expeditiously and fairly by the law.

Modes of Winding up of a Company (Private Limited Company)

Winding up of a Company by Tribunal: Grounds

A Company may be wound up on the following grounds:

Grounds on which a Company may be Wound up Voluntarily

Procedure for Winding up of a Company by Tribunal

The procedure is as mentioned below:

After the winding up of a company, the company has to distribute the excess among the shareholders and then it ceases to exist. In case you wish to know more on this you are advised to contact Enterslice.

Read our article: Managerial Remuneration of Managing and Whole-time Directors

Winding up is a process to dissolve a company or put an end to its corporate existence. There a...

The main objective of the Producer company is to facilitate the formation of co-operative busin...