Provisions for Oppression and Mismanagement Mentioned in the Companies Act 2013 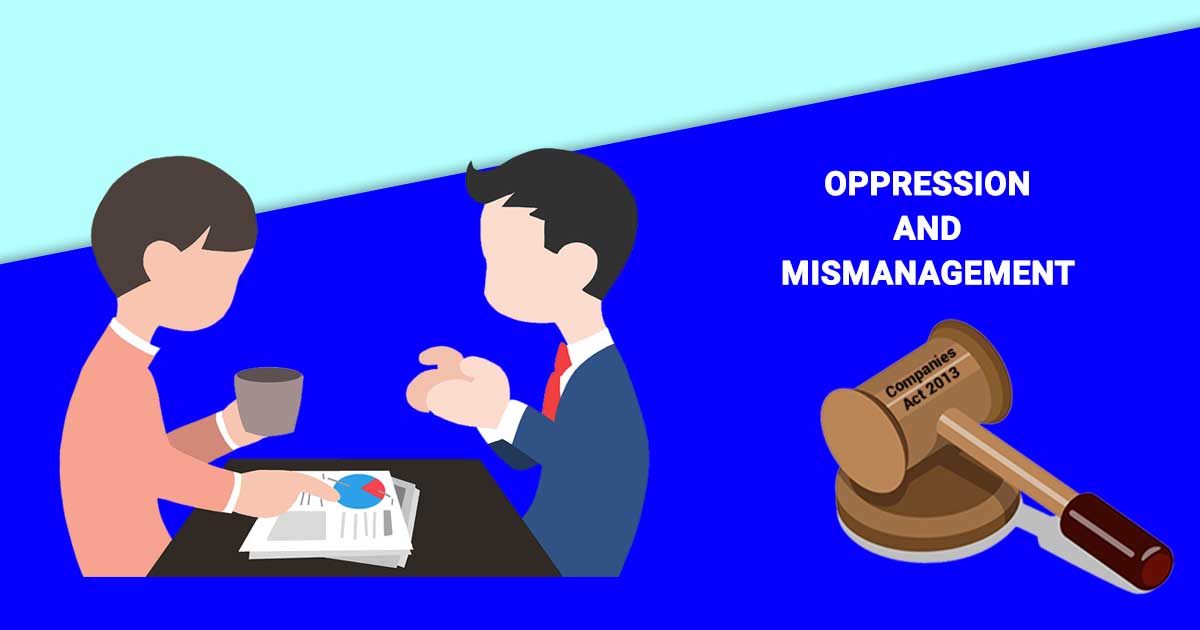 The concept of Oppression and mismanagement helps corporate democracy find its roots. The term ‘oppression’ is not clearly defined by the Companies Act,2013. In the rule of Foss v Harbottle, The principle of majority originates which provide that the minority shareholders have no cause of action in law for any wrongdoing by the company and the action brought about in respect of such losses shall be brought either by the company itself or through a derivative action.

While majority rule, often overshadows minority rights. The objective is to maintain a balance between the interest of the small shareholders and the effective control of the company. To safeguard minority rights, the Indian Companies Act, 2013 has put in place sections 241 to 246 of the Companies, Act 2013.

Oppression and Mismanagement are not defined in the Companies Act. The meaning of these words, the purpose of Company law should be used in a broad sense and not in any strictly literal sense. However, Mismanagement refers to gross negligence. Mere misconduct of business cannot be considered as Mismanagement. Oppression must be a continuous process and refers to an act of the majority, which is harsh and burdensome on the minority.

Any member of the company having a complains that the affairs of the company are being conducted in a manner which is oppressive in nature or any material change has taken place which is not in the virtue of its members then he has a right to apply to the tribunal, Such an application can also be made by the Central Government to the tribunal.

Further, If the tribunal is of the view that the company’s affairs are being conducted in a manner prejudicial to the interest of the public, members or company then the tribunal shall make such orders as he may deem fit on whether the company should be wound up or not.

What are the Rights of the Shareholders Against the Oppression and Mismanagement?

Facts of the Foss V. Harbottle-

NOTE-The decision held by the tribunal was the suit was dismissed, and the reason for dismissing the case is as follows-

Difference Between Oppression and Mismanagement-

Oppression-Oppression refers to exercising power in a burdensome, unjust and inequitable manner.

What acts held as Oppressive?

Acts which are not covered as Oppression-

Acts which are not covered as Mismanagement

Application to the tribunal-In case of Oppression and Mismanagement, the first remedy available to a minority is to apply to the Tribunal when the members of the company apply that the affairs of a company are being conducted in a manner detrimental to the public interest or such a manner oppressive to any member or members.

Who is Eligible to Apply?

When the members of a company complain that the affairs of the company are being conducted in a manner oppressive to any member or members may apply to the Court for an order, provided such members have a right to apply. The provisions come into existence when the aggrieved member can exhibits that he suffered an inequity in his capacity as a shareholder and not in any other capacity.

Who Cannot File the Application-

The Signing of the Application–

The requisite number of members must sign the application. The requirement differs from the fact as to whether the company has a share capital or not.

Conclusion-The Act was taken into consideration to strike a balance between the Right of Minority and the protection of the interest of Minority shareholders by preventing the Oppression and Mismanagement. Solitary Acts of Oppression or mismanagement will not give rise to an action.

Why Articles Of Association Is Impo...

Every individual must follow certain rules and regulations to have a balanced life. Same is the...

Foreign Company Registration in India A business can be set up by the foreign companies in Indi...