The Foreign Management Act (FEMA) is an official act which consolidated and amended the laws governing the foreign exchange in India. The FEMA Act main objective was to facilitate the orderly development, external payments, and maintenance of foreign exchange market in India. 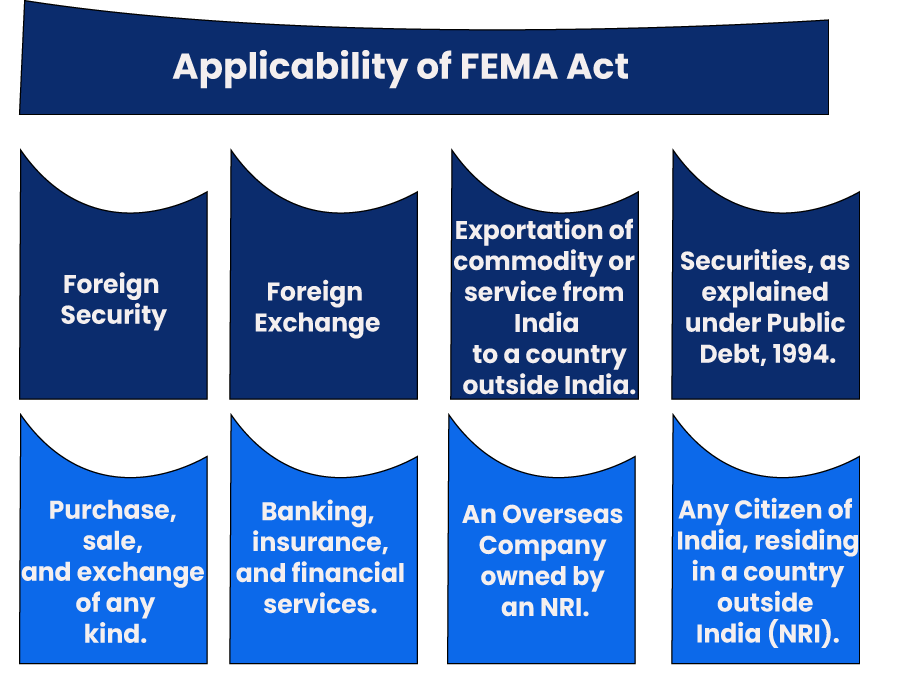 FEMA is applicable in India and is equally applicable to the agencies and offices located outside India that are owned or managed by an Indian Citizen. The Head Office for foreign exchange is situated in New Delhi and is known as Enforcement Directorate. FEMA applies to the following:

What are the Rules and Regulations framed under FEMA?

The Rules and Regulations specified by FEMA are as follows: 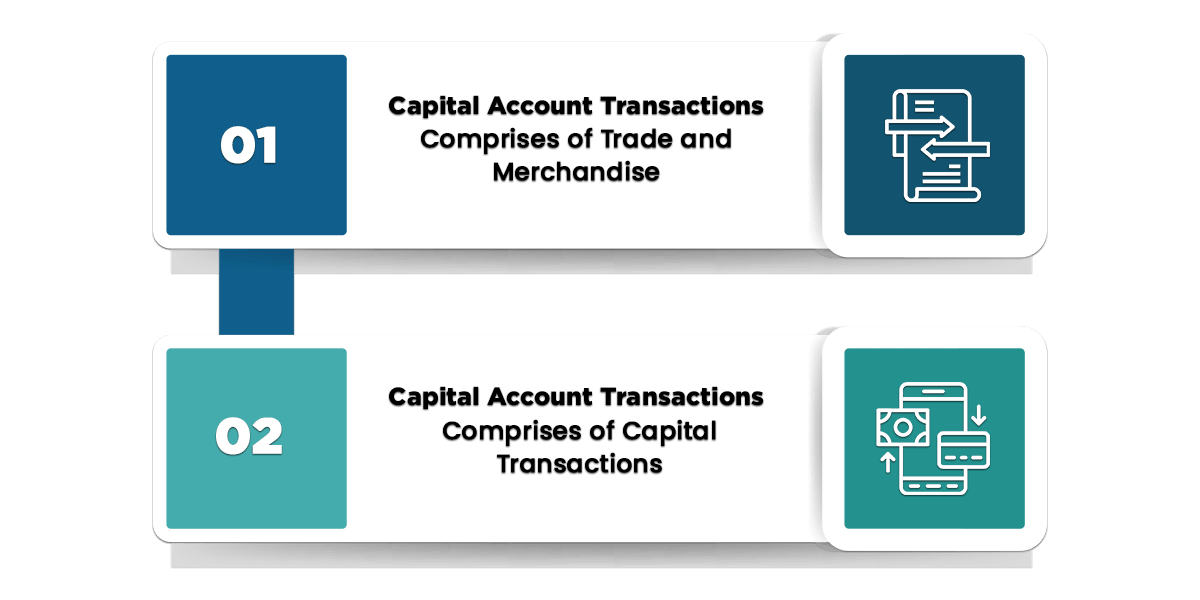 According to the FEMA Act, the actual balance payments must record the business assets of the goods and services. Moreover, these transactions take place between the citizens of other countries with India.

The Current Account Transactions include the inflow and outflow of money during any year to and fro from different countries outside India. This transaction takes place because of trading or rendering services, commodities, and income between the countries. The Current Account Transactions are further categorized into three parts, according to Foreign exchange Regulations. They are:

As per Foreign Exchange Regulations specified by FEMA direct investments outside India is permitted in following:

1) Balance held in the Exchange Earners' Foreign Currency Account of the Indian party that is maintained with an Authorized Dealer (AD).

2) Drawn on foreign exchange from an authorized dealer in India not exceeding 100 % of the Indian Party's net worth as on the date of the last audited balance sheet.

1) Shares of overseas Company that is listed on a recognized stock exchange. It must also have a shareholding of at least 10% in any listed company as on 1st January of the year of Investment.

2) Rated Bonds or Fixed Income Securities that are issued by Companies.

1) Has earned a net profit from the financial services during the preceding three fiscal years.

2) For conducting financial services activities if registered with the regulatory authority.

3) Has also obtained approval from the concerned regulatory authority in India and a foreign country for making ventures in the financial sector.

4) It has fulfilled all the prudential norms relating to capital adequacy as per the concerned regulatory authority in India, as specified by the Foreign Exchange Regulations.

How Investment can be Made by Way of Capitalization as per Foreign Exchange Regulations?

An Indian party can make direct Investment outside India through capitalization as per Foreign Exchange Regulations in full or part of the amount due to the Indian party from the foreign organization towards:

How to Acquire a Foreign Company without Tender or Bidding Procedure as per Foreign Exchange Regulations?

The Foreign Exchange Regulations specifies specific procedures for acquiring a foreign company without a tender or bidding procedure. They are listed below:

1) The Authorized dealer may permit further remittances for the foreign company's acquisition as specified in Regulation 6 of Foreign Exchange Regulations.

2) The Indian Party must submit a report to the RBI in Form ODA through an authorized dealer within 30 days of effecting final remittance.

How can Individuals Invest Abroad as per Foreign Exchange Regulations?

According to the Foreign Exchange Regulations individuals can make Investment abroad in the following ways:

1) Credentials and net worth of the individual and also the nature of his profession.

2) The extent of the individuals’ forex earnings or balances in his EEFC or RFC Account.

3) The business track record, as well as the financial history of the foreign entity.

4) Potentials with regard to forex inflow of the country.

5) Other benefits to the country.

What are the Key Services Offered by Us?

The Key Services offered by us for Foreign Exchange Regulations are:

How can Enterslice Help You?

Foreign exchange regulation is said to be a form of financial regulation specifically aimed at the Forex market. Hence, it is decentralized and operates with no central exchange or clearinghouse.

FEMA or Foreign Exchange Management Act, 1999 governs the foreign exchange regulations in India. Whereas, the apex foreign regulatory authority in India is the Reserve Bank of India (RBI) that regulates the law and is also responsible for critical approvals.

Under the LRS Scheme of FEMA, a resident Indian NRI or a foreign national can send money from India to foreign countries up to 2, 50,000 USD in one financial year without seeking approval from RBI or federal Government.

As explained, foreign exchange is the exchange of one currency for another by the Governments, businesses, and residents of two different countries. An clear example of foreign exchange is a U.S.-based company doing business with a company in Japan and paying them in U.S. currency.

In case the currency is free-floating, its exchange rate is permitted to vary against that of the other currencies. Exchange rates on currencies are most likely to change as quoted in financial markets, mainly by banks around the world.

NRI s are permitted an unlimited amount of investment options through repatriable and non-repatriable transactions. However, as specified by FEMA rules for NRIs, investments cannot be made in small savings or Public Provident Fund (PPF) schemes of the Government.

NRIs are allowed to purchase residential or commercial property in India. However, they are not permitted to buy agricultural property, plantations or farmhouse land, etc. NRIs can also receive immovable property as gifts from relatives or by way of inheritance.

Authorized Dealers in foreign exchange are those entities or banks permitted by RBI under section 10 of the Foreign Exchange Management Act, 1999. These dealers are allowed to engage in foreign exchange transactions with each other, with non-residents and with non-banking clients for specific purposes.

All about the Latest Foreign Exchange Management Regulations 2022

The Foreign Currency Exposure is a risk associated with the business engaged in the activities of dealing in foreign currency transactions. The forex entit...

The Foreign Liabilities and Asset Return filing is mandatory to be made with the RBI and is mandated under the Foreign Exchange and Management Act, 1999[1]...

The Foreign Exchange Management (Overseas Investment) Regulations, 2022, was notified by The Reserve Bank of India on 2nd August 2022. Under the new regula...