The Procedure and Requirements of Appointment of Nominee Director 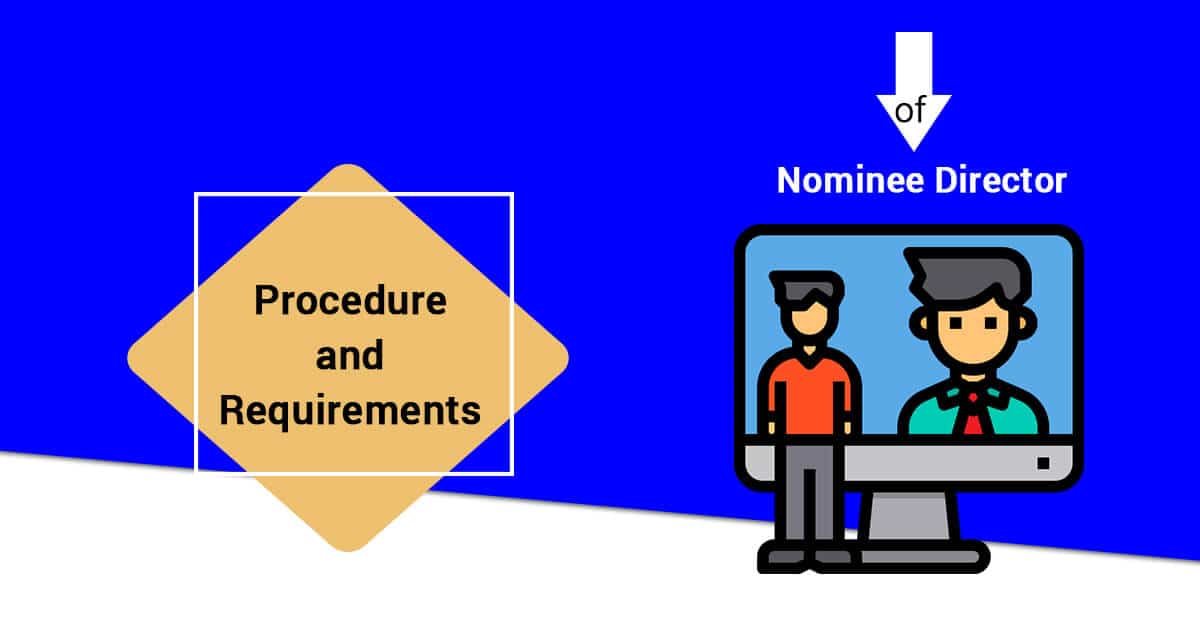 Nominee Director is a director appointed by the financial institutions or banks in the Board of Directors, subject to the provision of the article of association. The Board may appoint a director nominated by any institution in pursuance of the provision of any law for the time being in force or of any agreement or by the Central Government/state government under its shareholding in a government Company.

Why appoint a Nominee Director?

a) The nominee director should be nominated by any financial institution in pursuance of any law or terms of an agreement entered into by the company.

b) The appointment of the director by the Government or by any other person.

c) The person appointed as a Nominee director shall represent the interests of the organization /Institution which he represents.

Nominee director of Special Financial Institution-In case of appointment of nominee directors of financial institutions established under Special Acts of Parliament having non-obstante provisions over the provisions of Companies Act,2013 and the articles of association of assisted companies, the company has to only take steps to note such appointment at a Board meeting and file the particulars of the directors in Form No. DIR-12.

For example-Nominee of the banks IDBI, UTI, IFCI, LIC, SFCs etc. can be appointed directors on the boards of assisted companies, even without complying with the provision of articles and/or companies Act,2013.

Nominee Director of other Financial Institutions-

Procedure for appointment of Nominee Director

2. To check whether the respective person has a DIN along with DIR-3.

3. To Check whether the consent in writing to act as a director in form DIR-2 has been taken from the proposed director.

Documents required as an attachment for DIN-

5. The Board of Directors may by passing the resolution may approve the appointment of the Nominee Director at a Board meeting after giving notice to all the directors. The notice shall be issued to the directors not less than 7 days before the date of the meeting.

6. File form DIR-12 with ROC as a return of appointment within 30 days from the date of passing the Board resolution.

Note- MBP-1 should not be dated earlier than the date of his/her appointment as director. However, if there is no disclosure on the part of the director, in that case, form MBP-1 can be collected afterwards when his interest created in specified entities.

Also, Read: Types of Board of Directors As Per The Companies Act 2013.

Removal of Directors as per Compani...

Benefits of Using a Payroll Managem...

Giving 100% is the only secret recipe for any successful business process. So, the Human Resour...

India is considered as one of the fastest growing economies in the world. According to sources,...