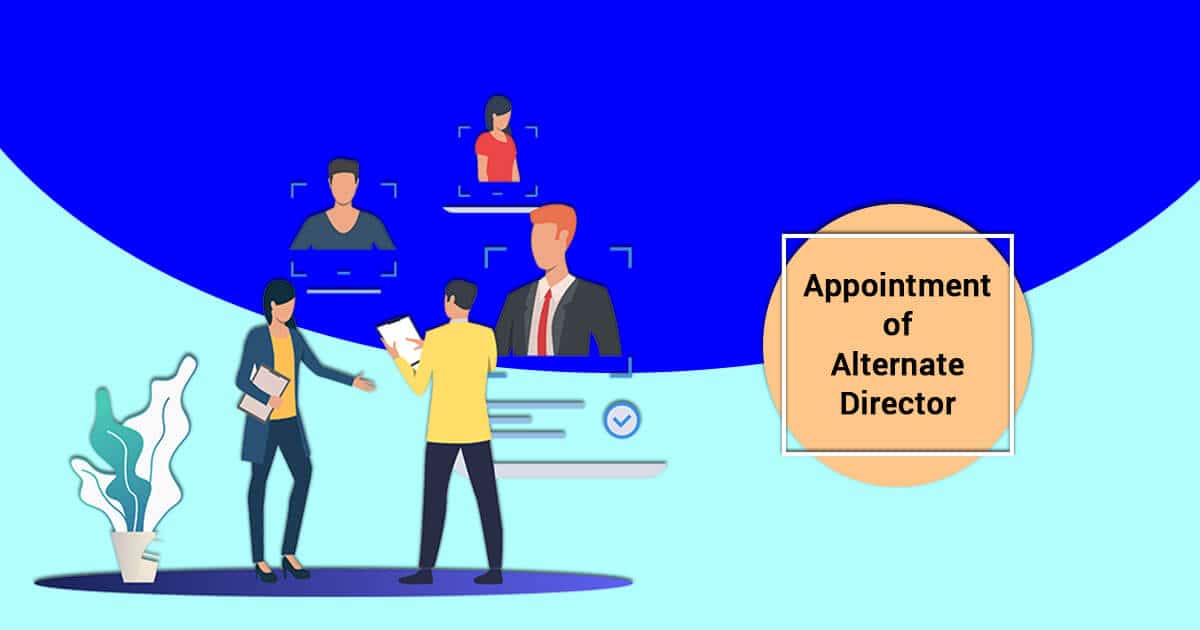 to act as an alternate director for a director during his absence for a period not less than 3 months from India.

Sections and its Applicability

Procedure to appoint the Alternate Director

2 – Written consent to act as a director shall be obtained, where it is proposed to appoint a person as an Alternate director.

3 – To check before the appointment of Alternate director in the Board meeting, the   Alternate director has obtained DIN (Director Identification Number). However, in the case where the director is not having DIN, a director is required to make an application to the Central Government for obtaining the DIN and also to ensure that the respective director has informed the same to the Company regarding his DIN. Further, a declaration is required to make that a person is not qualified to become a director under the provisions of the Companies Act, 2013.

Documents Required as an attachment for DIN-

4 – After giving notice to all the directors, convene a Board Meeting. The Board may by passing the resolution may approve the appointment either at a Board meeting or by circulation.

5 – To ascertain that the consent of the respective director, as well as the declaration from the director, has been obtained.

6 – The particulars of the directors have to be filed by the company in the Form DIR-12 with the Registrar of the Companies within 30 DAYS of the appointment after paying the requisite fee electronically.

Documents to be attached for filling the DIR-12

7 – Make necessary entries in the register of directors by obtaining the detailed information of the directors.

Note – In case of appointment of Independent Director, a declaration of Independence from the director is required.

7 types of Companies Registration i...

The term "company" refers to any legal entity created and regulated as per the Companies A...

How to Check Company Registration S...

India is among very few nations where most of the company information is available for public v...