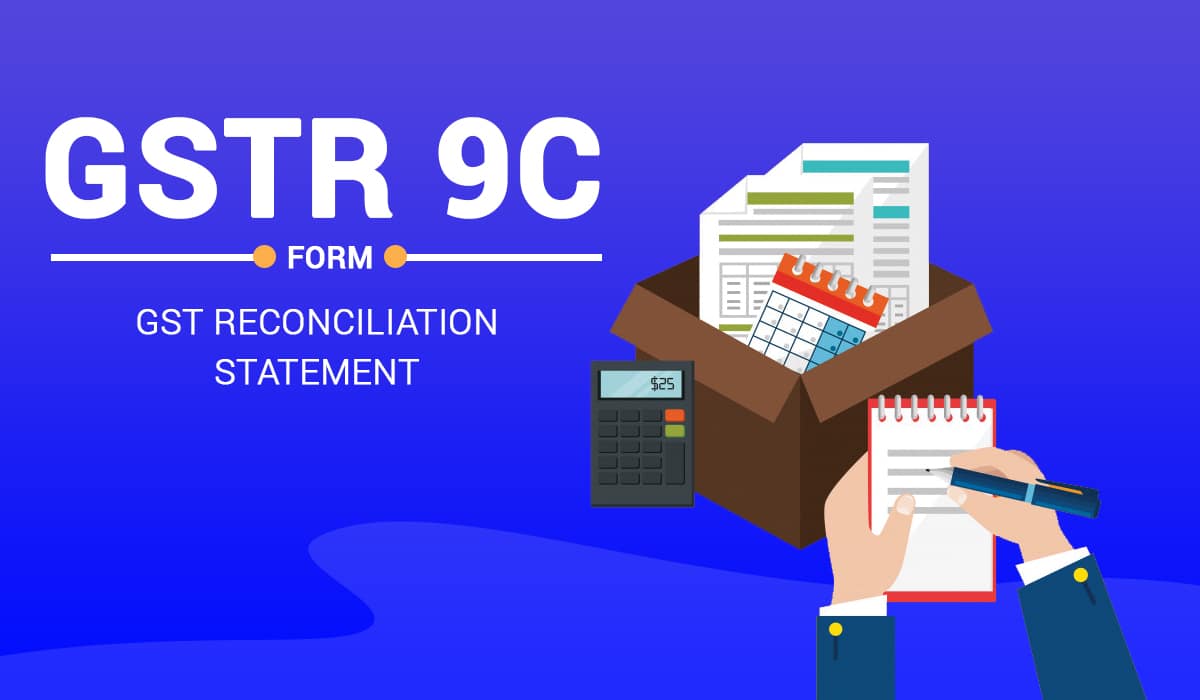 A person who is registered under the act and has aggregate turnover during a financial year exceeding INR 2 Crores is required to get his accounts audited and furnish a copy of the audited annual accounts and a reconciliation statement, duly certified, along with annual return, in the form and manner prescribed under the GST act and rules made there under. In this article, we will discuss about form GSTR 9 & GSTR 9C.

‘’Aggregate turnover means the aggregate value of all taxable supplies excluding the value of inward supplies on which tax is payable by a person on reverse charge basis, exempt supplies, export of goods or services or both and inter- state supplies of persons having the same Permanent Account Number, to be computed on all India Basis but excludes central tax, state tax, union territory tax, integrated tax and cess.’’

Discussions made are as under:

A Form called GSTR 9C is a statement which reconciles the values presented in Annual Return GSTR 9 and Annual Audited Accounts.

It can be seen that the documents which the asseessee is required to furnish in an electronic manner at the time of conclusion of the Audit are:

Relation between GSTR 9 and GSTR 9C

GSTR 9C is dependent upon filing of GSTR 9. A plain reading of relevant provisions might indicate that the Annual Return GSTR 9 and GSTR 9C must be filed together but this is not the case. In form GSTR 9C , there are certain tables which states “turnover as declared in annual return”, thereby indicating clearly that GSTR 9C is dependent on GSTR 9. It has also been clarified in amended form GSTR 9C format which has been notified dated 31.12.2018, in instruction no 2 that Form GSTR 9 to be filed before filing for GSTR 9C.

All registered persons whose turnover does not exceeds INR 2 crores during a financial year shall prepare and submit with the help of Chartered Accountant or Cost Accountant form GSTR 9 on or before due date.

Due Date of Filing for GSTR 9 and GSTR 9C

Every registered person is required to furnish an annual return, along with a copy of the audited annual accounts and a reconciliation statement, for every financial year, electronically in the form and manner prescribed, by 31st December of the next financial year. 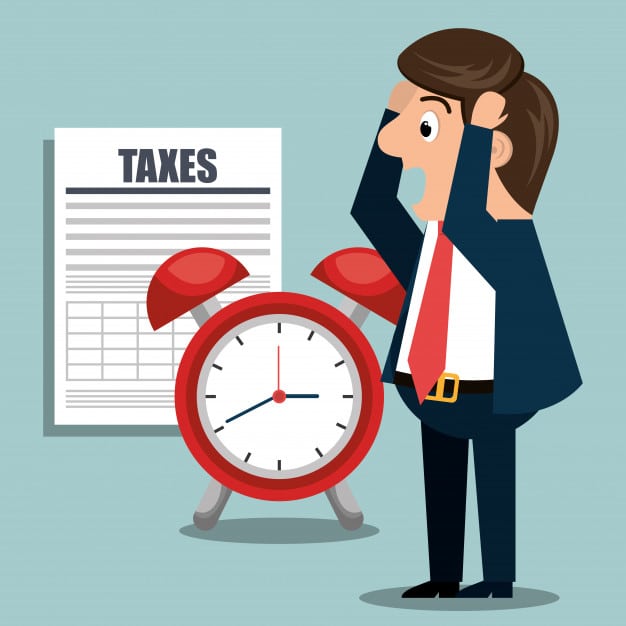 The form GSTR 9C is broadly divided into two parts, Part A – which is reconciliation statement and Part B –Certification by the Auditor.

All the above parts are explained below for understanding.

Table 1 Financial Year: Requires disclosure of the ‘’financial year’’ to which the reconciliation statement relate.

Table 2 GSTIN: Means “Goods and Service Tax Identification Number”. The reconciliation statement is required to be filed for each GSTIN separately.

Table 3A and 3B Legal Name and Trade Name: The legal entities name has to be entered in table 3A like the name of the company, partnership or any other legal entity unless it gets auto populated. In case of Table 3B, name by which trade know any person shall be entered. Example Indigo (Used for Inter Globe Aviation Limited). One must verify legal name and trade name from the GST Registration Certificate issued by the department in form GST REG -06.

TABLE 5: Reconciliation of gross turnover: This table broadly seeks to reconcile the gross turnover in terms of audited annual financial statements with the turnover declared in the annual return (GSTR 9)

TABLE 5A: Turnover (including export turnover) as per annual audited financial statements for the state /Union territory: The turnover as per the audited financial statement shall be declared here. When a single PAN is used to take multiple GSTIN in different states, such persons/entities would have to first internally derive their GSTIN wise turnover and then declare the same here.

TABLE 5C: deals with unadjusted advances at the end of Financial Year: Means such advances on which GST has been paid but the same has not been recorded as revenue in the annual audited financial statement. Such type of advances shall be reported here.

TABLE 5E: Deals with Credit notes which are issued after the end of the financial year but reflected in annual return shall be declared here

TABLE 5F: Trade Discounts: which are accounted for in the Audited Annual Financial Statement but on which GST is payable shall be declared here.

TABLE 5G: Turnover included in the audited annual financial statement for April 2017 to June 2017 shall be declared here.

TABLE 5H: revenue on which GST was not paid in the financial year but which was recorded due the accounting system of accrual basis shall be declared here.

TABLE 5I: Unadjusted advances means advances on which GST has not been paid but the same has been recognized as revenue in the books of accounts or audited financial statement. Such advances shall be declared here.

TABLE 5J: Deals with Credit notes which are accounted for in the audited financial statement but were not admissible shall be accounted here

TABLE 5K: Aggregate value of all goods supplied by SEZ’s to DTA units for which the DTA units have filed bill of entry shall be declared here.

TABLE 5P: This table gets auto populated with the annual turnover after all the adjustment made in Table 5B to Table 5O of GSTR 9C

TABLE 5Q: Annual turnover which is declared in the Annual return shall be declared here

TABLE 5R: This table is auto populated and shows the un-reconciled difference between the Annual turnover after above adjustments and turnover declared in Annual Return.

TABLE 7A: Annual turnover from Table 5P would be auto-populated here

TABLE 7B: Value of Exempted, Nil rated, Non GST Supplies and no supply turnover shall be declared here

TABLE 7D: Supplies which required the tax required to be paid by recipient of goods/services on reverse charge basis shall be declared here net of credit notes, debit notes and amendments if any.

TABLE 7E: Turnover arrived after all the adjustments made in Table 7B to 7D is auto populated here.

TABLE 8: The Reasons due which non-reconciliation occurred between adjusted annual taxable turnover as derived from Table 7E and the taxable turnover declared in Table F shall be disclosed here.

TABLE 10: Requires Reasons for un-reconciled payment of amount of tax, interest, penalty, cess and others along with description of reasons needs to be disclosed.

TABLE 11: Additional amount of Tax, Interest, Late fees, Penalty and others payable but not paid would be reported.

TABLE 12: Reconciliation of Input Tax Credit. It is discussed in the below tables.

TABLE12A: ITC availed after reversals as per the audited Annual Financial Statement shall be declared here. For persons having multiple GSTIN on same PAN, ITC shall be combined for all the States.

TABLE 12B: ITC booked in earlier Financial Years but which was availed in the ITC ledger relating to the financial year for which the reconciliation statement is being filed for shall be declared here

TABLE 12C: ITC booked in the audited financial statement of the current financial year but which has not been credited to the ITC ledger for the financial year in question shall be declared here

TABLE 12F:Un-reconciled ITC is the difference between the ITC in Table 12D and Table 12E

TABLE 13: Reasons for non-reconciliation of ITC as per audited annual financial Statement or Books of account and net ITC availed in annual return shall be specified here.

TABLE 14: This table is for reconciliation of ITC declared in the Annual Return against the expenses which are reported in the audited annual financial statement or books of account.

TABLE 15: Reasons for Unreconciled difference in ITC between ITC declared in books of accounts and annual return shall be specified here.

TABLE 16: Any amount which is payable due to reasons specified in Table 13 and Table 15 shall be declared here.

Auditor shall give his recommendation on additional liability due to non-reconciliation of turnover or input tax credit. The auditor shall also recommend whether there is any other amount to be paid for supplies not included in the Annual Return.

Auditor has only recommendatory power while furnishing his report. It is not mandatory to accept the recommendations given by the Auditor.

Any additional liability arising after all the adjustments shall be paid through FORM DRC-03.

Part B: Certification by Auditor

In reverse charge mechanism, the recipient of the goods or services is liable to pay GST in pla...

TDS and TCS Provisions are notified...

What is the Impact of GST in the Ma...

Here, we will analyze what will be the GST impact on the manufacturing sector but before that l...