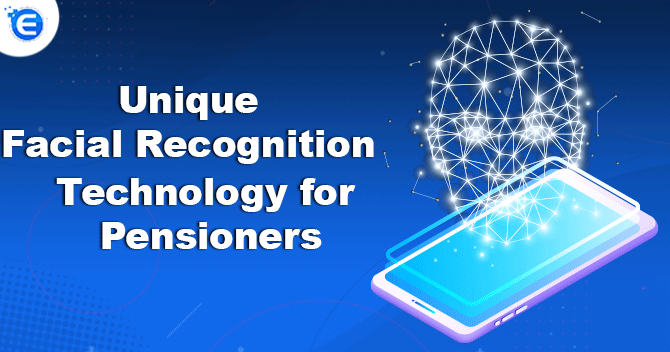 What is a facial recognition technology?

In this particular facial recognition system, a photograph of the person is taken from the camera and then with the help of some advanced softwares the image is reconstructed to be stored into a large database. This information stored in the database is then linked and integrated with any kind of software that may be used for the purpose of government services, security, criminal database etc.

Need for Facial Recognition Technology for Pensioners in India

The facial recognition technology for pensioners was taken out with the aim of providing relief to the pensioners from the hardships of physically rallying up at the disbursal centres to show their life certificates. This initiative is also an extension of the Digital India initiative of the Prime Minister.

Although the government had already introduced digital certificates in the year 2014 this facial recognition technology for pensioners will indeed a step forward in their ease of living. The reason is that the population in the age group of pensioners is not technology savvy to use smartphones and generate digital life certificates. However, this technology further smoothens the process where no manual entry is required to be made by the beneficiary. The facial recognition system will automatically verify it, and the whole process will be hassle-free.

This facial recognition technology for pensioners was initiated by the Department of Pensions and Pensioners’ Welfare. This initiative has been designed with the joint efforts of Ministry of Electronics and Information Technology (MeitY), National Informatics Centre (NIC)[1], UIDAI (Unique Identification Authority of India).

Beneficiaries of FRT for pensioners

Following are the beneficiaries from the technology devised to extend ease of living for the elderly:

Ease of living introduced by Facial Recognition System for Pensioners

This facial recognition technology is a service and a mark of respect to acknowledge the years of service that the pensioners have rendered to this nation. The Department of Pension under the Ministry of Personnel, Public Grievances and Pensions has been working in the past few years contributing to the Ease of Living for the elderly pensioners. Some of the initiatives that have been taken by the Department of Pension to contribute to Ease of Living include:

The culture of any nation is judged by how it treats its women, handicapped and old and elderly. Fortunately, Indian civilisation has always given them a high place in the society. For the retired government personnel the introduction of Digital Life Certificates was a ground breaking development where they no longer had to be physically present to receive their pension. This Facial Recognition technology for pensioners is another step in reiterating the same position. Providing a simplified and hassle free environment was indeed a necessary step in providing ease of living for the elderly. A lot of efforts have been made before this and hopefully even more would be taken in the times to come.

Read our article:Privacy Issues with Digital Identification and Verification

Paytm, an Indian brand and one of the largest digital currency platforms announced that it will...

Data in Banking: Why is Data import...

We all know banks deal with a vast amount of data inside their organizations, but their ability...