Tax Entailments in Liquidation of Company 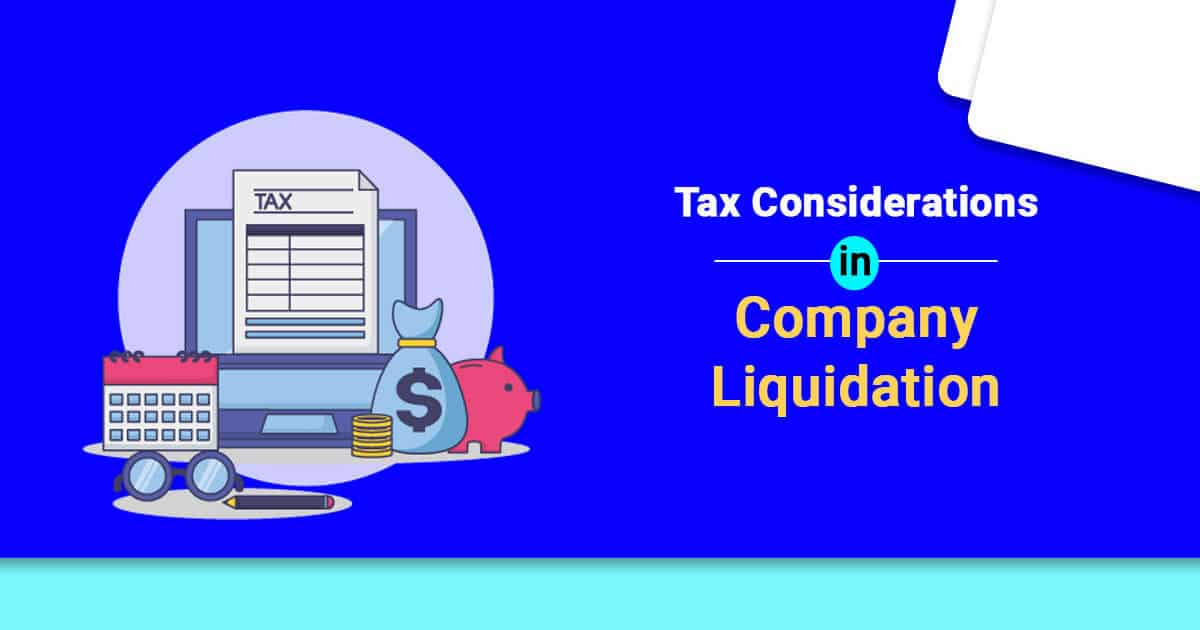 There comes a time when a private limited company decides to shut down the business. In this case, the business owner may think about liquidating the company to turn the assets of the company into cash. Although people generally assume that a company goes into liquidation process only when it becomes officially insolvent. However, this is not the case; liquidation process works for both solvent and insolvent companies. There are three main categories of the process of liquidation of a Company, i.e. solvent, insolvent and compulsory liquidation.

What is solvent liquidation?

A company whose assets exceeds its liabilities and can pay all its creditors within 12 months of a debt falling due is considered a Solvent Company. However, there are cases when even a solvent company decides to liquidate its business to transfer assets and cash to themselves personally. Solvent Liquidation is known as Members Voluntary Liquidation (MVL).Some of the circumstances when company directors choose to liquidate the company are:

What is Insolvent liquidation?

A company whose liabilities exceeds its assets and cannot pay its creditors their due amount is considered an Insolvent Company. Insolvent Liquidation is known as Creditors Voluntary Liquidation (CVL). CVL is a formal liquidation process that is used to close down the business affairs of an insolvent company. It is initiated by the Directors or shareholders of the company to sell the assets of the Company to make a timely return to the creditors. This process of liquidation requires an Insolvency Practitioner to be appointed as liquidator to manage the whole process accordingly.

What is Compulsory liquidation?

A Creditor generally initiates this process of liquidation through a court order known as Winding Up Petition (WUP). This petition notifies the Company regarding the petition lodged to close the business and liquidation of its assets.

Liquidator’s Role in the Process of Liquidation of Company

The main role of a Liquidator is to manage the process of the liquidation of the company. Liquidator investigates all company affairs and looks for the assets that were sold by the Company at a price lower than the actual market value. Liquidators have the liberty to reverse these transactions, which caused a loss to the company.

Tax Implications in Liquidity of Company

Various tax issues arise during the process of liquidation of the Company. When a business owner decides to sell the assets of the company, it may result in a taxable gain. In such cases, the liquidator needs to pay the tax implied on the amount gained during the liquidation process. This payment of tax needs to be done before distributing any cash or assets to shareholders or creditors. Some of the tax implications of the process of liquidity of a Company are as follows:

Shareholder of a Company can also be a non-resident who receives assets of the Company during the process of liquidation of Company. As per section 9 of the Income Tax Act, “any dividend paid by an Indian Company outside India is income deemed to accrue and arise in India”. Provisions of section 46 of the Income Tax Act is equally applicable to the foreign shareholder as well.

Implications of Form 15CA and Form...

In the present times of globalisation, there are the least restrictions imposed on businesses d...

Trademark as an Asset for MSME

With fierce competition in the global market, novel thoughts and ideas have turned out to be an...