Dividend Distribution Tax: Here’s All You Need to Know 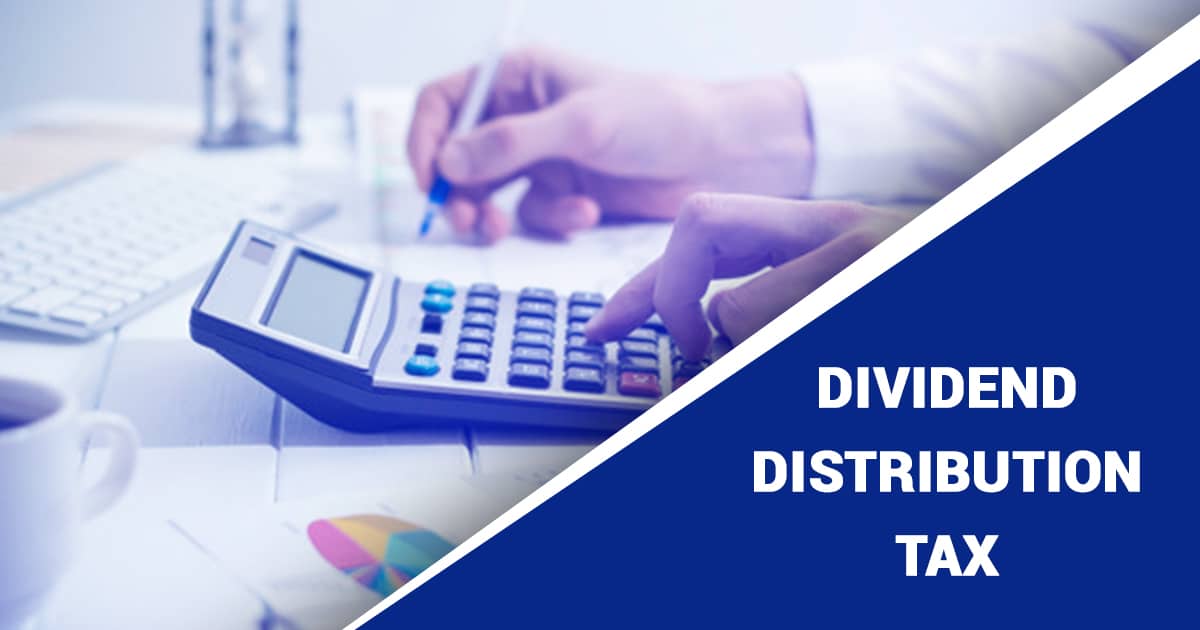 The Shareholder is the one who invests in the Company by purchasing the shares from the open market or through the transfer of shares. The Company in return gives the dividend to the shareholder of the Company depending upon the profit available for the financial year. Dividend constitutes income on the hands of the Shareholder on prima facie it constitutes subject to the income tax. However, Income-tax laws[1] in India provide an exemption of the Dividend Received by the shareholder by the Indian Company by levying a Dividend Distribution Tax on the Company.

What is the Dividend Rate applicable to the Company?

If the Company has declared the Dividend it is required to pay the Dividend Distribution Tax at the rate of 15% on the gross amount of dividend effective rate is 20.56% including the surcharge and the education cess.

Dividend Distribution Tax Liability and when it requires to pay it?

The Company who is declaring the Dividend is liable to pay the Dividend Distribution tax on distributed profits within 14 days of the declaration, distribution, or payment of dividend whichever is earlier.

What will be effective in the books of accounts if the holding Company receives the dividend from the subsidiary company both being the domestic company?

When the holding Company receives the Dividend from its subsidiary company, then according to the following dividend distribution tax will be liable:

Notes: No tax will be chargeable/payable by a Company located in an International Financial Service Centre generating income only from the convertible foreign exchange on profits distributed from total profits for any tax year on any amount declared, distributed or paid by the Company by way of Dividend on or after 1stApril, 2017 out of its current income either in hand of the Company or person receiving such dividend.

Example: A ltd is holding Company where B ltd holds 50% of Share in A Ltd

What is the tax required to pay if the dividend is received from the foreign Subsidiary Company?

*Specified Foreign Company means a foreign company in which the Indian Company holds 26% or more in the nominal value of equity share capital of the Company.’

Notes:Where a trust holds 100% of the share capital of a domestic company, Dividend Distribution Tax shall not be chargeable on any amount declared, distributed or paid by the domestic company by way of dividends to the trust out of its current income on or after the date of acquisition of such holding by the trust.

Let’s understand how the Dividend Distribution Tax is calculated:

Cash Transactions that can attract...

Cash transactions are highly discouraged in India due to the amount of tax evasion that takes p...