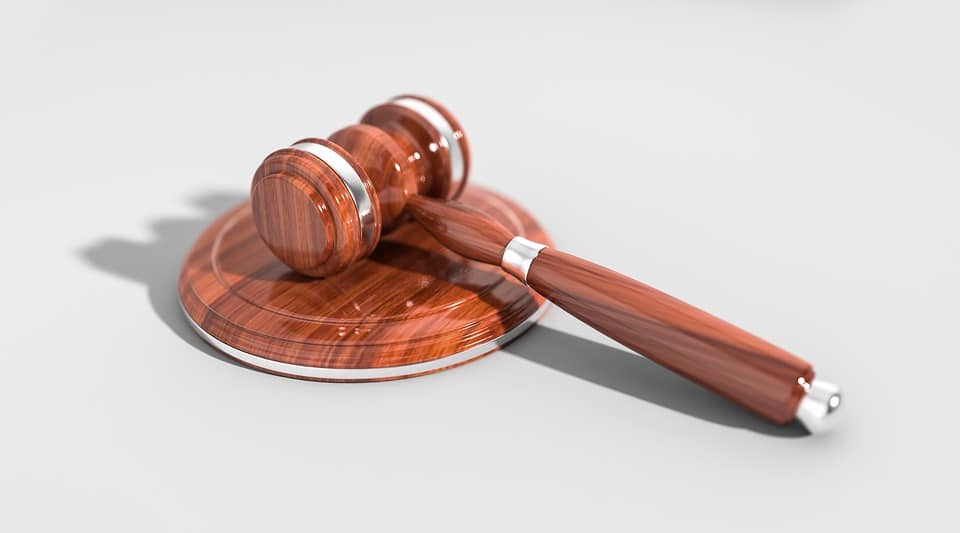 What are the significant Income Tax Judgments in the year 2018?

Well, the year 2018 has been very momentous because of significant reforms in-laws and especially to the taxation regime. We cannot ignore the contribution made by our judicial system like High Courts, the Supreme Court of India and tribunals. You may bookmark some of the cases as landmark rulings for future reference and for better understanding of aspects of Income-tax Act, 1961.

In the Income Tax Act, 1961, a new section 139AA has been inserted as per which, with effect from 1st July 2017, it is required for every eligible person to quote Aadhar for the allotment of PAN and for income tax return filing. The Supreme Court of India upholds the constitutional validity of this new section 139AA inserted under Income Tax Act, 1961. This had been done in order to prevent income tax evasion.

2. Discounts by E-Commerce Portals to buyers are not Taxable held by ITAT

In this case, previously the assessing officer held that the profits foregone on the goods sold 0at a price less than cost then it would to be considered as expenditure incurred in creating intangibles asset or goodwill, therefore, only depreciation claim would be allowed. Later on

ITAT held a ruling in favor of assessee and Flipkart got relief as no expenditure had been incurred by assessee creating intangible asset or goodwill, therefore, the discounts offered by e-commerce portal would be treated as revenue expenditures and the deduction will be allowed.

3. ITAT upholds that Gift received from HUF by an individual isn’t exempt

In this case, under section 56(2)(vii) assessee claimed that gift received from Hindu undivided family (HUF) will be exempt from tax, however, Assessing Officer added the amount to assessee’s income under Section 68 as the term ‘relative’ does not include HUF as a donor.

4. Charges collected from the Members by the Co-operative Societies are Exempt from Income Tax held by Supreme Court

The transfer charges, non-occupancy charges, and common amenity fund charges and certain other charges, collected from the members by Co-operative Societies are exempt from income tax since the principle of mutuality applies to all these.

Supreme Court held that now no tax shall be payable on the interest income received by Non-Banking Financial Companies (NBFCs) on non-performing assets (NPAs).

6. Interest Income earned from Share Application Money is liable to be Set Off against Public Issue Expenses held by Supreme Court

The Supreme Court held that the interest income earned from the share application money can be set off against the public issue expenses.

7. Benefit Received from Waiver of Loan is Not Taxable held by Supreme Court

[Commissioner vs. Mahindra and Mahindra Ltd [2018]]

The perquisite received in the form of a waiver of loan which is in the nature of cash or money is not taxable under Section 28(iv) of the Income Tax Act, 1961.

8. If the Assessing Officer seeks to do Comprehensive Scrutiny in order to Find Potential Escapement of Income then Limited Scrutiny is applicable held by Kerala High Court.

Limited Scrutiny is applicable if the Assessing Officer is undertaking comprehensive scrutiny on a finding that there is potential escapement of income held by Kerala High Court.

9. Income Tax Returns have to be filed by Both Managing Director and Director of the Company held by Delhi High Court

It has been held by the Delhi High Court that both Managing Director and Director of the Company are responsible to file the income tax returns with the income tax authority as per Income Tax Act, 1961.

10. Apprehend Immediate Arrest is not required of Income Tax Defaulter

The Karnataka High Court denied the anticipatory bail to an individual and held that apprehend immediate arrest is not needed of Income Tax defaulters on the receipt of show-cause notice from the Income Tax department.

11. No TDS on premium paid for a limited period for the acquisition of leasehold rights

The Supreme Court held that no TDS is payable on lease premium amount or annual payments for a limited period in relation to acquisition of leasehold rights because it amounts to capital payments.

12. ITAT upholds that domain registration fee received by ‘GoDaddy’ is taxable as royalty

The assessee “Godaddy” is engaged in the business of registering domain name authorized by Internet Corporation for Assigned Names and Numbers. The income of the assessee arises from domain registration fees were claimed as nontaxable income in India by the assessee.

Thereafter ITAT uphold that the domain registration is a service equivalent to the rendering of services in relation to intangible property. Therefore, as per explanation 2 of section 9(1)(vi), charges received in connection with the domain name is royalty and it shall be taxable.

In order to obtain a credit, facility assessee approached a bank on the basis of books of account prepared by a Chartered Accountants firm while the assessee presented different financial statements before Income-tax Dept. Then the additions made by Assessing Officer due to the difference in two audited balance sheets. The department held that window-dressed financial statement cannot be presented by an assessee to bankers for availing credit facility.

In Pune “Mr. Sachin Tendulkar” owned two flats. Out of which one flat was vacant because assessee didn’t find a suitable tenant. In this case, the assessee claimed for vacancy allowance as the intention of letting out the property was present. Therefore, in the relevant year the assessee intended to let out the property and made efforts to let it out, the same would fall within the purview of section 23(1)(c).

15. Mushroom farming is considered as an agricultural operation even if the horizontal space is not used and vertical space is used on soil:

16. ITR filing without Aadhaar No.

The directions have been issued by the Delhi High Court to the CBDT[1] to amend the digital forms and to enable the ‘opt-out’ option for the taxpayer. Thereafter the income-tax Department updated the e-filing platform to enable the taxpayer to file the income tax return without furnishing the Aadhaar number.

17. ITAT uphold that no capital gain tax payable by the ‘Power of Attorney’ holder if the real owner didn’t file Income Tax Return

In this case, the property didn’t belong to the assessee, therefore, the assessee is not liable to pay the capital gain tax arising from the property if the real owners had not filed income-tax returns.

In this case assessee Mr. Jackie Shroff was the shareholder in a company whose shares were sold by forged signature. Therefore, a criminal complaint was filed by Assessee before the Economic Offences Wing. Thereafter, an accused came forward for amicable settlement of the dispute and in order to settle the dispute, a settlement deed was executed. The compensation received by the assessee was treated as capital receipt in nature hence not taxable. However, the Assessing Officer added it to the income of assessee.

The Mumbai ITAT held in favor of assessee that the compensation received by the assessee was for the dispute settlement thus it is a capital receipt and couldn’t be treated as income.

20. Car gifted for brand promotion will be taxable: Mumbai ITAT

The Mumbai bench of ITAT held that assessee Ms. Priyanka Chopra had done the promotional activity by rendering the services as a brand ambassador of NDTV Toyota Greenathon Campaign. Therefore, the actor is liable to pay tax on the value of the car gifted by Toyota.

The Madras High Court held that the foreign assets acquired by the assessee were disclosed in the books of account and remitted through banking channels. Besides this, there was no allegation on assessee in relation to black money / unaccounted money/money remitted through illegal channels to escape tax. Thus, the offense under section 50 of the Black Money (Undisclosed Foreign Income and Assets) and Imposition of Tax Act, 2015 was not tenable.

The assessee, Mr. Shah Rukh Khan, claimed that as per Article 6 of India-UAE tax treaty, resident State does not have express right to tax the income from immovable property situated in the source State. Therefore, the notional income of the villa is not taxable in India. The ITAT held that the assessee is in the bonafide belief that the notional income of the villa was not taxable in India, therefore no penalty for concealment of income could be validly imposed on the assessee.

23. NRIs can be appointed as Trustees of valid Indian Trusts under Income Tax Act held by ITAT

The New Delhi bench of Income Tax Appellate Tribunal (ITAT) held that it is permissible to appoint NRIs as trustees of valid Indian trusts.

The Delhi bench of Income Tax Appellate Tribunal (ITAT) following the circular issued by Central Board of Direct Taxes (CBDT) held that a family can possess up to 1450 gms gold jewelry.

25. If New house purchased on wife & daughters’ name, no tax relief on the Sale of Old House

The Mumbai bench of Income Tax Appellate Tribunal held that under section 54 of the new property purchased in the name of wife and daughter then no tax relief will be granted to the assessee for the sale of an old property.

Due to these income tax judgments, some of the famous celebrities have experienced the wrath of revenue in 2018. The list of famous celebrities and politicians on which income tax ruling had been delivered is quite lengthy. So, it’s time, to sum up, things here and we can say that “for some the ruling was favorable but for some, it was troublesome therefore some of the above-mentioned income tax judgments settled down an existing controversy while some of these judgments have given rise to a new controversy”.

Now it’s time to grab a bag, hope you liked our blog. We will keep you updated on income tax-related matters further you can read our following blogs:

Income Tax Changes to be expected i...

Assumptions are on high that Finance Minister Nirmala Sitharaman will provide some relief on th...

The Concept of Tax Evasion and Tax...

Every individual desires to pay a minimum amount in tax and there is nothing wrong with that as...