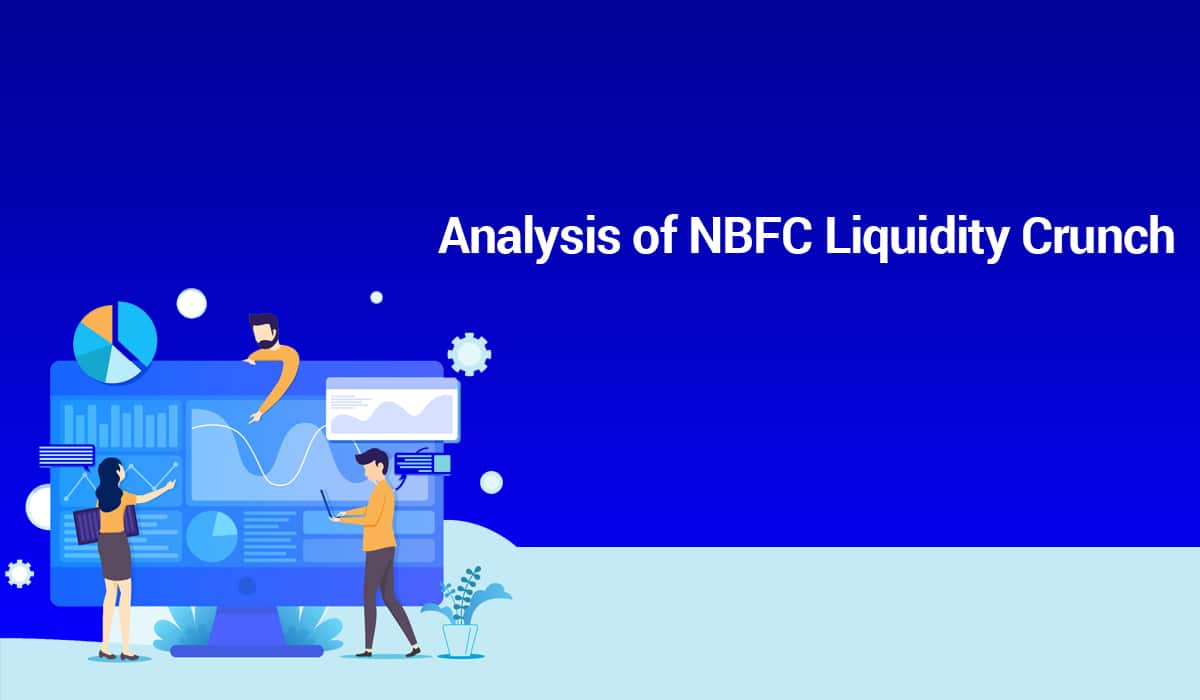 NBFC (Non Banking Financial Companies) have played a unique role in fueling the development of the Indian economy and have made a notable role in supporting the government’s agenda of extending financial inclusion. They have emerged as key financiers to businesses, especially the high-potential, credit-hungry MSME sector.

The recent downgrade of Infrastructure Leasing and Financial Services (IL&FS) has represented a liquidity squeeze for the entire non-banking financial company (NBFC) sector. A Debt default by a single NBFC has almost turned into a funding crisis for all. So is there any way through which India’s flourishing shadow finance sector can battle through this shake and credit risk. Let’s get to know more about this in detail.

What is an NBFC?

Classification of NBFCs as per their activities

NBFCs are broadly classified as per its activities or nature of work/ activities they carried out. They are like

As the name says, each company is engaged in different types of NBFC activities suitable to the need of the borrowers.  Every kind of NBFC has its unique advantages to offer to its borrower, and the borrowers do get distinct advantage of these NBFC.

Role of NBFCs as banks

Analysis of the risks of the NBFC sector

Thus to verify these NBFC’s risks without taking into account the nuances of the assets and liabilities will definitely mislead to the concerned party planning to trade with NBFC. It would be wrong to make an opinion about any NBFC.

It may be said that the traditional NBFC may be affected by such crisis but not those NBFCs targeting under-banked population and undertaking the activities like loaning for used commercial vehicles, small and medium business loans (SME) and Micro-finance companies etc.  These types of NBFCs do very well and do not have any liquidity crunch as such.

Thus to understand the prevailing risk in any NBFC, one must observe its asset-liability (AL) pattern as on the period.

What are the measures for risk aversion for NBFC?

There are broadly three drivers of the current risk aversion for NBFCs and they are as follows:

Generally, small and medium sized NBFCs who have deployed their funds for short-term (short-assets) while their borrowings are for longer period so such NBFCs do not have liquidity crunch as their fund would realize faster than their liabilities. Thus, these types of NBFCs have positive ALM mismatch as such.

In case of vehicle financing NBFC, the average loan tenure is of 16 to 18 months, for SME loan, it is 12 to 16 months and for Micro-finance it is 8 to 9 months. In this way, assets are of short duration as compared to the liability.

While their average liability has duration of 1 to 2 years so this results into mismatch but it is a positive mismatch. It means the NBFC will have surplus fund to deploy in business. It does not have liquidity crunch.

A large number of NBFCs generally go for safer lending and loan as small-ticket to under-banked population with short loan duration. On the other hand, their liability is for long duration and financed by the banks or bigger NBFCs as such.

Such NBFC refinance its short term borrowings from the market and thus solves its temporary liquidity issue. This type of NBFC would be rescued for short-term but the cost of such rescue is high and much. This type of practice may affect the earnings of the company and reputation too.

The third cause of the concern in this pertains to the asset quality of those NBFCs who have exposure to the real estate sector either to builder funding or loan against property (LAP). The third cause for concern has to do primarily with asset quality.

Examination of concern relating to the asset quality of the management

Let us examine the third cause of the concern that is primarily attached with asset quality of the NBFC. This has to do with the NBFC exposure to the real estate sector in economy. This exposure is like builder funding or loan against the property (commonly known as LAP). Builder funding is very risky in current scenario due to many reasons and economic factors affecting the real estate market.

However, compared to this, LAP is less risky with reference to the NPA as this is generally self-occupied property and the borrower is serious with the repayment of the loan. Though, the term of loan or the tenure may not always be short in timespan. In such case NBFC is always comfortable in its asset-liability matching.

It is observed that

In recent time, NBFCs have resorted to the Commercial Papers (CP) for their funding requirements and mutual funds are the subscribers for such CPs. This type of funding is showing an increasing trend in recent time as NBFC s are comfortable with this method.

The volume of such funding was somewhat Rs. 50,000 crore in March 2016 and it rose to Rs. 1.2 trillion somewhere in September 2018. This reflects tremendous rise in demand of the funds by NBFCs and HFCs. As this CP is for shorter duration of 90 days, generally NBFC s and HFCs (borrowers) roll-over and extend the tenure of payment.

But now due to heavy redemption by unitholders and sluggish market, the mutual funds are also in need of funds so unable to roll over such CPs. This has further added fuel to the liquidity crisis faced by certain NBFCs facing recovery problem from their borrowers.

The RBI has recommended and made mandatory measures on ALM management for big NBFCs. They are like submission of ALM Returns on monthly, quarterly, half yearly and annual basis to be prepared and submitted by the NBFCs with realistic position figures

Further, the RBI has also stipulated stringent measures for Corporate Governance for NBFC in the form of various tools like ALM Returns, ALM Committee, Risk-Management committee, Nomination committee, proper risk policy with reference to credit and lending policy of the company. Proper and timely reporting by such committees to the Board of the company through MIS and other modes. These measures surely improve the overall position of the company including financial crisis or crunch.

In this article we shall discuss the documents required for NBFC registration, but before that...

Prior Approval for NBFC’s Merger...

Reserve bank of India(RBI) being a Regulatory body for NBFC operating across India Came up with...