What are Microfinance Institutions? 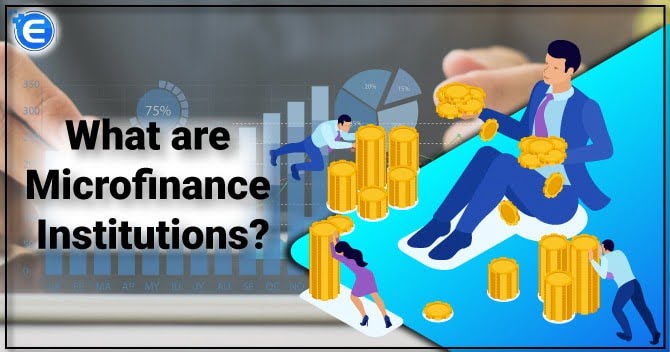 India is basically a country of low income and middle-income groups. Although, it is expected that the country will turn out to be a superpower leaving behind China. Still, we cannot deny the fact that poverty and unemployment are the demons within the growth meter of the nation. Various governmental, as well as non-governmental programs, have been launched in order to eradicate poverty and generate employment opportunities, but still, their reach is limited to a narrower part of the population. Read full analysis of what is Microfinance Institutions.

In this scenario, there has been an increased demand for personal and commercial finance. While the banks are concentrating primarily on the big corporate houses and organized sector of the population and having a good credit rating, the microfinance institutions are appearing as a ray of hope for the lower and middle-income groups, who do not have access to the normal banking channels. Moreover, banks alone are not sufficient to cater to the financial needs of all the sections of the population, credit to the increase in demand for finances, thereby, providing the microfinance companies with an opportunity to enlarge its operations. Fewer compliance rules and ease of operations make MFIs a lucrative business option. The Microfinance company registration is similar to other NBFC registration in India, except for few differences on account of capital requirement.

Microfinance is a secondary banking system aimed to provide financial and banking services to unemployed or low-income groups, having no other access to financial services. Ultimately, the goal of microfinance is to give low-income people an opportunity to become self-sufficient by providing a way to save money, borrow money and get insurance at cheaper rates.

The MFIs provide small-scale retailers, having limited resources, with an opportunity to avail of finance and thereby increase their efficiency and ultimately their profitability. For the lower-income group, the MFIs incorporates in them the habit of savings and small investments.

MFIs are engaged in providing terms loans having specific repayment plans with payments due at regular intervals. The eligibility for applying for such loans is liberalized based upon the default risk the institution allocates to potential borrowers and the time period for which the borrowers are applying. The interest rates on such loans are usually lower than the rates at which the banks provide the loans.

Microfinance can be considered one of the most effective devices in bridging the gap between formal financial institutions and the unorganized sector including the rural poor. Generally, MFIs obtain finances from the banks, financial institutions as well as the government, and provide financial and banking services to the poor section of society, which is outside the reach of the banking system.

Metro Cities and other urban areas are already being populated with a wide variety of banking services. With the advent of internet technology, the banking experience has already undergone a smart change. Most of the educated population has access to smartphones and the internet, thereby comprehending the whole banking system. However, there are those sections of the cities as well as rural areas that do not have access to such facilities. Illiteracy is the factor worsening the scenario. Such persons don’t have even bank accounts. Therefore, this becomes the working areas of micro-finance companies[1].

The main objectives of the MFIs can be summarized as following:

The main areas of focus of the MFIs are:

Some of the essential benefits from MFIs are as follows:

It can be concluded that microfinance institutions act as a catalyst for financial market growth. These are the primary source of finance, especially in the unorganized sector. It also acts as the helping hand to the mainstream banking system.

Read our article: Role of MFIs in Rural and Small-Scale Sector

Liaison Office and Project Office u...

Foreign companies have started their business in India since 1990. Before this year, there were...

P2P lending and Crowd funding are terms that are slowly but steadily growing in India. It is ye...

.In India, transfer of shares between two residents of India involves payment of consideration....