Impact of GST on Start-ups 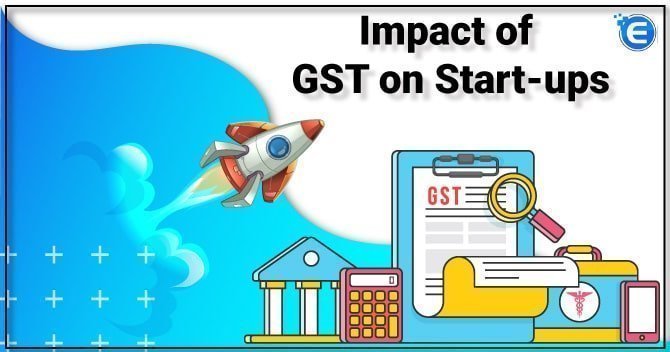 Introduced as the One Hundred and First Amendment Act of The Constitution in the year 2016, GST or the Goods and Services Tax Act is the most recent modification or reform to the indirect tax act of the government of India. The GST Council is responsible for the implementation of Goods and Services Tax in each state and each individual sector and industry existing in India. The Union Minister of Finance of India would act as the chairman of the GST Council.

Let us try and understand what will be the Impact of GST on Startup Sector in India.

GST is considered to be a reform in the taxation scheme followed in India. It is said to unify indirect taxation in precisely two ways:

An introduction of GST regime would finally try to unify all the individual states of the largest democracy of the world, India, at least in terms of indirect taxes paid by the residents of the country. In turn, the implementation of GST would lead to easier enforcement and efficient administration of the tax system. GST would also reduce the burden of multiple taxing from consumers. Implementation of GST would also enable free movement of goods and services within the country from one state to the other, thus making the availability of such goods and services easier. The implementation of GST is also important for reducing overall paperwork and time lags in the entire economic system of the country.

A start-up, according to the definition of the government of India, would include all those firms and business initiatives which stand to fulfil the following propositions. The organizations which:

For all such start-up organizations, the government of India has launched the Start-up India Campaign. The main motive behind this campaign is to invite innovative brains to start their entrepreneurial innovations in India. This would help in increasing employment, empowering entrepreneurship, and boost economic growth within India. In order to facilitate this growth, the government of India in accordance with the Department of Industrial Policy and Promotion has laid down a 19 point action plan, which aims to reduce hindrances in the process of such entrepreneurial ventures while promoting and supporting their growth, both in terms of revenues and reach.

The main idea behind the launch of such an initiative has been the gap analysis where people with the requisite talent, ideas, innovative abilities, and capabilities are unable to utilize their abilities completely due to the lack of resources. The government of India, through this initiative, wants to accelerate economic growth and create wealth by utilizing these fertile brains effectively and efficiently. The 19 point action plan, also known as the Start-up India Action Plan, visualizes the formation of several incubation centres across the country. This action plan, further, tries to ease the process of the setting-up of business, tries to ease patent filing, provide requisite tax exemptions, provide an INR 10,000 crores corpus fund, and provides a faster exit mechanism, among other benefits.

According to performance indices, as published by reputed sources, India has performed fairly well during 2016 at least in terms of a number of firms. India stands at a third position in terms of the start-up ecosystem in the world economy, ranking just below US and UK. But such reports present a grim report in terms of performance of such start-ups in India. The start-up sector in India has been found to be stagnating. The total funds raised by the start-ups in India have been found to decline by almost twenty per cent on a year-on-year basis in 2016.

Impact of GST on Startup Sector

The One-Nation, One-Tax Regime under GST is assumed to prove beneficial for the start-up sector. Some of the impact of GST on startup sector is as below:

Does the start-up sector in India stand to gain from the Implementation of GST?

The biggest tax reform of India since its independence in 1947, GST is presumed to transform the economy of India. As far as the Indian start-up sector is concerned, GST would provide a positive atmosphere to propel the growth of start-up ecosystem due to the reduction of processes and hindrances, and be streamlining of the entire tax compliance process. Thus, the Indian start-up sector is bound to gain considerably by the implementation of the GST regime.

GST is an entirely new tax regime which requires to be understood well and especially impact of GST on startup, thereby reap the rewards out of it.

All you need to know about GST Reco...

Singapore is one of the largest financial centres in the world. Due to this, international busi...

The entrepreneur community has been waiting for the implementation of the GST so that trade can...