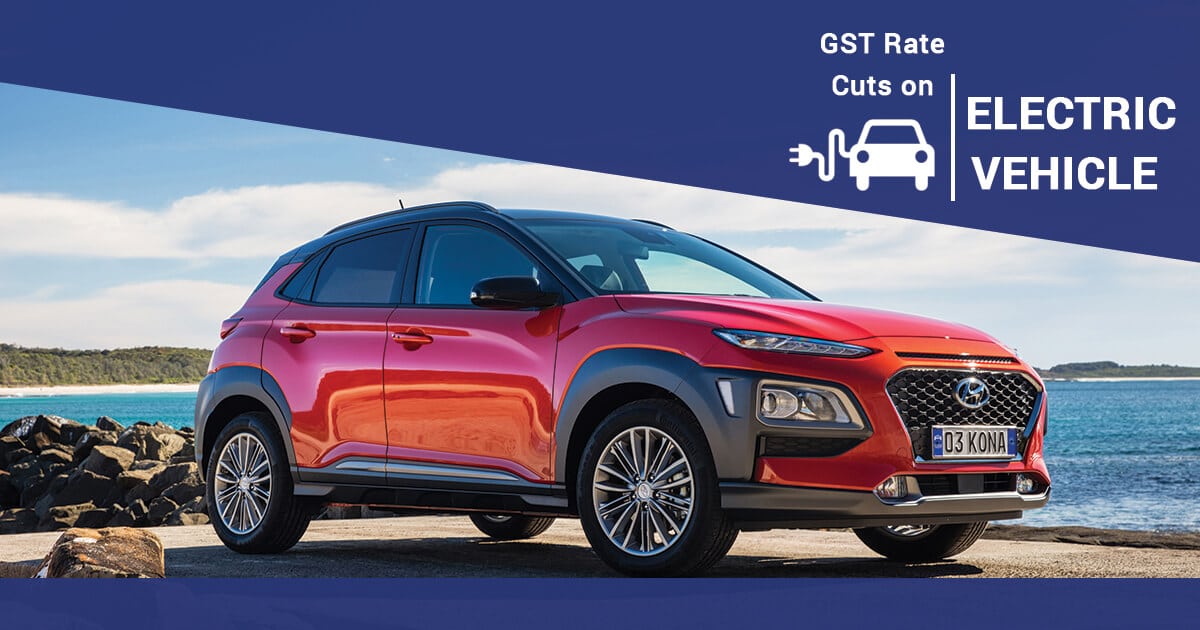 Electric Vehicles (EVs) also known as electric drive vehicle, are the vehicles that make use of electric motors for propulsion. These EVs are less polluting. They can receive energy from a wide range of sources such as Fossil Fuels, Nuclear Power, Tidal Power, Solar Power, etc. Electric Vehicles are the potential to reduce the pollution effect as they have zero tailpipe emissions. The Government of India has decided to reduce the rates of GST on Electric Vehicles and chargers.

The GST council on its 36th meeting on 27th June 2019, reduced the rates of GST on electric vehicles from 12% to 5% & drastic cut on EVs from 18% to 5%. These rates are effective from 1st August 2019. This initiative aims to boost or accelerate the adoption of eco-friendly mobility solutions.

GST council has also exempted from GST on the hiring of electronic buses by local authorities.

Irrespective of its support and favorable acceptance by many automobiles entrepreneurs, cut in GST rates are also a concern for few states. States like Punjab, Delhi, and West Bengal have expressed their concerns over it.

FAME 2 for Boosting UP EVs

With the initiatives for boost up of EVs in India by creating FAME 2 and reducing caps of GST rates, the government also taking initiatives for discouraging the use of Petrol or Diesel Vehicles.

The road transport minister has proposed to increase the rates for Registration of new cars which are run by either petrol or diesel from INR 600 to INR 5000. And it is INR 10000 for renewing its registration. Thus, this is a tremendous increase in rates.

GST council has also given relief to GST taxpayers by extending the date from 31st July to 30th September for filing of GST CMP-02 for filing an intimation for the availing option of payment of Tax.

What is the battery backup of Electric Vehicles Batteries?

What is the efficiency of Electric Vehicles?

EVs are 80% efficient as in this chemical energy is stored in the battery. Lithium-ion batteries are used in EVs making it more energy-efficient as they have high energy density.

What are the benefits of the GST cut policy of the Government on Electric vehicles?

Electric cars will be cheaper by INR 60000 to INR 1.5 Lakhs. And two-wheeler will see the reduction in prices by INR 8000. Along with these it also helps to promote green modes of transport leading to eco-friendly environment

What are the initiatives taken by the government for promoting “Green Cars”?

For more information about GST on Electric Vehicles, see our official website.

Simplified and New GST Returns from...

­To facilitate filing of returns by registered taxpayers under GST, the GST Council in its 31s...

Changes in Utilization of Input Tax...

Provisions for Appeal Against Adva...

We have discussed advance ruling provisions under GST earlier. Advance Tax ruling is nothing bu...