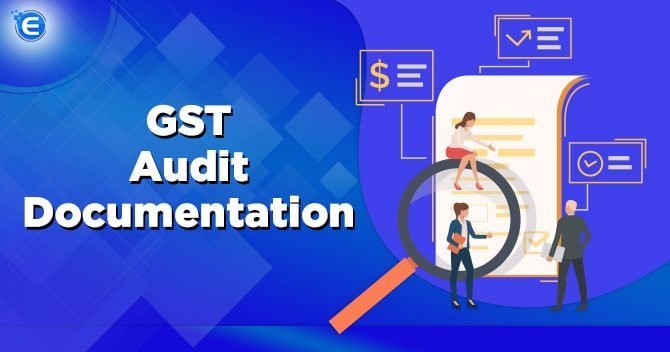 Numbers cannot speak, but documents prepared properly can speak the numbers. This is how the properly documented working papers can show the numbers, which is how an auditor proves to others, including a court of law, that the audit was conducted effectively and methodically.

Read our article:Power of Tax Authorities to conduct Special Audit under GST Act

What is the Meaning of GST Audit?

Audit according to GST involves an examination of records or data, returns and other documents maintained by a GST registered person. It ensures the accuracy of the declared turnover, paid taxes, refund claimed, input tax credit availed and assess other compliances under the GST Act to be checked by an authorised expert.

GST is a taxation regime based on trust, wherein the taxpayer is required to self-assess his tax liability, pay the taxes and then file returns. Hence, to ensure whether the taxpayer has properly self -assessed his tax liability there must be a strong audit mechanism. Several measures are taken by the Government for implementing GST and audit is one amongst them.

What are the Objectives and Purpose of GST Audit Documentation?

The auditor must prepare GST audit documentation that is adequate to permit a skilled auditor, having no previous connection with the audit to be aware:

1. The nature, timing and the number of audit procedures performed to comply with the legal requirements.

2. The results of the audit process carried out and the audit evidence attained

3. Relevant matters arising during the audit and the conclusion reached thereon, and also significant professional judgments made on reaching these conclusions.

What are the Aspects and Purposes of GST Audit Documentation?

The following are the basic aspects and purposes of GST Audit Documentation:

What is covered under GST Audit Documentation?

The necessary documents for the GST audit documentation are enumerated below:

The list given above is not inclusive, and any other document or letters which are compulsory or seems to be necessary can also be documented.

What are the Contents for GST Audit Documentation Working Papers?

What are the Common errors done by auditors in the  GST audit documentation Process?

Some various misunderstandings or myths prevent the auditors from adequately documenting the GST audit working papers and documents:

What are the Types of Audit files that must be Maintained in GST Audit Documentation?

For all the recurring audits, the working papers must be split by the GST auditor between:

The permanent audit file is enumerated below:

Ownership of the GST Audit Documents

The GST audit documentation work is the asset of the auditor.

What are the Eligibility and Qualification of GST Auditor

The GST audit can be performed only by a Chartered Accountant (CA) or a Cost Accountant. They can perform GST Audit as per Section 35 of the CGST Act.

The following individuals are appointed as an auditor:

The conduct GST Audit and issue its report the following procedures must be applied:

A partner, proprietor or Board of Directors in case of a Company must appoint a GST Auditor at the start of the financial year.

Accounts to be reviewed by GST Auditor

The essential accounts or records for review are as follows:

Submission of the GST Audit report and Annual return:

The final GSTR-9C can be certified by the same CA who had conducted the GST audit, or it can also be approved by any other CA who did not perform the GST Audit for that particular GSTIN.

The following points must be reported and  also certified by the GST Auditor or the certifier:

Documents to be furnished by the taxpayer

The documents to be furnished by the taxpayer are as follows:

We at Enterslice, with the help of our professionals, will help you sail through this GST Audit documentation work. You will find experienced Chartered Accountants who will help you throughout this process.

Also, Read: What are the Provisions of Audit Under GST.

Is GST to be paid on Advance Paymen...

There has been a lot of discussion regarding GST and tax payment procedure under GST. We have a...

7 Mistakes to Avoid Under GST Compo...

Many of us have heard about the GST Composition Schemes, but very few of us have clarity a...