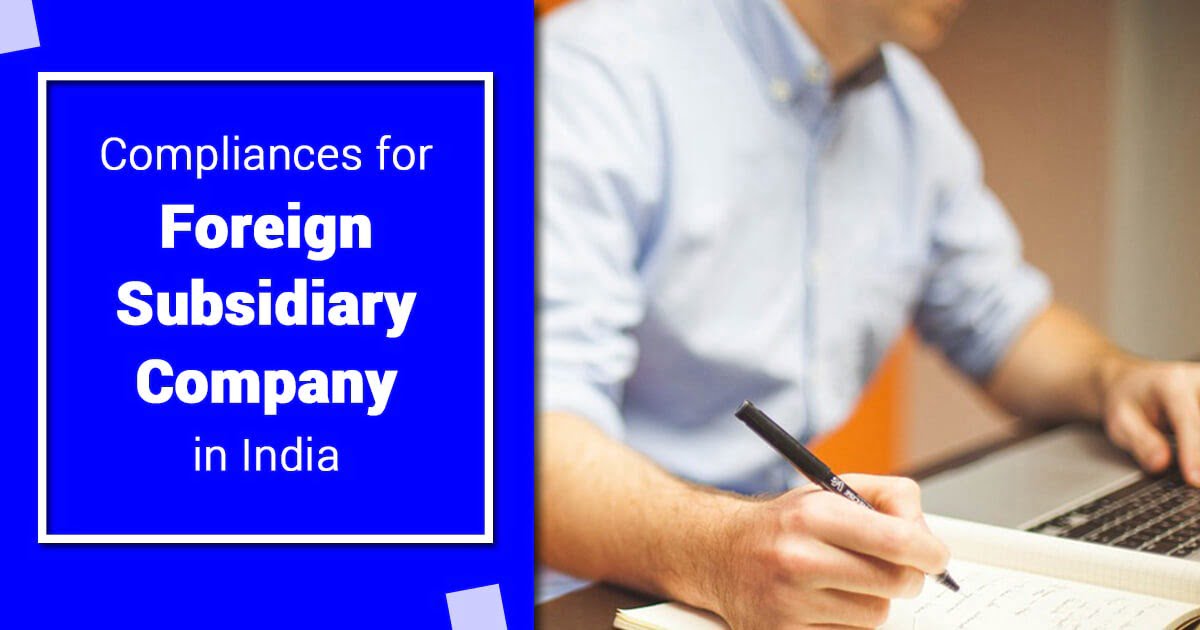 In India, like any other companies which are managed by Indian people and entities, the foreign subsidiaries are also required to maintain strict and perfect compliances with all the Indian regulatory government bodies and authorities. Foreign subsidiaries located in India are essentially required to make maintain additional compliances as compared to those required from Indian-owned Companies. There is a broad category of compliances for the Foreign Subsidiary company in India i.e. Annual, periodic and monthly return.

Based on the industry, state of incorporation, number of employees and sales turnover the compliance requirement for a foreign subsidiary company varies.

What is a Foreign Subsidiary Company?

A Foreign subsidiary company is a company with the voting right (that is more than 50%) controlled by another company, usually referred to as the parent company or the holding company.

What are the major compliances required for a Foreign Subsidiary Compliances?

Additionally, the types and nature of these compliances depend on the various factors-

Now, In India, the compliance regime has been made very strict particularly since the promulgation of the new Indian Companies Act of 2013 and all amendments made thereto in the cases of delayed compliances or failures in statutory compliances advocates for heavy fines, penalties, and punishments including imprisonment.

Note – Rule-4 of the Companies (Registration of Foreign Companies) Rules of 2014 is also required to comply with.

FC-GPR-In FC-GPR, the foreign inward remittance concerning the issue of share capital to the foreign investor is reported. The form specifies the various mode of payment for the consideration received from investor through banking channel, NRE / FCNR, Escrow A/c, Swap, etc. The banking channels are generally used for such transactions.

While filing the form FC-GPR, following documents are required to be attached:

FC-TRS – In FC-TRS, as per the FDI policy, the foreign remittance concerning the transfer of shares by the way of Gift or by the way of sale held in the Indian company to/by the foreign investor is reported. The reporting of transfer of shares between Residents and Non-residents and vice- versa is to be made and should be reported within 60 days from the date of receipt/date of payment of the amount of consideration.

The following documents are required to be attached while filing the form:

What is Issue of Debentures in Indi...

In India, companies can raise funds through issue of Equity shares, Preference shares, and Debe...

The concept of Special Notice could be traced in line to the provisions of Section 255 of the p...