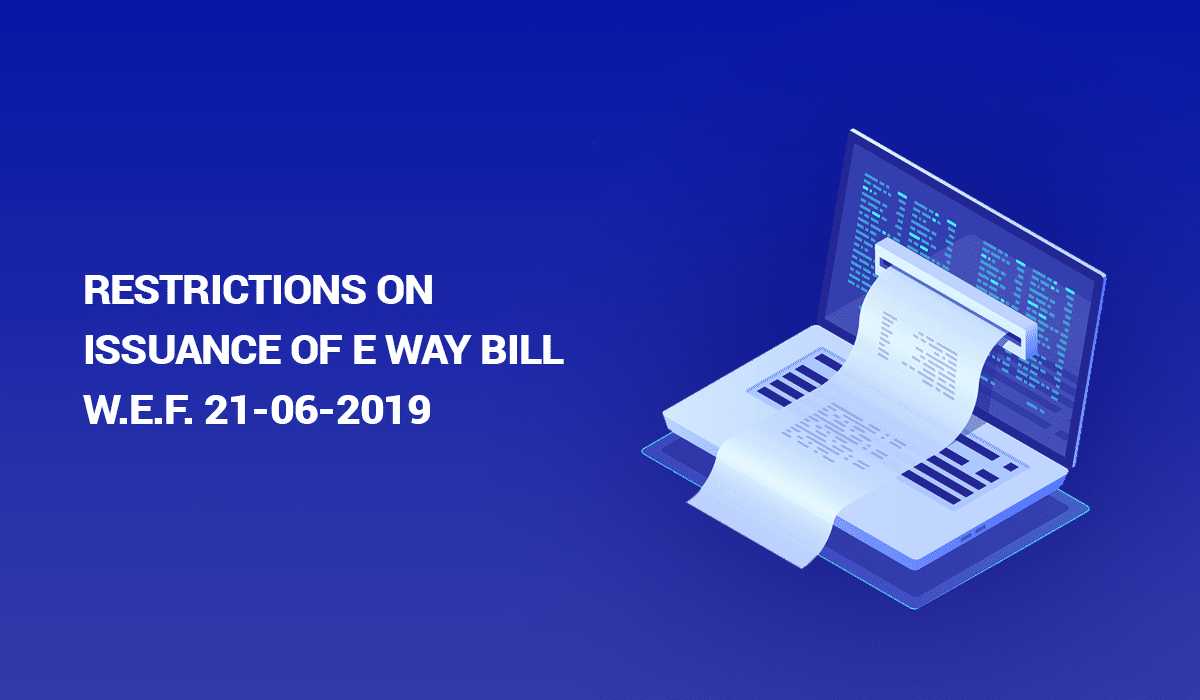 The Central Board of Indirect Taxes and Customs (CBIC) has issued new guidelines in a recent notification. The notification No. 22/2019 addresses the non-generation of E-way bill. So Today we will discuss about No E-way Bill Generation in case of Non Filing of GST Return.

What Constitutes a No E-Way Bill Offence?

The notification dated April 23, 2019, laid rules against any business who failed to file last two GST returns on time as per Rule 138E of the CGST Rules. Such business units will not be able to generate E-Way Bill as they will cease to fill Part A of the EWB-01.

This rule will be in implementation from 21st June 2019. The notification is impactful for business units as any consignment valuing more than 50 thousand rupees cannot be shipped without a valid E-Way Bill.

As a part of relief provision, the concerned parties can appeal to the Jurisdictional Commissioner to obtain the E-Way Bill. The commissioner can reject or accept the application based on his discretion.

However, this order of Jurisdictional commissioner can be annulled in case of any contradictory decision is laid by the commissioner of State Tax or Union Territory Tax. Hence, no consignee, consigner or transporter will be able to generate an E-way Bill, if they fail to file the last two GST returns.

A business house generates a E-way Bill from a common portal for movement of consignment valuing more than Rs. 50,000.

In this, supplier/recipient needs to furnish part A of the form consisting GST identification number, value of goods and invoice number. The transporter fills the part B of the e-way bill consisting details of vehicle used.

Major Announcements made in 28th GS...

Migration Provisions under GST for...

This article is all about the migration provisions under GST of taxpayers who were earlier...

GST has a different tax credit process than Service tax / VAT. However, the Finance Ministry ha...