What is the E-Way Bill System under GST?﻿ 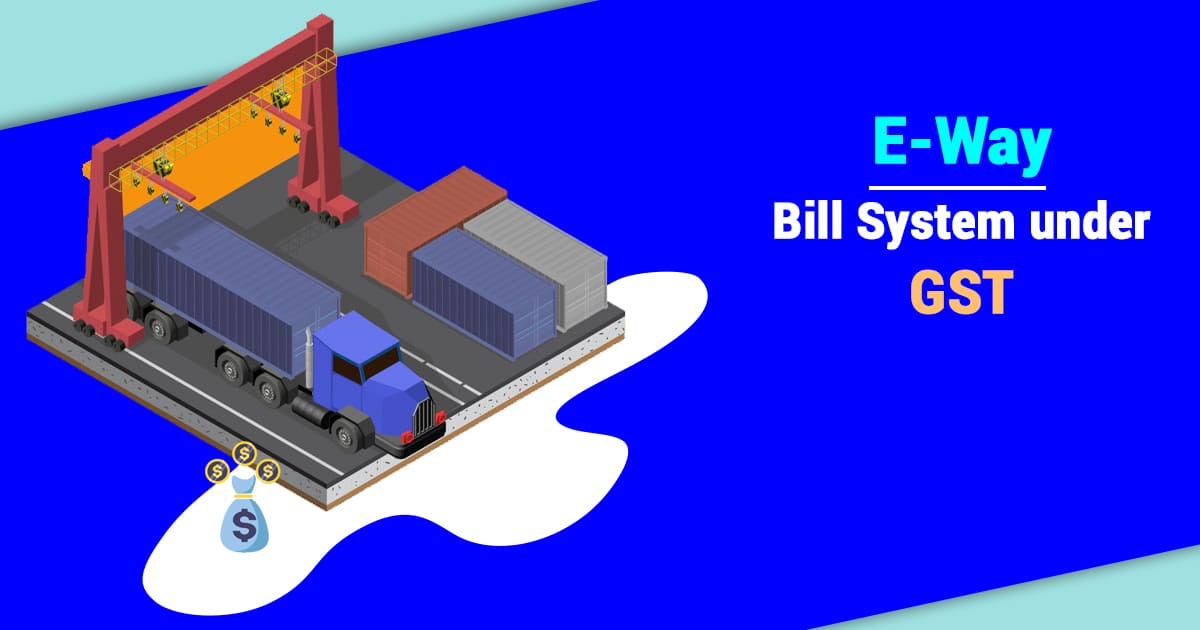 Under this system, a registered taxable person prior to movement of goods via a conveyance would inform each transaction’s details to the tax department. After this, you will obtain an acknowledgement number for having thus informed, and then use this acknowledgement number as a valid document accompanying the conveyance carrying goods. The idea is that the taxpayer is made to upload the details of each transaction to a common portal through the Internet, and once uploaded; the common portal would automatically generate a document which can be tracked and verified easily by any concerned persons.

What is E-Way Bill?

An Electronic Way Bill (E-Way Bill) is a receipt or a document issued by a registered person giving details and instructions relating to the movement of goods and details include the name of the consignor, consignee, the point of origin of consignment, its destination, and route.

What is the Pr-requisite to the generation of E-Way Bill?

The Pre-requisite for the generation of E-Way Bill is that the person who generates E-Way Bill should be a registered person on GST Portal and he should register on the E-Way Bill portal.

If the Transporter is not a registered person under GST, it is mandatory for him to get enrolled on E-Way Bill portal generation of the E-Way Bill.

What are the benefits of E-Way Bill?

When to generate E-Way Bill?

Whenever there is a movement of goods of consignment value exceeding Rs. 50,000:

The registered person causing such movement of goods shall furnish the information relating to the said goods as specified in Part A of Form GST EWB-01 before the commencement of such movement.

Who causes movement of goods?

When does information need to be submitted?

It is important to note that “information is to be furnished prior to the commencement of movement of goods” and is to be issued whether the movement is in relation to supply or for reasons other than supply. In many cases, goods transit through another State while moving from one area in a State to another area in the same State.

It is important to note that E-way bill generation is not dependent on whether a supply is inter-State or not, but on whether the movement of goods is inter-State or not. Therefore, if the goods transit through a second State while moving from one place in a State to another place in the same State, an e-way bill is required to be generated [Circular No. 47/21/2018 GST dated 08.06.2018]

What is the meaning of the consignment value of goods?

Consignment value of goods shall be the value:

As discussed, in case of movement of goods for reasons other than supply, the movement is occasioned by means of delivery challan which has necessarily contained the value of goods. The value given in the delivery challan should be adopted in the E-Way Bill

Value of Consignment less than 50000, whether E-Way Bill required? Any such cases?

The answer to the above question is yes. In the following situation even if the value of consignment is less than Rs50000, E-Way Bill will be required:

E-Way Bill in case of ‘Bill to Ship to ‘Model

In this model of supply, there are three persons involved in a transaction, namely:

‘C’ is the recipient of goods

In the complete scenario, two suppliers are involved and accordingly, two tax invoices are required to be issued:

It is clarified that as per the CGST Rules 2017, either A or B can generate the E-Way Bill but it may be noted that only one E-Way Bill will be generated.

GST has a different tax credit process than Service tax / VAT. However, the Finance Ministry ha...

With the introduction of the GST regime, it has become mandatory for a business with a turnover...