Ind AS Presentation Format for NBFCs 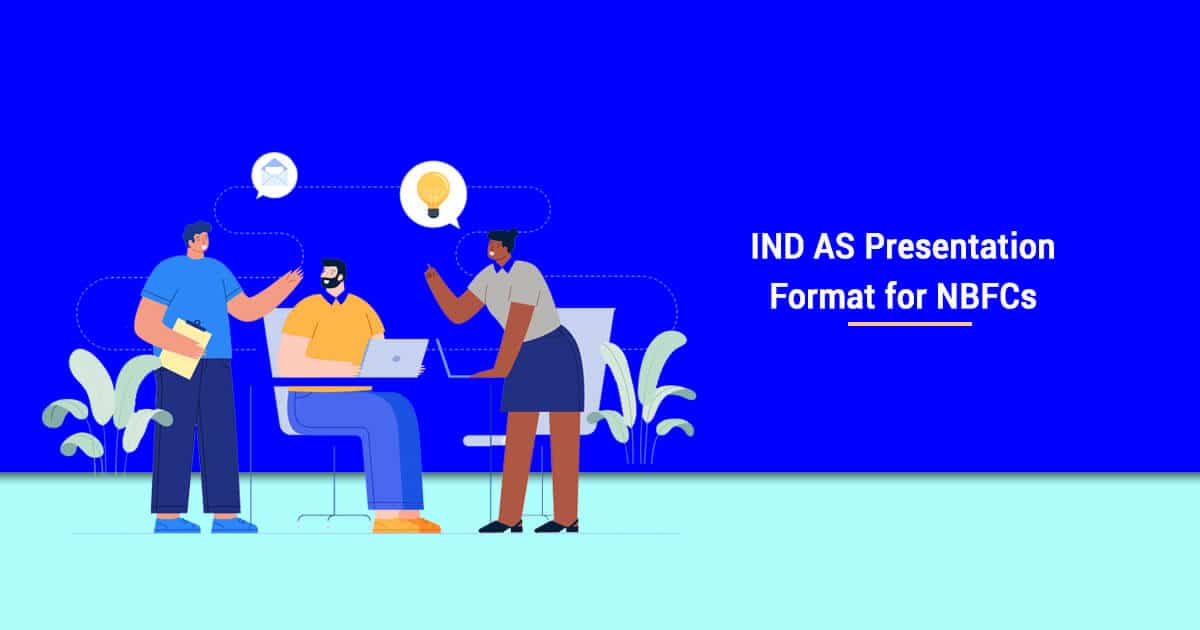 Schedule III of the Companies Act, 2013 is divided into parts, which are as follows:

It applies to a company whose financial statements are finalized based on accounting standards.

It applies to a company whose financial statements are finalized based on Indian accounting standards (Ind As) other than Non-Banking Financial Companies (NBFCs).

After this, on 11th October 2018, MCA notified Ind AS Schedule III applicable to NBFCs. With this, new division III has been incorporated under Schedule III which will apply to NBFCs covered under Ind AS applicability.

The division III requirements are similar to the provisions of division II except few which are as follows:

Significant Change for Ind AS Format for NBFCs

The most significant change is concerned with the classification of “trade receivables” & “loan receivables”. It requires companies to disclose receivables having a considerable increase in credit risk.

It was mandatory for companies implementing Ind AS to comply with the format mentioned under schedule II from the financial year 2016-2017 onwards.

As we know from 1st April 2018, Ind As have become applicable to certain NBFCs therefore from the first quarter thereafter (June 2018) have to report their financials under Ind AS on the basis of Division II, Schedule III and Companies Act, 2013 while divisions III was applicable on NBFCs from the date of its publication in the official gazette as it has not described any specific accounting period.

Procedure for Applying for NBFC Lic...

NBFC has a phenomenal role to play in the Indian economy to have a sound source of funding. Sha...

NBFCs Leveraging Fintech to Build a...

In the present scenario Fintech companies are efficiently making use of new technologies to bui...

The entire banking sector has been under severe liquidity stress, following the IL&FS bankr...