Government to Introduce E-Invoicing under GST 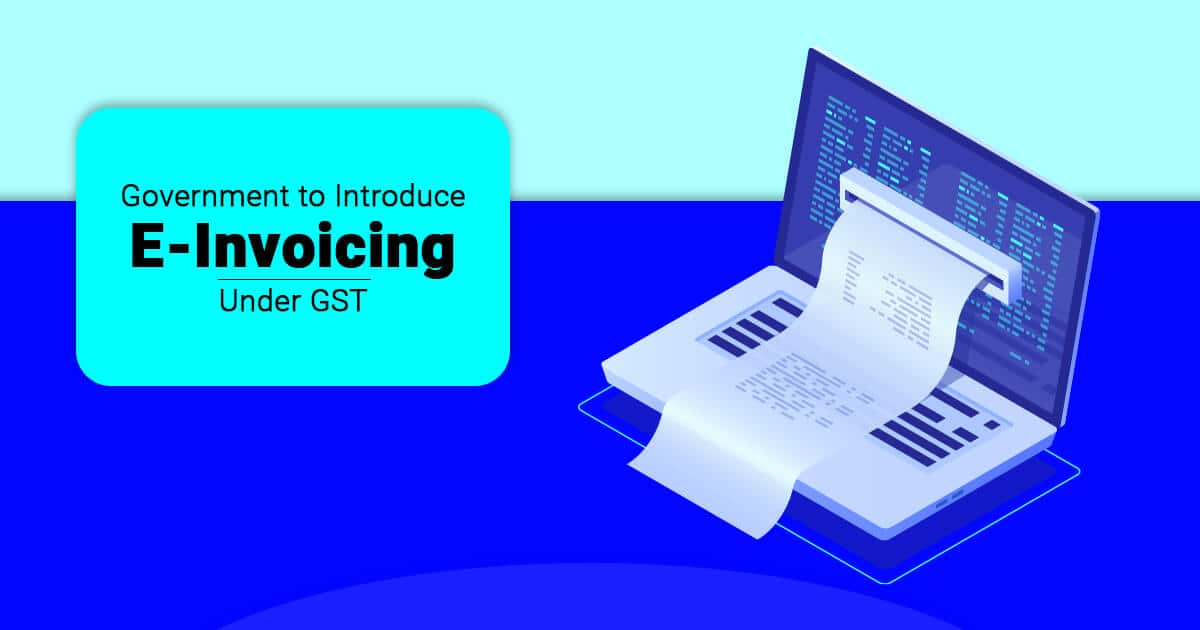 The GST Council has confirmed the introduction of E-invoicing for reporting the business to business (B2B) invoice to the GST System. E-invoicing is proposed to come in effect from 1st January 2020 and shall be implemented in a phased manner by GST Network. The GST Council promulgated the standard of e-invoice in its 37th meeting held on 20th September 2019. The government has been actively working on this project and conducting workshops throughout the country to provide information about the framework. The primary aim of introducing e-invoicing is to simplify the process of GST filing for the taxpayers.

The responsibility of designing the standard of an e-invoice has been given to Goods and Service Tax Network, which will act as custodian of invoices.

Under the e-invoicing system, an identification number will be issued against every invoice by the Invoice Registration Portal (IRP) which further will be managed by the GST Network (GSTN)

Process of Generating an E-Invoice

The following is the process of generating an e-invoice:

E-invoicing a step to Curb Tax-Evasion

Checklist of Different Types of Rev...

Audit in general terms means inquiry, verification of the documents, events, and processes for...

What is Composition Scheme Under G...

Section 10 of the Central Goods and Service Tax Act, 2017 introduced the concept of a compositi...

What is ITC Rules for Capital Goods...

Input tax has been proved to be the most significant feature in the era of GST. It has changed...