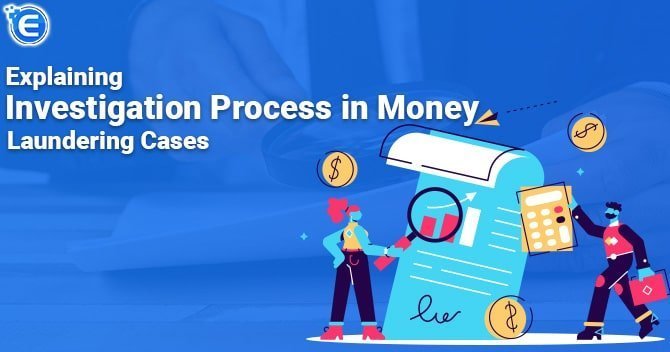 Investigation Process in Money Laundering Matter: Who investigates the cases of money laundering?

According to Section 48 & 49 of the PMLA, the officers of the ED (Enforcement Directorate) have been given powers to investigate the matters of money laundering. The officers can also initiate proceedings for attachment of property and prosecution in designated special court.

The investigating officers have the following powers:

The investigation process in money laundering cases is specified below:

These schedule offences are related to 30 statutes as provided in the schedule of the PMLA from Part A to C.

The government has tried to make money laundering a separate offence, and an amendment was made in this regard also. Different aspects of amendments were challenged in the apex court in a number of cases.

It may be noted here that the copy of the ECIR is not made routinely available to the accused, unlike in case of FIR. Here the contentious part is that the accused is unaware of the reason why he is being investigated by the ED. The practice of not giving the ECIR copy was challenged before the Supreme Court of India, and this issue was raised in Rajbhushan Omprakash Dixit case, but the matter is sub-judice.

The person against whom the ECIR has been registered or a person who can be associated to the case, is issued summons by the ED to record his/her statements. Therefore the receiver of such summons is required to be present in person or through his representative at the office of the ED.

Unlike in case of normal offences under IPC wherein the statement given to the police authorities is not admissible as proof due to Section 162 of the CrPc and Section 25 of the Evidence Act in money laundering cases, any statement given to ED under Section 50 will be admissible and it can be held against the accused during the trial. In case the accused resile from the statement made earlier, then such person can face action under Section 193 of IPC.

The provision dealing with this investigation part is Section 19 vide Section 45 of the PML Act. It provides that in case where the concerned officer, with the evidence he has, has the reason to believe that the person is involved in the offence of money laundering, then the officer has the authority to arrest such person. The arrested person has the right to know the reason for such arrest. Moreover, the person arrested must be brought to the Special Court or Judicial Magistrate or to the Metropolitan Magistrate within 24 hours of his arrest.

According to Section 45, money laundering offence is both cognizable and non-bailable where the bail cannot be availed from the ED but by Special Court.

The investigation process is one of the fundamental processes under the PML Act. Some of the critical provisions relating to the investigation process in money laundering cases are pending before the Supreme Court. Further, one can see contradictory judgments from various courts on different aspects of PMLA. Therefore there is a need to fill these gaps by the judiciary and legislature. PMLA is one of those acts which has been amended quite a few times now.

Reassessment should be conducted by...

In the case of M/s. Aztec Fluids and Machinery Pvt. Limited, the honourable Gujarat High Court...

Can Third Party Rights Be Protected...

The Prevention of Money Laundering Act (PMLA 2002) was introduced to prevent the crime of legal...

What Are The Different Types Of Aud...

Often people come across audit reports and the opinions given in them as complex and hard to un...