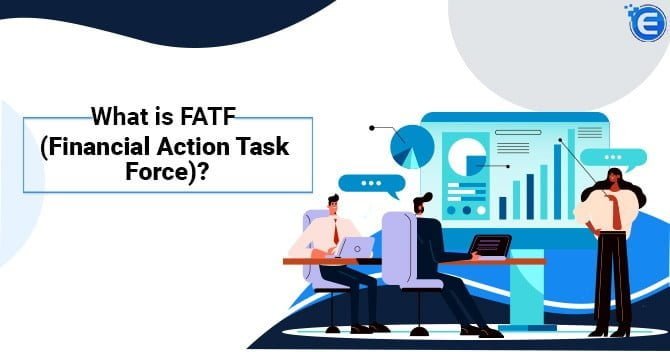 The Financial Action Task Force was formed in 1989 to develop policies against money laundering. It is the international standard setter to fight terrorist financing and money laundering. As the threat of money laundering was growing across nations, FATF was set up to help eliminate this threat. In this article, we will understand the significance of FATF.

FATF is an inter-governmental decision making body that was established by G7 summit held in Paris. It is a body that functions to produce national legislative and regulatory reforms in money laundering. The FATF Secretariat is situated in Paris, France.

The FATF scrutinizes techniques and measures and reviews if the present national and international policies are enough to tackle the threat. FATF monitors compliance with 40+9 recommendations using two-pronged strategy.

Global efforts to tackle the menace of money laundering and terrorist financing have been made in a manner to dethrone criminal and terrorist organizations through financial operations. The strategy looks to deprive them of the means to know how their financial networks function to prevent future operations.

The recommendations are aimed to provide counter-measures against money laundering cover the criminal justice system, financial system and regulators with international cooperation. Further, they provide principles and minimum standards for action. Countries can choose to implement the details of these recommendations as per their likeness to fit them to their own constitutional framework. Various countries have come forward to implement them in order to tackle money laundering.

The recommendations were published in 1990 and then it was revised in 1996 and 2003. They are reviewed and updated to consider changes or anticipated changes in money laundering trends. In 2003, FATF made changes to the scope of recommendations and included designated non-financial businesses and professionals. The amendments of 2003 applied for the first time, customer/client due diligence and record keeping practices, to designated non-financial businesses and professionals.

They must report transactions that are suspected of being linked to money laundering to the concerned authorities.

The FATF focuses on 6 areas that can reduce the potential for the abuse of financial system as well as financial crimes. These areas are as follows:

FATF seeks to identify countries that do not comply with the FATF recommendations. Based on the reviews by International Co-operation Reviews Group, jurisdictions can be identified publicly in one of the two public documents of FATF, which is issued thrice a year.

FATF has updated its standards to include measures for implementing targeted financial sanctions pertaining to the proliferation of weapons.

FATF performs peer reviews of every member on an ongoing basis with an objective to assess implementation levels of the FATF recommendations, extending an in-depth description and analysis of every nations’ system to prevent criminal abuse of financial system.

FATF focuses on the link between corruption and money laundering as both are committed to obtain or hide financial increases.

What was the need of Financial Action Task Force?

Considering the threat posed by money laundering, it was necessary to form a body such as FATF. By its very nature, money laundering is a tainted tactic performed by criminals which happens outside of the normal range of economic and financial statistics.

If we look at the money laundering statistics as per UN, we realize that money laundering ranged between US Dollars 590 billion and US Dollars 1.5 trillion. This tells us the magnitude of money laundering, which can impact businesses, society and economies of nation. Money laundering is a threat to the functioning of financial system of a country therefore, it was imperative for nations to bring forth something like FATF.

In response to the growing concern of money laundering, the Financial Action Task Force on money laundering was formed by the G-7 Summit in Paris in the year 1989. One of the first tasks for FATF was to develop Recommendations that lays down measures that national government must take to implement anti-money laundering programme.

The legal denotation of the term Money Laundering is to process illegally obtained money throug...

A look at some of the biggest Finan...

Financial scams have hit the economy of nations across the globe. These scams have cost billion...