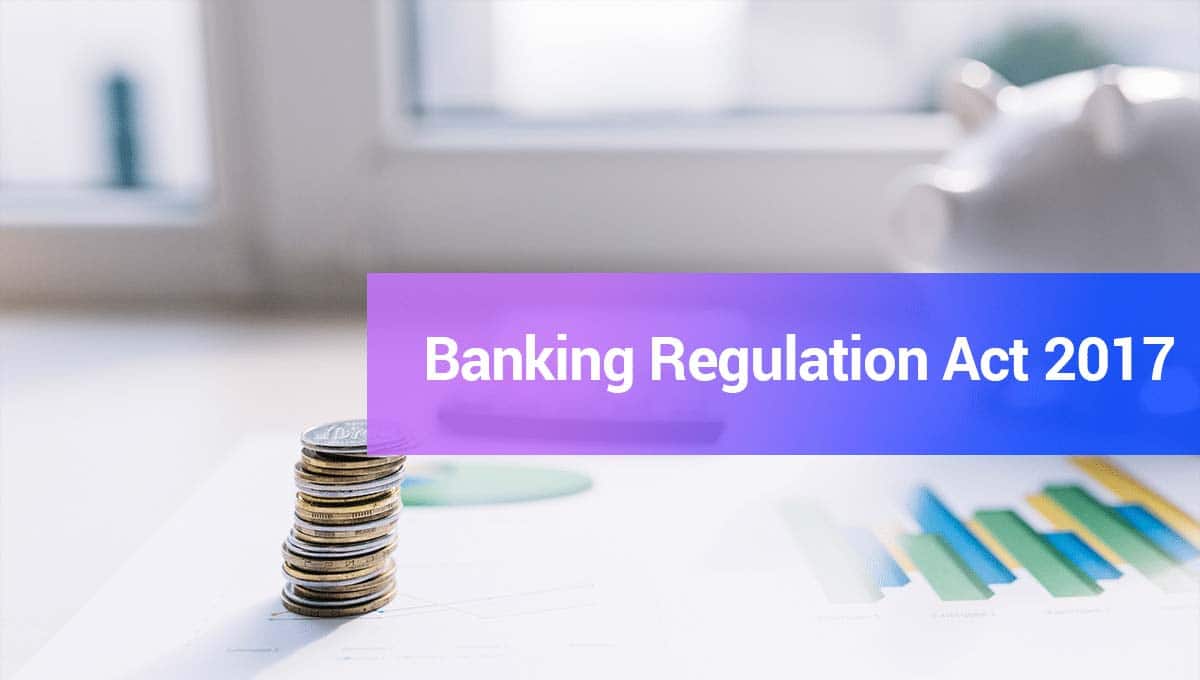 The Banking Regulation Act 2017 was promulgated on May 4, 2017, with a view to correct the current condition of the Banking sector. The condition of Banking Company(s) currently prevailing in the Indian Economy on account of Non-Performing assets is a well-known fact. This bill was promoted as a measure to curb all the stress, difficulties, and hardships being faced by the banking sector at current times especially in the case of public sector banks.

Public Sector Banks provide huge loans to various corporate institutions in the hope of further expansions, which further default in the repayment of loans due to various reasons. This calls for regulatory action against the defaulters.

In this article, we will discuss in detail about the key aspects of the Banking Regulation (Amendment) Bill, its advantages and implications.

There were various reactions to the introduction of the bill. It was declared to be a hopeless and desperate move on the part of the ruling government by the opposition. Many economists consider it as not much beneficial for reviving the condition of the Banking Company(s).

What are the objectives of the Banking Regulation (Amendment) Bill?

RBIs move after the promotion of the Banking Regulation bill:

Soon after the acceptance of the bill, the Reserve Bank of India issued a directive introducing certain changes to the existing regulations on dealing with stressed assets, NPA meaning, restructured loans, written off assets.

Stressed Assets act as an indicator of the health of banking companies. They can be defined as the sum of Non Performing assets (NPA), restructured loans and Written off assets.

2. Meaning of NPA: Non-Performing Asset (NPA) is a loan, which has been due for repayment for a period of 90 days or more.

What changes did RBI introduce in the Banking Regulation dealing with stressed assets?

The following changes were introduced in the regulations:

Are there any issues identified in the Banking Regulation bill?

Although the bill was promoted with a view to correct the present scenario of the Banking Sector in the country, some major issues can be identified in the bill.

No doubt the Bill gives power to banks to trigger actions in case of any corporate default but they might face certain difficulties in initiating the proceeding. There are high chances that bankers might fall under political pressure if they try to initiate any proceeding against politically connected or otherwise powerful corporate defaulters.

Once the proceeding s are initiated, the same will be followed by investigations by various investigating agencies such as the Central Vigilance Commission (CVC), Central Information Commission (CIC), CBI, or the Comptroller and Auditor General (CAG). Some bankers might restrain from taking any action due to fear of investigations and subsequent prosecution by the courts.

One major question this bill has raised is whether it is helpful enough to change the current scenario of the Banking Institutions? Will it be able to solve the problem of ongoing NPAs? Will it help prevent NPAs in the future? As already discussed, there might be fear on the part of bankers of being pressurized politically or being prosecuted by investigating agencies on the initiation of any insolvency resolution. Due to these reasons, Bankers may refuse to trigger any against defaulters. This way the very purpose of the Banking Regulation Bill may fail.

Right to Education in India: Everyt...

What is your perspective about education? The common answer given by everyone is that it is a w...