Agricultural Sector is predominantly the backbone of the Indian economy. Most of the population in India directly and indirectly depends on the agriculture sector. However, in this sector farmers are the most deprived in the chain of agriculture process. They do not have access to technology and digitization due to lack of knowledge and shortage of funds.

Due to this the Government of India, headed by the Alagh Committee examined the matter in advance. This committee came out with a whitepaper to increase the benefits for farmers in deprived sector.

In 2002, the term producer company was brought out. Due to this the status of producers and agriculture individuals has drastically improved. Till date the government has brought out different measures to improve the status of farmers.

Hence from the above it can be understood that a producer company is a mix between a co-operative society and a company incorporated as a private company under the provisions of the Companies Act. Under section 465(1) of the Companies Act, 2013 the members have to be actively engaged in activities related to production.

More than ten members are required for incorporation of a producer company. The liabilities of the members are limited to the amount of unpaid share capital of the company. It is crucial to go for the producer company registration process, as the members would get added benefits of technology, market information and opportunities related to seed funding.

Objects of the Producer Company

The main objects of the producer company are: 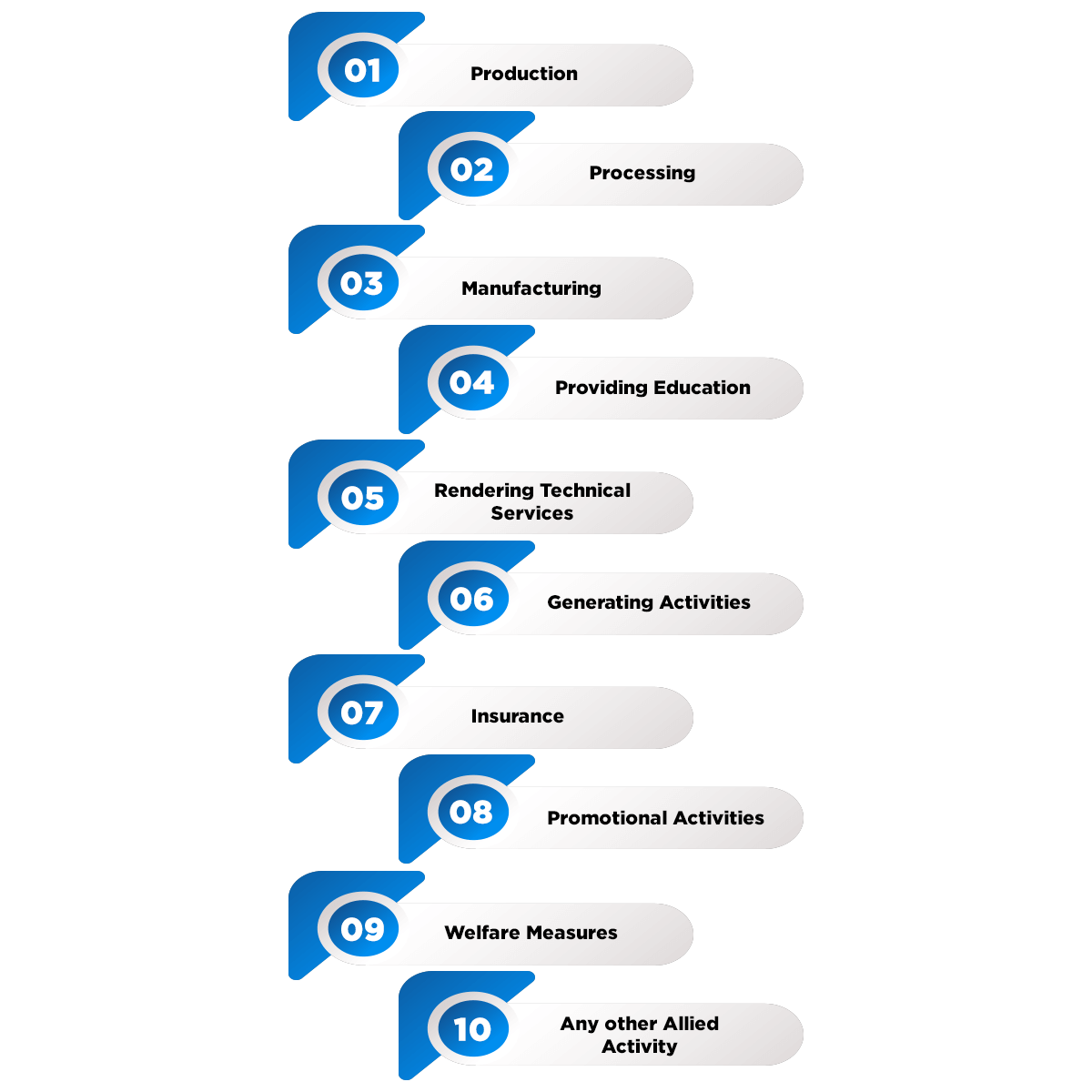 Production activities can include any form of production or any other activity which relates to harvesting, grading, procurement, pooling, marketing or export of agriculture produce outside the country.

Processing would include any activities related to processing. This will include preserving, distilling, drying, brewing, vinting and canning related activities.

Education and other activities which relates to mutual based activities to the members and directors of the producer company.

Technical services would include any technology-related services. Consultancy services and any research and development (R & D) would also be an integral part of a producer company.

Any activities related to insurance of producers and primary producers.

Activities related to the promotion of technology and allied services would be included under this.

Any producer company that comes out with different processes related to welfare measure for agriculture produce.

Any other activity which is incidental or allied to the above activities which are carried out will be included in the meaning of a producer company.

The following are benefits of producer company registration: 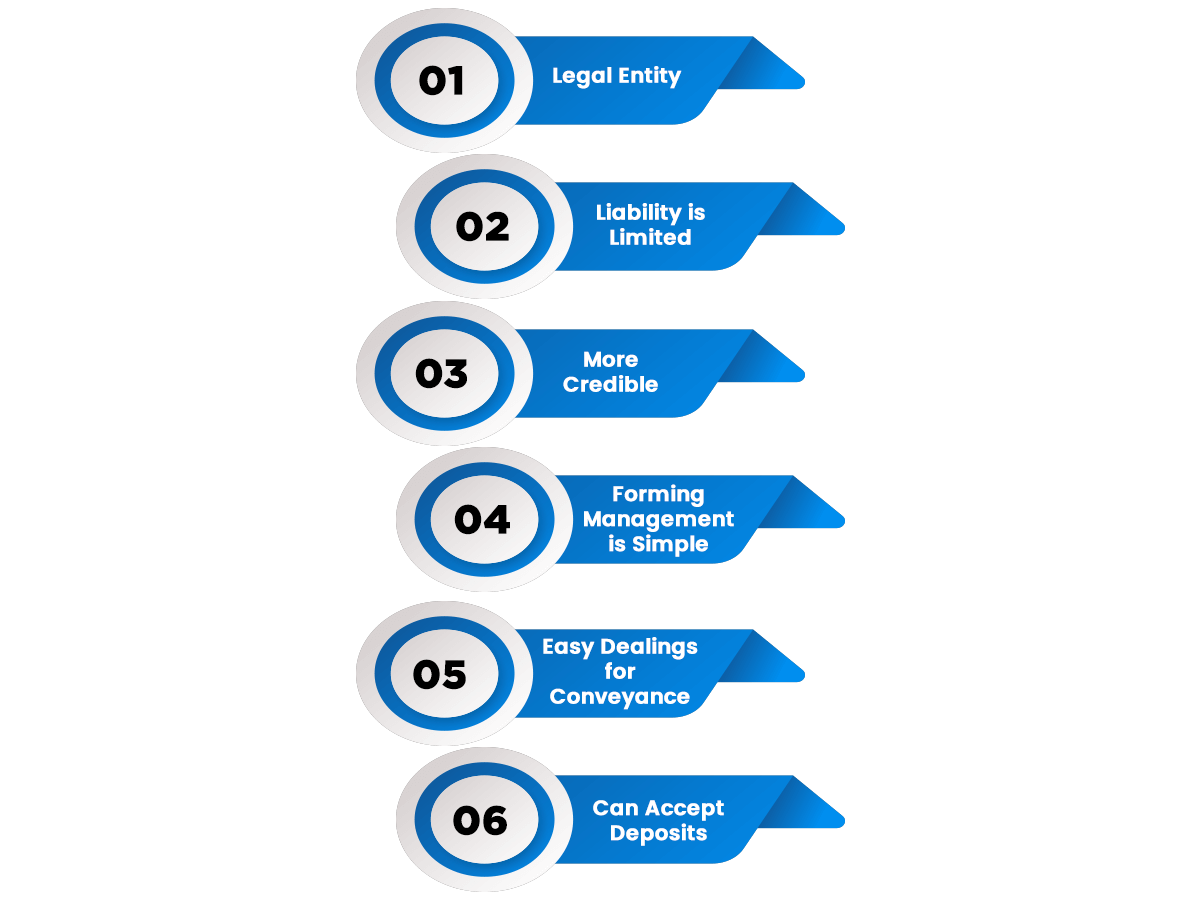 The principle of separate legal entity would apply to a producer company. When a company is incorporated as a producer company, the liability of members and directors is limited to a specific amount of capital. This capital is the measure of the unpaid capital related to the company. Any third-party creditors will not go after the personal assets off the members and directors for any debts payable by the company.

By incorporating a producer company, the members get additional benefits such as increased transparency and credibility. Other advantages would be increase in access to technology, digitisation and seed funding processes. Apart from this, members of the public would also find this form of entity credible to invest in.

Forming the management in the company is simple when compared to other business structures. The company must have members and directors in compliance with the requirement of the act. All particulars relating to management have to be submitted to the Registrar of Companies (ROC).

A producer company can accept any form of deposits. These deposits would include any form of fixed deposits or recurring deposits.

The following requirements have to be met to incorporate a producer company: 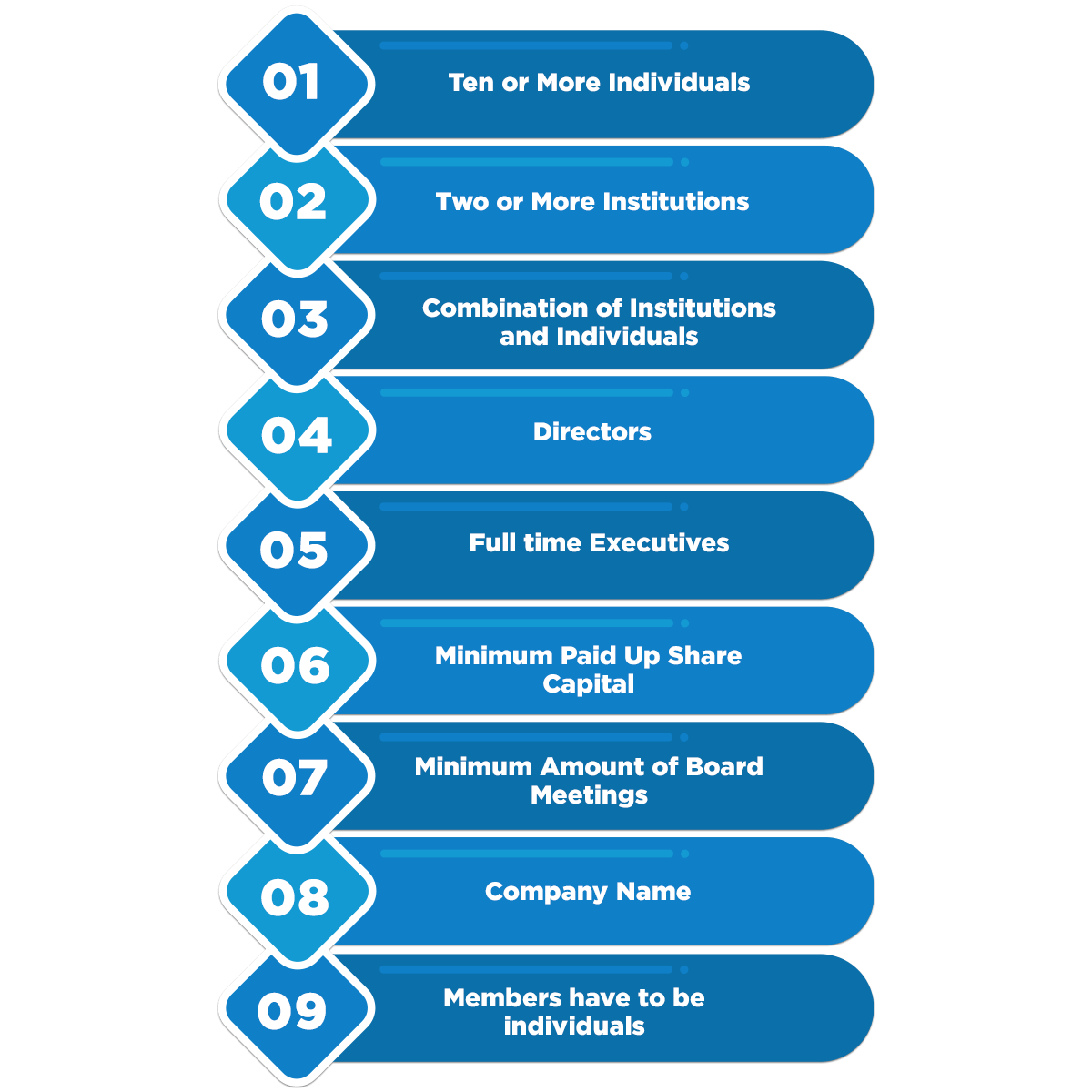 Ten individuals who are natural persons are required for the formation of a producer company.

Two or more private registered companies can also register for incorporating a producer company. Either 10 or more individuals can start the producer company or along with institutions.

Either the above requirement can be satisfied or institutions and individuals can combine to form the producer company.

Apart from directors and members, the entity must also have a full time Chief Executive Officer (CEO) to overlook the operations of a producer company.

Annually the producer company must have at least four board meetings.

All the members of the producer company must be individuals.

Procedure for Incorporation of Producer Company 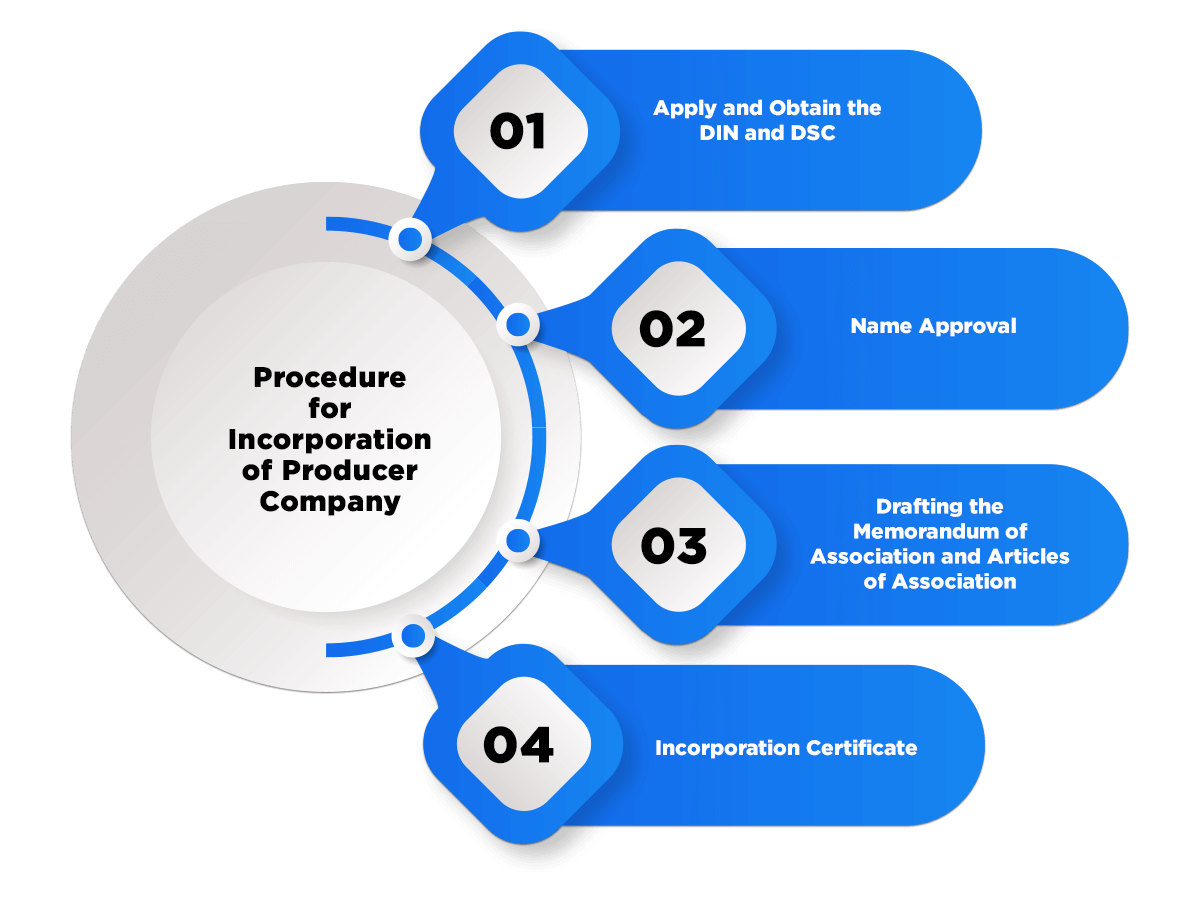 After the above step, the process of name approval for the producer company must be initiated. The name approval process can be initiated by applying for the MCA (Ministry of Corporate Affairs) and the ROC. This can be done by considering the RUN process (Reserve Unique Name). After this procedure is carried out, the ROC and MCA will check for the name availability. If the name is available, then within 20 days of the application, the applicant has to make the process for securing the certificate of incorporation.

The next step, is carrying out measures related to drafting the memorandum of association and articles of association. This must be done after the documents with the SPICe Form are submitted. An affidavit with the same must be signed and provided by the members of the company indicating their purpose.

This bill is also known as the Farmers Produce Trade and Commerce Bill, which brings out many remunerative benefits for farmers. This bill supports the requirement for trading between states.

This amendment would be applicable to any form of commodity which is considered to be essential. Any form of government control is present on the commodities under this act.

Any company which is incorporated under the Companies Act 2013 or previous company law 1956 with the main object of carrying out activities such as grading , production, harvesting, retailing, exporting or importing products is understood as a producer company.

No any producer company cannot deviate from the main objects of the business.

The producer company has the structure of a co-operative society along with the private limited company. The government have brought out different form of benefits for producer companies by introducing different advantages used in the above structures.

This entity can rely on the following forms of finance:

• Credit Facilities- This will be offered to the producer company only for a minimum period of 6 months.

• Any Loans provided by NABARD- Any loan or money provided by the National Bank for Agriculture and Rural Development. A special fund known as the Producer Organisation Development Fund (PODF) which is worth more than 50 crores has been set up the by NABARD. This fund is worth Rs 50 Lakhs.

The producer company has to follow the below compliances:

• Get its annual accounts audited by a practising chartered accountant

• Have minimum of four board meetings

One of the major tax benefit derived by this form of entity is that any form of agriculture income is exempted from the requirements of income tax. This provision is present under section 10(1) of the Income Tax Act, 1961. Income which is derived from the production of tea is exempted up to 60%.

Yes there has to be a minimum number of members for this form of entity. However, there is no upper limit on the amount of members in a producer company.

Above from the above benefits, a producer company would have perpetual succession. This means the company can succeed its members and directors.

All you need to know about Producer Companies Rules 2021

Farmers have been subjected to face a lot of issues relating to not getting a fair price for the products they grow. Some of the reasons for the lower pric...

This Farmers Agreement on Price Assurance and Farm Services Act, 2020 was passed to fulfil the objective to provide a national framework to provide an agre...