What is Production Linked Incentive Scheme? 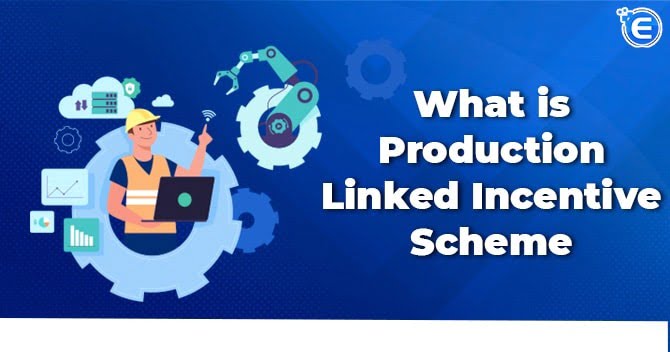 The production linked incentive scheme was introduced first in 2020 with a view to boost domestic manufacturing. This scheme has been launched in 13 sectors identified by the government with a total outlay of approx. 2 lakh crore rupees. It also aimed at encouraging foreign companies to find workforce in the country and thus generate employment. In this article, we shall discuss the main aspects of this scheme.

The Production linked incentive scheme is an initiative that provides incentives to domestic industries to boost domestic production. It involves financial incentives for businesses to augment their output, whether in the form of tax rebates, lowered import and export duties or land acquisition norms. This scheme has been launched in line with India’s Atmanirbhar Bharat[1] Campaign.

This scheme was introduced with four objectives-

Some of the main features of this scheme are as follows:

Expansion of this scheme

By expanding this scheme to these sectors, government seeks to achieve the following targets:

How can you apply for PLI scheme?

The Indian economy is dependent on production based sectors for its growth. Hence to support their growth and development and enhance the revenue, the central government introduced the Production Linked Incentive scheme. The PLI scheme assists beneficiaries in concessions on import & export duty, tax rebates, affordable land acquisition, etc.

Is Influencer Marketing Right for Y...

If you are older than 30 or do not spend a lot of time on the Internet, there is a good chance...

After sheer research, we are presenting you with the Top 10 Marketing Ideas for Small Businesse...

The ministry of corporate affairs has come up with the scheme for Condonation of delay and it i...