What do you mean by Microcredit in India? 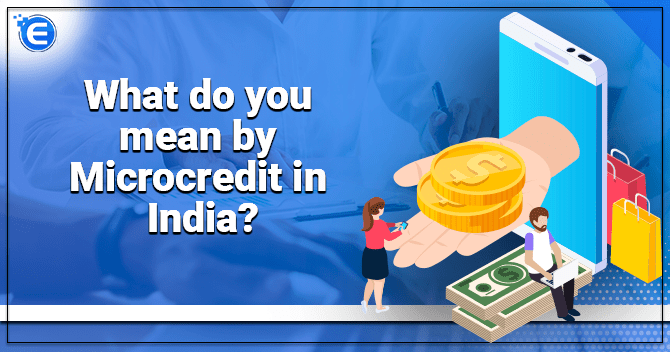 Microcredit has been explained as the provision of thrift, credit and other financial services and products to the deprived class of people in rural, semi-urban and urban areas for enabling them to raise their income levels and improve their standard of living. Microcredit Institutions are those, which provide these facilities. Reserve bank of India (RBI) encourages the commercial banks to expand the coverage of microfinance in India.

Microcredit is the extension of very small loans (microloans) to impoverished borrowers who typically lack collateral, steady employment, and a verifiable credit history. It is designed to support entrepreneurship and reduce poverty. Microcredit is part of microfinance, which provides a wider range of financial services, especially savings accounts, to the poor.

The following points are applicable to Micro-Credit Company in India:

How is Micro-credit different from Micro-finance?

Microcredit involves small loan that is provided at low interest rate to people below poverty line whereas Micro finance refers to broad spectrum of financial services which is provided to low income group people.

By providing microcredit, companies have been able to provide financial services or products to the deprived class of people in areas that are not well developed and enable them to raise their income levels and improve their standard of living. In case you need more information on Micro-credit Company, contact Enterslice.

Read our article: Role of MFIs in Rural and Small-Scale Sector

Is Director Salary Allowed at Micro...

A finance company which provides the finances to lower-income groups is known as a Micro financ...

Analysing the Impact of the new Mic...

The Reserve Bank of India had notified about the regulatory framework governing microfinance lo...