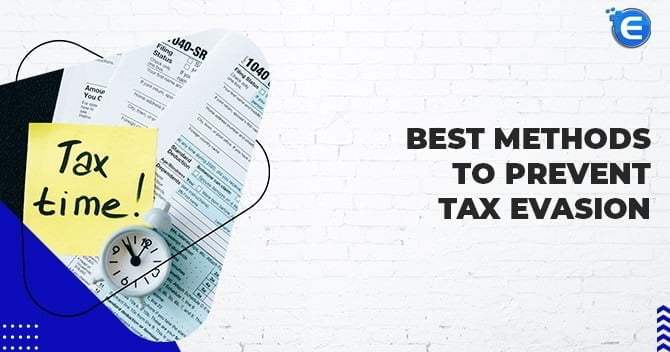 Tax evasion is an unlawful conduct in which an individual or business avoids paying a genuine tax due on intentionally. Tax evasion is committed to reflect less profit in order to avoid paying taxes. It includes concealing or fabricating income, exaggerating deductions without proof, failing to disclose cash transactions, and so on. Tax evasion is a severe violation that may result in criminal prosecution and significant fines.

Taxes are never simple to support since most people dispute the idea of handing up a portion of their earnings to a government, but the truth is that taxes are an essential source of revenue for the government. This is the investment money in various development projects aimed at improving the condition of the company. However, the country has always struggled with tax evasion. Those who must be paying taxes have discovered means to avoid paying them, which as a consequence, the country’s income may be considered to be suffering.

Smuggling, evasion of income tax, evasion of sales and value added tax, evasion of customs duty, evasion of wealth tax and evasion of excise duty are all ways for people to avoid paying taxes in India. Furthermore, administrators accept bribes and assist in fabricating claims rather than reporting to tax authorities. To avoid tax, idealists deliberately neglect to file returns, submit fraudulent returns, submit fake certificates to get deductions, exemptions, and claim low income, charging personal costs to revenue, failing to pay dues on time, and so on.

There are 2 categories to failing to pay taxes once they are due. The first is tax evasion, whereas the second is tax avoidance. The distinction between both of them is that tax avoidance is just discovering a loopholes that exempts someone from paying their taxes and is not strictly criminal, but tax evasion is simply failing to pay taxes when they are due, which is completely unlawful. Below mentioned are a few ways people can avoid/evade paying taxes.

This is the most basic technique for someone to evade paying taxes. They just will not pay it to the government, even when required. An individual who engages in this type of tax evasion will not pay the tax, willingly or unwillingly, before or after the due date.

Whenever particular articles are moved from one place to another, across international or state boundaries, a tax or fee may be levied. Yet, many people may shift these products in secret in order to avoid paying such taxes, therefore evading the tax entirely.

In certain circumstances, when an individual files their taxes, they may provide misleading or inaccurate information to reduce or avoid paying the tax. This is also considered tax evasion because comprehensive information is not supplied, and they may be paying less than they need to.

The taxes that an individual or organisation shall pay may be determined by the financial transactions that occurred during the assessment year. If fake financial papers or accounts books are provided, showing incomes that are less than what was originally generated, the tax may be reduced.

Particular exemptions and privileges may have been granted by the government to certain strata or sections of society to guarantee they have a bit more financial flexibility to advance. In certain circumstances, members who do not qualify for such benefits will have documentation prepared to support their claim of being a member of such group, allowing them to claim exemptions when they are not qualified.

This may be considered one of the most frequent ways of tax evasion. In this scenario, the individual simply does not record any income received throughout the fiscal year. They successfully evade tax by not reporting any income and without paying any tax. The most basic illustration will be a landlord who has maintained tenants but has not told the officials that he has rented the home and is earning money from it.

There could be a case when a particular amount of taxes is owed and the individual is unwilling to pay it. In that scenario, he or she may really propose a bribe to officials in order to avoid paying the tax and making it ‘disappear.’

We’ve all heard stories about Swiss bank accounts. Offshore accounts are accounts kept outside of the nation, and information about transactions in these accounts is not reported to the income tax department, allowing the owner to avoid paying any and all taxes on the wealth.

The Most Effective Ways to Avoid Tax Evasion

The Indian government has taken the following efforts to combat tax evasion. Tax evasion is considered a crime in India. The government imposes prosecution and penalties under several Acts. The Income Tax Department has implemented an income tax reward scheme that compensates informants on tax evasion. Recently, India and the United States reached an agreement to prevent Americans from evading taxes through Indian financial institutions. The Special Bearer Bond Scheme (Immunities and Exemptions Act, 1981[1]) allows those who have black money to invest in special bonds. Another was the Voluntary Compliance Scheme (Amnesty Scheme).

The government raised the tax bracket, lowered the deduction rate, and expanded lawful tax evasion techniques. Recently, the government established the Tax Administration Reform Commission to make fundamental changes to tax affairs in order to simplify and streamline tax operations. Previously, India established various committees such as the Taxation Enquiry Committee, the Indian Tax Reforms Committee, and the Direct Taxes Enquiry Committees, among others. The Finance Bill included a provision for auditing concealed transactions in order to combat tax evasion.

In India, people adopt a variety of techniques to evade paying taxes, ranging from filing false tax returns and smuggling to forging papers and bribes. The government has imposed different punishments for tax evasion. The penalties for this are severe, ranging from 100 – 300% of the tax for unreported income.

Read our article:The Concept of Tax Evasion and Tax Avoidance: Definition and Differences

The professional tax is calculated according to the monthly salary slab of an individual. Such...

Know whether you are required to Pa...

Professional tax is imposed by the state government via article 276 of the Constitution of Indi...