Resignation and Removal of Auditor under Companies Act 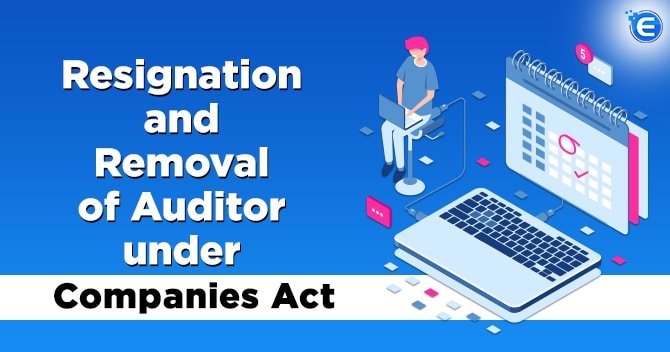 The Companies Act 2013 has changed the rules of the game. There has been a paradigm shift in the provisions relating to the appointment or removal of Auditor. We will take a look at it in this article.

Who is an Auditor?

An Auditor is a person who reviews and verifies the accuracy of financial records and ensures that the company complies with the tax laws. Whether appointment or resignation, all are to be served to the ROC.

Need of an Auditor

All the companies registered under the Companies Act, 2013[1] or any previous Company law, whether public or private and whether having a share capital or not, are required to maintain proper books of accounts under the provisions of the Act.

Companies have also to get their Books of accounts audited as required under the Act. An audit is an examination of accounting records undertaken with a view to establishing the correctness or otherwise of the transactions reflected therein. It involves intelligent scrutiny of the books of account of a Company with reference to documents, vouchers and other relevant records to ensure that the entries made therein give a true picture of the business. Therefore, there is a need to appoint a Statutory Auditor.

It may be noted that an auditor who is appointed by the company in general meeting cannot be removed by the board of directors of the company before the expiry of his term.

1. A situation where Central Government’s prior approval is required for removal of auditor through Special Resolution:

The auditor can be removed through before the expiry of his term by following the procedure as given below:

2. To remove any auditor before the expiry of his term, the following steps/procedure needs to be followed:

Removal of Auditor by Special Resolution will be considered as a Special business for Section-102.

Example: M/s ABC & Co. is an auditor of Tata Ltd. The company wants to remove M/s ABC & Co. in December 2017. Prior approval of CG and other procedure as prescribed under the Act needs to be followed.

The application for removal of auditor before expiry term should be made in Form ADT-2 to Central Government.

Following Compliances to be done by the auditor for resignation:

Form ADT – 3 An auditor who has resigned should file Form ADT-3 within 30 days time from the date of resignation.

Auditors are required to be rotated or changed periodically every five years by the company in order to maintain compliance with the Companies Act 2013. For this special notice should be given stating that a retiring auditor won’t be reappointed. Based on that notice, the auditor can make a representation to the company, accepting or contesting the change.

The Companies Act permits resignation and removal of auditors. Removal can be executed by passing a special resolution whereas resignation can be done by submitting resignation letter to the board of directors. Explore our blogs for rich information on various aspects related to Companies Act.

Read our article: Procedure for Issuance of Duplicate Share Certificate

Direct Selling It is advisory to the state government and union territories to implement the mo...

Importance of Design Registration i...

In today’s world uniqueness is one of the most important characteristics for selling your pro...

An Independent director is a director or a member of board of directors who does not have any m...