Enforceability of Options under FEMA 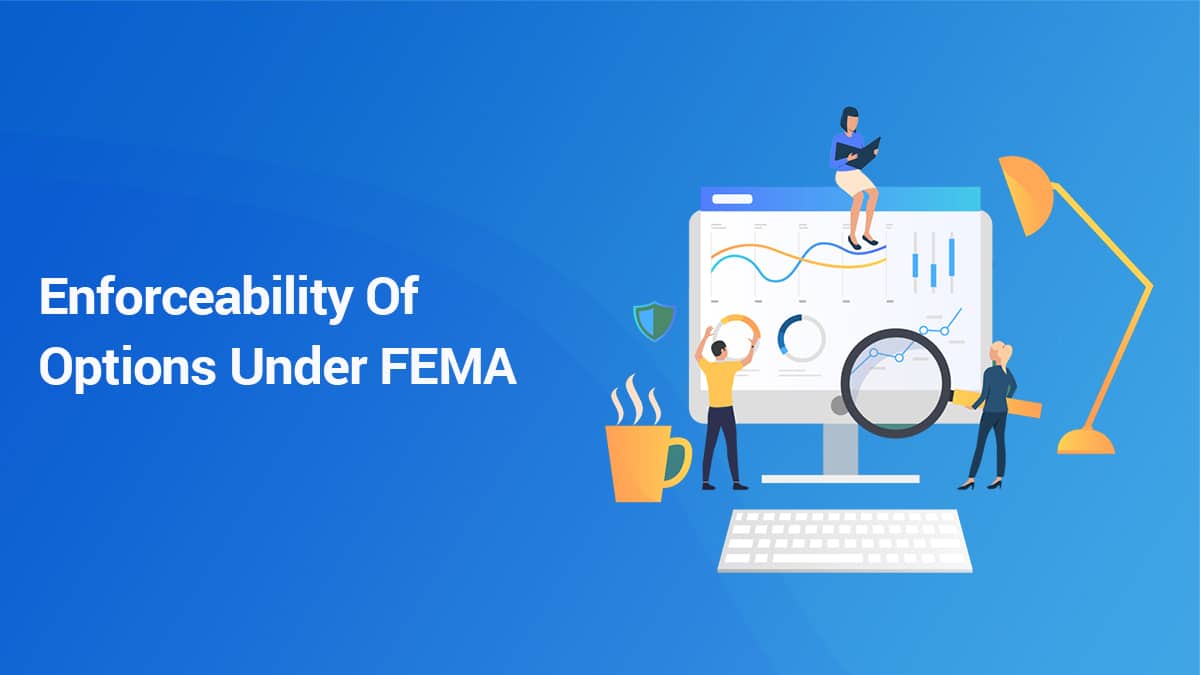 An option contract is a kind of derivative contract wherein one party is given the right to exercise its option of buying or selling the securities or assets of the contract to the other party as per the Foreign Exchange Management Act 1999 (FEMA). The right of buying or selling options exercised on the occurrence or non-occurrence of certain specified events in the future. The timeline within which the option can be exercised is also specified. The price of the options under FEMA may be pre-determined by the parties.

What are the Types of Options under FEMA?

Under the Foreign Exchange Management Act 1999, there are two types of options:

How Does a Call and Put Option Work Under FEMA?

Enforceability Issues of Options under FEMA

Enforceability of options under FEMA contracts has always been controversial. It has been facing issues from a long time under the provisions of the different Regulatory Frameworks.

The Securities & Exchange Board of India (SEBI) initially prohibited option contracts in securities considering them as undesirable transactions. Further, SEBI also held option contracts to be illegal as per the provisions of SCRA as they were not in the nature of spot contracts.

Further, SEBI also mandated that option contracts would have to comply with the Foreign Exchange Management Act, 1999 (FEMA) and the regulations framed there under by the Reserve Bank of India (RBI).

Though SEBI made it clear that the said notification would not affect or invalidate any contracts that were entered into prior to the date of the notification, it did not provide any clarity to the enforceability of the already existing agreements.

Through RBI circulars dated 9 January 2014 and 15 July 2014, the permission to enter into option contracts by unlisted companies was granted subject to the following conditions:

Again, the above amendments brought much clarity to prospective foreign investors who are seeking to enter into option contracts with unlisted Indian Entities, but it did not provide any clarity to the enforceability of various already existing option contracts.

Other Enforceability Issues of Options under FEMA Relating to Arbitration Clause

Though SEBI and RBI through their circulars brought clarity in the enforcement of options in certain cases, the complexity of issues in enforcement of such option contracts is much wide while dealing with foreign investments.

One common mode of Fundraising entered into by Indian Companies is by entering into a contract with Foreign Investors. They enter into shareholders’ agreements to initiate the fund raising process. Such shareholders’ agreements entered into by Indian companies with foreign Investors include clauses from foreign laws too. One of such clauses is the arbitration clause. Sometimes such agreements require disputes and conflicts to be settled in the foreign land. As per foreign laws, option contracts are easily enforceable without any legal issues.

But it is often seen that Indian companies tend to defense such arbitration awards using SEBI guidelines and RBI prohibitions as a defense mechanism.

And it is quite interesting to note that, these arbitration awards can successfully be challenged in the Indian judicial system as they are considered as being opposed to public policy.

Despite relaxing moves of the SEBI and RBI towards the enforceability of contract options in stocks or securities, their enforcement still faces issues due to certain prohibitions. Also, different provisions of different regulatory frameworks add more to the ambiguity of the enforcement procedure. As a result, the parties to the contract often fail to freely exercise their rights. While recent judicial judgments can be seen as a progressive step towards their easy enforcement, yet there is still time before the laws relating to enforcement of contracts exhibit perfect clarity.

NRI Bank Account is opened by an individual who is a resident outside India but is an Indian ci...