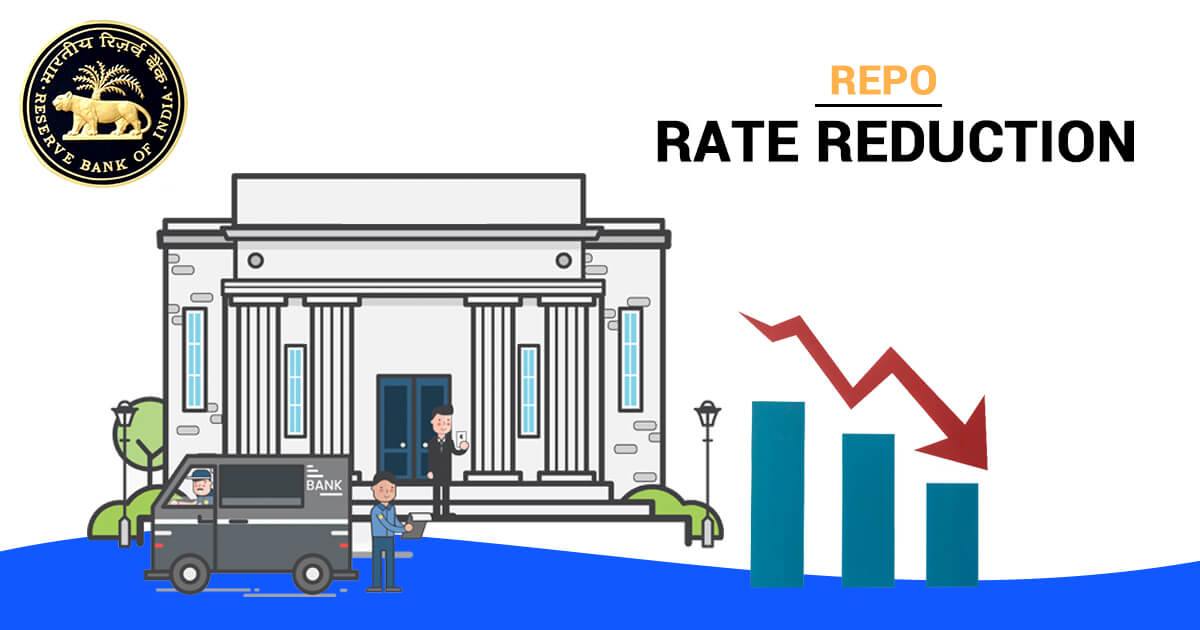 The Reserve Bank of India reduced the policy Repo Rate for the fifth time in a row. The body took this step contemplating the country’s current economic conditions. Therefore, the RBI aims to transform the current macroeconomic situation of India by making necessary changes via the Monetary Policy Committee.

What is Repo Rate and Reverse Repo Rate?

The Monetary Policy Committee announced on Friday, the fifth consecutive rate cut to support the measures taken by the government, such as reduction of corporate tax, to accelerate economic activity. The committee of experts with the aim to boost the economic activity amid benign inflation reduced the repo rate by 25 Basis points to 5.15% from 5.40%. Also, the reverse repo rate has been reduced to 4.9%. However, the minority expected a 40 Basis point cut.

The Monetary Policy Committee projected India’s Gross Domestic Product {GDP} at 6.9% for the financial year 2019- 20. Also, in the first quarter, the growth number slipped to 5%, which was the weakest in six years.  The projection of growth shows that the rate will decrease for the fiscal year 2019 – 20 from 6.9% to 6.1%. Also, the committee concluded that the reduction in growth rate is due to the weak domestic demand and sagging export prospect on account of the ongoing trade tensions.

Furthermore, the MPC stated that “Accommodation stance will be maintained as long as it is necessary to revive growth while ensuring that inflation remains within the target.”  This statement ensures room for more rate cuts in the future.

At the meeting, five out of six members voted in favor of rate cut by 25 basis points rather than a rate cut by 40 basis points. On the other hand, the MPC has retained its consumer price inflation forecast for the second half of the financial year 2019- 2020 which is expected at 3.5% to 3.7%.

The Monetary Policy Committee stated that their decisions are in consonance with the agreement to achieve the medium-term target for the consumer price index {CPI} inflation of 4%. Also, the body is ensuring the range of this inflation within the band of plus-minus 2%, while supporting the growth.

What is Repo Rate and Reverse Repo Rate? Repo Rate is the rate at which the Reserve bank of Ind...

RBI has permitted Banks to lend to InvITs , while keeping certain conditions in mind As per RBI...

Guidelines mandated by RBI on Regul...