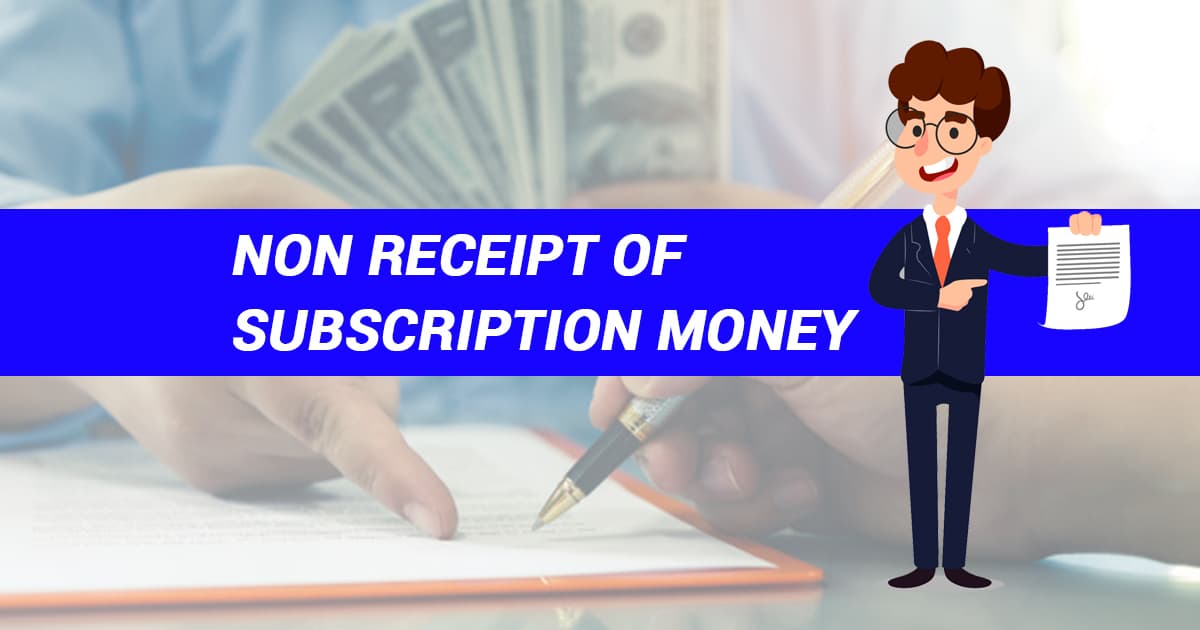 As per the Companies Act, if any entity has been formed for the lawful purpose it requires Capital to carry out the business. Such Capital is infused by the Individual or Corporates by subscribing the shares of the entity, such shares have a nominal value which is to be paid by the subscriber and deposit the number of shares in the bank account of the Company termed as “Subscription Money”. If such money is unpaid then it will attract the penalty for the same.

Who is Subscriber and who can be?

Subscriber is the first shareholder of the Company. The Company is a separate legal entity which requires the members who can carry out the business.

The member who is intending to subscribe to the shares of the company indicates his name address occupation and the number of shares subscribed along with the signature in Memorandum of Association. By signing of subscriber sheet, they give the consent of becoming the member.

following are eligible for being the subscriber:

How many subscribers are required for the formation of the Company?

Until and unless the amount of shares is not fully paid up the subscriber cannot transfer the shares nor allotment of any shares be made. It becomes the obligation to pay the full amount of the shares subscribed.

Also, Read: Why Articles Of Association Is Important For Your Business.

What is the Subscription Money?

The subscriber who is subscribing the shares of the Company at a face value need to deposit the amount in the bank account of the Company termed as “Subscription Money”.

The subscriber subscribing to the shares will be considered as the owner of the Company.

Is there any time limit for depositing the Subscription Money?

Irrespective of whether the amount has been deposited or not, a share certificate is required to be given.

As per the Companies Act recent amendment, a Company which has been incorporated on or after 02nd November 2018, shall within 180 days of incorporation required to file the declaration by the director with the Registrar of Companies stating that every subscriber to the memorandum has paid the value of shares taken by them.

Whether the subscriber is termed as Member?

As per Section 2(55) of the Companies Act, 2013 hereby mentioned that subscriber who is subscribing to the shares in Memorandum shall be deemed to be considered as Member of the Company and on its registration, it shall be entered in Register of Members.

What is Register of Members?

As per Section 88 of the Companies Act, 2013 every Company is required to maintain the Register of Members in the prescribed format for each class of shares issued and held by each member.

However, the subscriber is also considered a member and it hereby cleared that the name of Subscriber will be entered in the Register of Members.

If the subscription money is not received, will there be any impact on the reduction of the paid-up capital?

If the subscriber did not make any payment of the shares subscribed to the Company, then debts due from the subscriber should be shown in the balance sheet but there will be no effect on the reduction of the Paid-up capital.

Consequences on non-receipt of Subscription Money

When the shares are issued by the Company it has the option of calling the shares i.e. either to pay in full or in instalments as and when the requirement arises. Further, the Board of Directors is required to pass the resolution for making a call on shares on each instalment.

The Company gives the 14 days’ notice to the shareholder to pay the number of shares and if not paid within the said period of time and shareholders are not willing to pay, Company has the power to forfeit the shares.

If the share is subscribed by the subscriber it becomes the obligation for the subscriber to deposit the number of shares in the bank. Every subscriber should be aware of and fulfil the Compliance for the same.

Share Certificate is a document issued by the company to their members who have purchased the s...

Shifting of Registered Office of th...