NBFCs in India and their Future 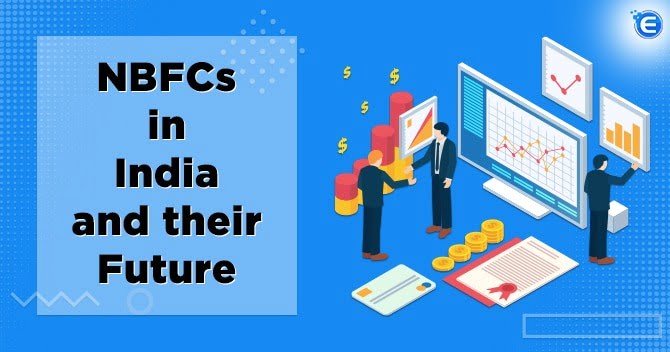 The NBFCs in India have gone through a remarkable evolution over the past few years. They are recognized as one of the critically important components of the financial system and have shown consistent growth year after year.

NBFCs play a major role in the core expansion of infrastructure, transport, employment generation, wealth creation opportunities, and financial support for economically weaker sections; thereby, making a significant contribution towards the overall development of the country.

The Regulatory Framework for NBFCs in India have gone through the phase ranging from streamlined regulations to rigid and extensive regulations and finally towards rationalization as part of the recently revised NBFC regulatory framework.

The entry point norms for NBFCs in India were introduced in the years 1996 and 1997. The following changes were laid down in the aforesaid norms:

The key issues highlighted in the G-20 summit held in November 2010 were focused on financial stability and strengthening the regulation and supervision of shadow banking. In India, NBFCs are considered similar to shadow banks, except for the reason that they come under regulatory supervision. Since then, RBI has been working towards improving the regulatory framework to put an end to shadow banking which poses a risk to financial stability.

Recent Changes in the Regulatory Framework of 2014

RBI conducted a comprehensive review of NBFC Regulations in 2014. The main aim of the framework was to focus the supervisory attention on those NBFCs that pose a risk to the financial system. Moreover, the objective was to bring operational efficiency to small NBFC.

The first and foremost step in this direction was to differentiate between systematically important and non-important NBFCs. The former were the ones having total assets of not less than 500 crores INR. These NBFCs have been subjected to more stringent regulations.

A lot of relaxations were brought in for non-systematically important non-deposit accepting NBFCs. These particularly included those NBFCs which have an asset size of more than 100 crores, but less than 500 crores. Around 11,500 NBFC fell into this category thereby experiencing greater operational flexibility.

Further customization in the regulation was introduced on the basis whether the NBFCs have access to public funds or not. Non-deposit accepting NBFCs with no public funds and no customer interface were exempted from complying with any prudential norms, thereby having the complete regulatory freedom to conduct their business activities. On the other hand, in order to avoid any misconduct behind these leverages, NBFCs-ND is required to ensure a leverage ratio of 7.

Furthermore, all the NBFC having customer interface are required to comply with governance requirements such as fair-practices code, anti-money laundering, etc., under the new framework.

The NOF requirement for all the new NBFC Registration in India was prescribed to be a minimum of 2 crores INR. Earlier, the NBFCs registered prior to 21st April 1999 were required to maintain their NOF at 25 lacs INR. The limit for the NOF for all the NBFCs has been increased, keeping in view the need for the adoption of advanced technology, and to ensure sufficient capital base for diverse activities.

The requirement of the Prior Written Approval

As per the new regulatory directions, the prior written permission of the Reserve Bank of India is being required in the following situations:

NBFCs are evolving as better substitutes to the conventional banks for meeting the financial needs of various sectors. However, to attain and maintain proper growth, they have to focus on their core strengths while continuously working upon their weaknesses. They need to be very vibrant and shall constantly attempt to search for new products and services in order to survive in this ever-competitive financial market. Due to the innovative and dynamic nature of the NBFC sector, there is a continuous need to redesign the regulatory framework with the changing times.

Read our article: Major challenges faced by NBFCs & their solutions

The term NBFC stands for Non-Banking Financial Company which has great significance in India. I...

Government allows 100% FDI in ‘other financial services by NBFC. This is great opportunity fo...

The Consolidated Foreign Direct Investment (FDI) Policy 2016 was amended by a notification from...