How NBFCs are Solving Credit Deficit for MSME’s? 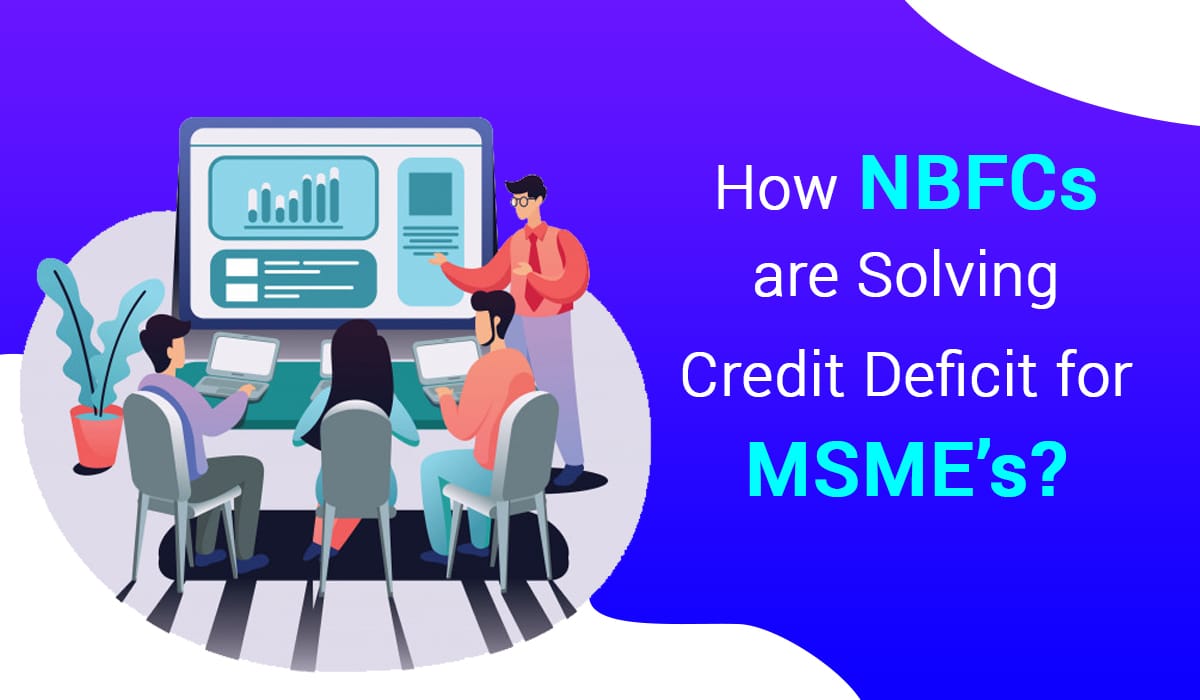 In today’s globalized world, every country wants higher growth rate. India is a developing country which has an increasing growth rate. For achieving the current growth rate there are many factors contributed for achieving this milestone. These factors are like 100% FDI in many sectors, huge investment from foreign countries in many forms. But these are only few reasons for such growth rate. In this article we will share how MSME credit deficit problems are solved by the NBFC.

Why MSME’s are facing Credit Deficit?

In economy, a major contributor is MSME’s which work on small scales in small cities and districts. It also provides employment opportunities both directly and indirectly. It also focuses on rural employment and enhancing skills and specializations of the people living in farfetched areas of the countries. At present there are close to 5 million MSME’s in the country who is a major contributor of the country’s GDP and exports. It is estimated that close to one third of the India’s GDP comes from these MSME’s.

Knowing all this it is been ignored for many years. As no proper facilities was provided to them like infrastructure facilities, credit facilities etc. Major issues facing by these MSME’s is credit deficit and NBFC are trying to bring the young entrepreneur dream of been a leading businessmen in the society.

In traditional model of lending, generally banks wants to lend to that segment of businesses which has proper books of accounts, accounting and audit system as to have an assurance for repayment by them. They had developed a unique system of measuring the credit worthiness of the businesses and accordingly gave loan and advances to the MSME are which was generally short of their requirement.

But the new aged NBFC’s didn’t use old school techniques for credit worthiness of the MSME’s but uses data analytics and in depth understanding of the industries. The NBFC’s is trying to bridge the gap between the credit supply and demand by the MSME’s.

The NBFC’s have advanced technology to not only simplify the lending process but also has low borrowing cost and high customer satisfaction.

One of the major issues revolving around the loan disbursement is that due to many corporate frauds and scandals in which businesses after taking loan went insolvent due to which many public sector banks are running in huge losses.

Why banks do not prefer lending to MSMEs?

There might be a question also that why banks are not taking interest in lending to MSMEs.

Because of all this reason banks don’t show keen interest in lending money to these MSME’s leading to credit deficit in the system.

What are the ways by which NBFC’s are solving the Credit Deficit Problem of MSME’s?

There are many ways by which NBFCs are solving credit deficit of MSME’s:

The NBFC’s grant loan on the basis of Marginal cost of funds based on lending rate (MCLR), which is regulated by the Reserve Bank of India (RBI) that keeps fluctuating on daily basis. On the other hand, the NBFC’s are not controlled by RBI and they fix their lending rate on their own discretion which is generally less than MCLR. As interest rates play an important role for making investment decision thus it is an important factor for consideration.

Traditional form of banking heavily depends on paperwork and has lots of paperwork to be completed for getting loan. But, NBFC’s have advance technology due to which most of the work is done online without having a face to face interaction with the clients. They have less documentation and also understand the customer demand therefore clear the loan swiftly without the delays.

Less Formalities and Not So Stringent Eligibility Criteria

Due to lesser documentation and formalities the loan can be easily taken. Moreover, the NBFC’s does not have stringent rules and regulation for granting loan to the eligible person. The eligibility criteria are very much less than other traditional banking systems. However, it is to be noted that NBFC’s gives a lot of preference in granting loan to MSME’s with easy eligibility criteria.

Traditional banking system gives lot of importance on credit scores. Suppose if a business has less credit score than company benchmark then it may deny them loan. However, in case of NFBC the businesses which has low credit score have high chances of getting loan from NBFC’s. Also, eligibility criteria to avail loan from NBFC’s are quite flexible.

Conditions of Granting Loan to MSMEs

Following are the few conditions which are required to be satisfied for getting loan from NBFC:

Following are the few documents required at the time of taking loan from an NBFC’s:

As already discussed that NBFC is much quicker in granting loans and has minimal documentations as listed above from the traditional loan giving formalities which required much more documents then this form.

These are the few NBFCs established in India which MSME’s can consider while taking loan:

For developing a self-reliant and prosper nation we cannot depend on few wealthy corporate for giving employment, making investment, and making India a developed nation. For making a developed nation which we dreamt off we are supposed to give power to the small business running in every corner of the city or the town as they are growth engines of any country. Since they have shortage of capital therefore the government and other lending corporation are supposed to help them to run properly by providing timely credit.

As these MSME’s develop the spending of the citizens will increase which will automatically increase the GDP of India which is ultimate goal. Thus, as we discussed above NBFC is game changer by solving the credit deficit problem of the MSME’s. Now, NBFC has much wider role to play that they earlier use to have.

Now Mutual Funds Investment May not...

On 27th June 2019 Securities and Exchange Board of India {SEBI} announced that now the rules fo...

Permission to Invest in Insurance C...

Considering the contribution of NBFCs in development in financial markets in India, RBI has giv...