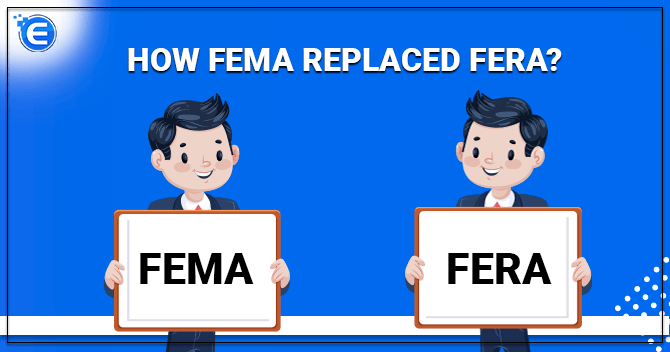 Read our article:Framework for Possession of Foreign Currency in India

a. Making of Indian Brands

The achievement of FERA was to retain companies that actually accepted the government demands, where it asked them the product and reduce the foreign shareholding. Though it was a controversial move of the Government were the 1000’s of the company went away from India, the big giants like Hindustan Lever, ITC, and Palmolive reduced its shareholding, and 400 other countries reduce their shareholding, and 100 were not affected by the new law of FERA. The Act later created a juggle and counter-productivity, but from the larger perspective, it made Indian Brands.

b. Reduction of equity holding of foreign companies and expansion of business in India

The only gain which could be realized by this decade law was that it ended the profits of many companies who were making crores of profit. It actually led them to expand to various other sectors. The exports were rising.

Since the RBI, while at the implementation of the FERA, wanted to increase foreign participation only when it is accompanied with high technology, exports, etc. Before FERA, there was no law there to regularise the foreign company investments in India. All to keep control of the specific business with Indian Companies.

The fall down of FEMA came due to various reasons, but primarily it was considered by the experts as a draconian law due to its non-liberalisation policies and not favoring foreign investments.

Why FEMA came/ Replacement of FERA TO FEMA?

The FERA was the first initiative of the Government to increase foreign transactions and exchange but with certain restrictions. FEMA has been introduced as a replacement of FERA, as the Act could not survive the post- liberalization policies. The offences as in FERA which were criminal we shifted to civil offences in FEMA.

The similarities like governing bodies, RBI, and central Government would continue. Directorate of Enforcement will continue to operate for the search and seizure. It continues to do as extraterritorial operations.

A significant difference has been brought in the FEMA was that mens rea has been removed in the FEMA, now the offences has been made as civil offence.. The definition of an Authorised person has been amended; it includes banks, money changers, offshore banking units. The FEMA act has been made in accordance with the Income Tax Act, for the term Resident. The term resident incorporates that person Resident for 182 days in India has been brought in FEMA’s purview.

Foreign Companies have established their presence in India since 1990. Due to restrictive trade...