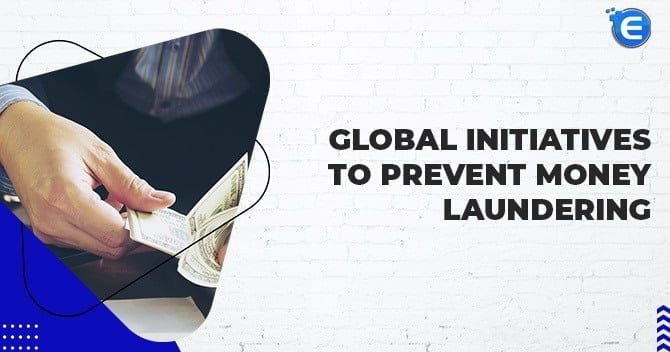 Money laundering is the unlawful process of presenting “dirty” money as legitimate rather than ill-gotten and there is a die-hearted need to prevent money laundering. Money laundering is explained in Article 1 of the European Communities Directive and Convention on the Laundering, Search, and Confiscation of the Proceeds of Crime as the conversion of property knowing that certain property is derived from serious crime, concealing or disguising the illicit origin of the property, or supporting any person who is engaged in committing such offences. Money laundering may also be defined as the practice of making it appear as though significant sums of money gained through major crimes came from a lawful source. Money laundering is also specified in Section 3 of the Prevention of Money Laundering Act, 2002.

In India, money laundering is carried out via a traditional practice known as ‘Hawala.’ Hawala is an alternate system in which “financial services, historically functioning outside the normal banking sector, where value or assets are transferred from one geographical place to another” are provided. Transactions through Hawala take in effect without any governmental oversight, making it simpler for people to make deposits and withdrawals through ‘hawala dealers’ instead of financial organizations.

This event took place in December 1988 and was one of the earliest initiatives aimed to prevent money laundering. The primary goal of this convention is to establish efforts to counter money laundering by requiring member states to criminalise the laundering of money from drug trafficking (Article 6), as well as to promote international cooperation in investigations, prosecutions, and jurisdictions (Article 7) and to make extradition between member states possible (Article 6). Furthermore, it established a concept that local banking secrecy rules should not interfere with international criminal investigations.

In December 1988, the Basel Committee on Banking Regulations and Supervisory Practices declared its intention to promote the banking sector to take a consistent approach to guarantee that banks are not used to hide or launder money obtained via illicit or unlawful activity. However, that statement does not limit itself to any drug-related money laundering; instead, it extends to laundering through financial systems, including deposit, transfer, and any form of concealment of money from drugs, terrorism, fraud, and so on. It also concentrates on the sector wherein the individual will not be permitted to utilise any financial system that is involved in any type of money laundering.

It creates a common policy on the subject of money laundering, provides a common description of money laundering, and provides means for dealing with it. It also establishes certain international collaboration among member nations, which may include governments not affiliated with the Council of Europe. The key objective of this agreement is to improve international cooperation in the areas of investigative assistance, search, seizure, & confiscation of the revenues of all sorts of criminal activity, including drug trafficking, terrorist crimes, and arms trafficking.

FATF is an intergovernmental organisation was founded in 1989 at the G7 summit in Paris with the notion and goal of establishing high standards and promoting the efficient implementation of any legal, regulatory, and operational measures to combat the evil practise of money laundering and terrorist financing. FATF has acknowledged several suggestions that are recognised by international money laundering standards. In October 2001, 8 special recommendations were announced, and in October 2004, a 9th special suggestion was issued, discussing the improvement of international standards for fighting money laundering and terrorism funding. In 2012, the FATF Recommendations were revised.

The International Criminal Police Organization was founded in 1923 and now has 194 members. With the mutual assistance of national police authorities worldwide, Interpol works to preserve global security. Interpol plays an essential role in tracking down criminals, conducting cooperative investigations, capacity development and training, and sharing and providing data access to governments. Interpol created the Interpol Money Laundering Automated Search Service (IMLASS) to aid anti-money laundering efforts by building a database and tracking, connecting, and identifying suspects and people from all countries, as well as tracking the flow of unlawful funds.

It was founded in 1997 with the goal of increasing the efficiency of all international measures to prevent money laundering via technical cooperation services provided to governments. The major objective of this programme is technical cooperation, which includes actions such as raising awareness and training and developing institutions. It also intends to aid in the creation of financial investigative services to ensure the effective operation of the laws.

Other Initiatives to combat Money Laundering

Money laundering and terrorism funding represent a major danger to our financial well-being and also any country’s sovereignty. Terrorism funding is another big issue that appears to be nearly difficult to track down and capture because the majority of these transactions are in cash and no institutions are engaged in the process. The Prevention of Money Laundering Act, 2002 (PMLA) has been amended to include financing activities connected to terrorism. The RBI and the SEBI each has their own set of anti-money laundering principles. The FIU prefers to receive as many reports as possible in electronic form. Even though India has this PMLA Act and so many recommendations, it still has numerous high-profile money laundering instances; it just need to execute those rules and regulations appropriately in order to prevent money laundering.

Read our article:Essential Elements of Prevention of Money Laundering Act, 2002

All you need to know about Rupee Dr...

Rupee drawing arrangement is a process in which overseas foreign currency is received through p...

Decoding the Role of Financial Inst...

Money launderers have employed new methods of their operation. With the change in regulations a...