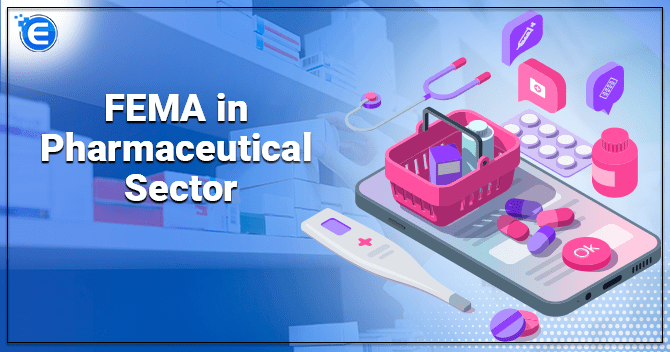 The Indian Pharmaceutical industry of India has been ranked as one of the fair sectors in the world. It is considered the largest supplier of generic drugs across the globe. Our pharmaceutical sector has fulfilled the demands of over and above 50% of global markets for many medicines and vaccines. It is the world third largest w.r.t production by volume and continues to grow.

Relevant Data for the Pharmaceutical Sector

It is expected that this sector will grow by the 2025 year to USD 100 Billion. Our India consists of companies whose annual turnover is more than 20 billion USD in Pharmaceutical sector, with a domestic turnover of an equivalent amount. The share of global demand can be expressed as – 20% generic medicines (exports share), 11.9% contribution in overall exports, 70%generic drug revenue share, and 21% patented revenue drug share.

The upcoming packages, which have been initiated by the government for its growth, given a package of Rs 14,000 cr for setting up bulk drugs and medical devices park.

The government of India (GOI)has started Production linked Incentive scheme for this industry meanwhile, the global demands have been increasing now and then; it is expected that the Indian Pharmaceutical industry is bound to benefit from the rising global demand for vaccines and India’s production capacities will be fully utilized.

Amendment in the Pharmaceutical sector in India

The pharmaceutical sector has attracted a large amount of investment. It has brought massive FDI. This sector has got Overseas Direct Investment.

Before the amendment of the 2015, Finance Act, it was the Central Government who was bound to legislate on the capital account transactions. The new rules like of Foreign Exchange Management (Non-Debt Instrument) Rules, 2019, for acceptance of Foreign Investment or FDI has been legislated. The new rules will supersede the TISPRO (Foreign Exchange Management (Transfer or Issue of Security by a Person Resident outside India) Regulations, 2017).

AS FDI/ FI in India is subjected to various sectoral conditions such as; entry route, sectoral cap, pricing guidelines, and attendant conditionality as specified in Schedule 1 of NDI Rules

As given in Schedule 1 of NDI rules, which permitted 100% FDI in pharmaceutical sector[1] in the industries like Greenfield and Brownfield. The routes are automatic for the Brownfield, which is 74%under the automatic route in FDI, and the rest is under the government route. Whereas in the entry route, it is 100% under Greenfield.

Greenfield is the Production and operational facilitiesin which there is a construction of newfrom the very ground and includes industrial licenses.

The difference between the definition of Brownfield and Greenfield is apt and precise, but there are problems which are visible, requires Government intervention to come out with different viable solutions.

Consider a case which requires a significant expansion in the current Joint Venture. Where the Indian firm has the limited availability of funds for the development, but Foreign company is  willing to extend its contribution. It will fall in the category of Brownfield, but one has the option to work around the model of Special purpose vehicle to avoid government approval routes.

What Conditions apply to Brownfield and Greenfield Sectors?

According to this clause, under exceptional/particular circumstances with government permission, it will be allowed.

Here Certificate to be submitted by the prospective investor & investee furnishing the complete list of agreements which have been entered into—thereby attaching the copies thereof.

After obtaining approval under Brownfield, the government may incorporate and impose the necessary conditions for FDI:

According to NLEM (National List Of Essential Medicines), there is a need to maintain the Production and Supply of Essential Medicines and Drugs given in NLEM. Their production levels and supply to be kept in the domestic market for the next five years at an absolute quantitative level.

There is necessity to maintain the Benchmark for this level higher levels of three years production of NLEM drugs in the last three financial years, before the coming of induction of Foreign Investment/ Foreign Direct Investment.

It is necessary to maintain the research and development expenses for the five years, in value terms, at an absolute quantitative level. The Benchmark that any of last three financial years immediately, would be the highest level of R&D expenses incurred, before the year of Foreign Investment.

A piece of complete information and foreign investment, in case of transfer of technology, to be provided to Administrative Ministry.

Read our article:Significance of Foreign Direct Investment under the Approval Route

Where Government Approval is necessary irrespective of its being under government approval in FDI?

Where, FDI is received from the companies who are;

There are approximately 10 schedules under NDI rules. Schedule 1 consist of FDI. The schedule 1 and others are different from each other that is, each foreign investment would be under different limits.

FDI in Manufacturing of Medical Devices

There is 100% FDI under medical devices permissible, which is subject to the automatic route is for Medical Devices

It can be concluded that India has captured the global market under the pharmaceutical sector. The FDI  and easy approval route that is at some points only government approval route have been brought by the legislators, and mostly it is automatic 100 percent approval route in Greenfield and Brownfield.

Residential Status under FEMA and F...

Determining the period in which an individual stays outside India is crucial for compliance und...