What is a Valuation? How are Share Valuation / Business Valuation carried out? 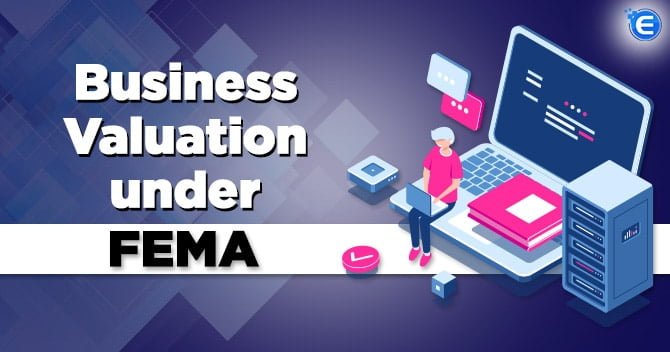 Valuation is when the company shares/ debentures are measured on the basis of the fair and actual value received from them. Under the Foreign Exchange Management Act, 1999 (FEMA) valuation can be done by a SEBI registered merchant banker or a chartered accountant. The international method of valuation is called the Discounted Cash Flow Model (DCF). Through the process of share valuation/business valuation, a person who is resident outside India who has acquired a capital instrument of an Indian company or a person resident in India transfers the instrument or vice versa. The valuation is done according to the prescribed guidelines of pricing.

Business valuation/ Share Valuation is required when a capital instrument is transferred. The transfer of capital instrument is regulated by the laws related to FEMA. The FEMA (Transfer or Issue of Security by a person resident outside India) regulations 2017 govern the law related to valuation. The transfer by way of sale shall be done through the principle that is adopted as arm’s length price. This would be accepted according to an international methodology.

The following authority and laws regulate the valuation process:

Under the Companies Act 2013 the following documents are required:

Essential Tips to Improve the Liqui...

At a time when more and more companies have to file for bankruptcy due to a lack of solvency, t...

External Commercial Borrowing (ECB) ECB is basically a loan availed by an Indian entity from a...

16 Tips for Effective Invoicing for...

It’s critical for all companies to get timely payments for the delivery of products/services....