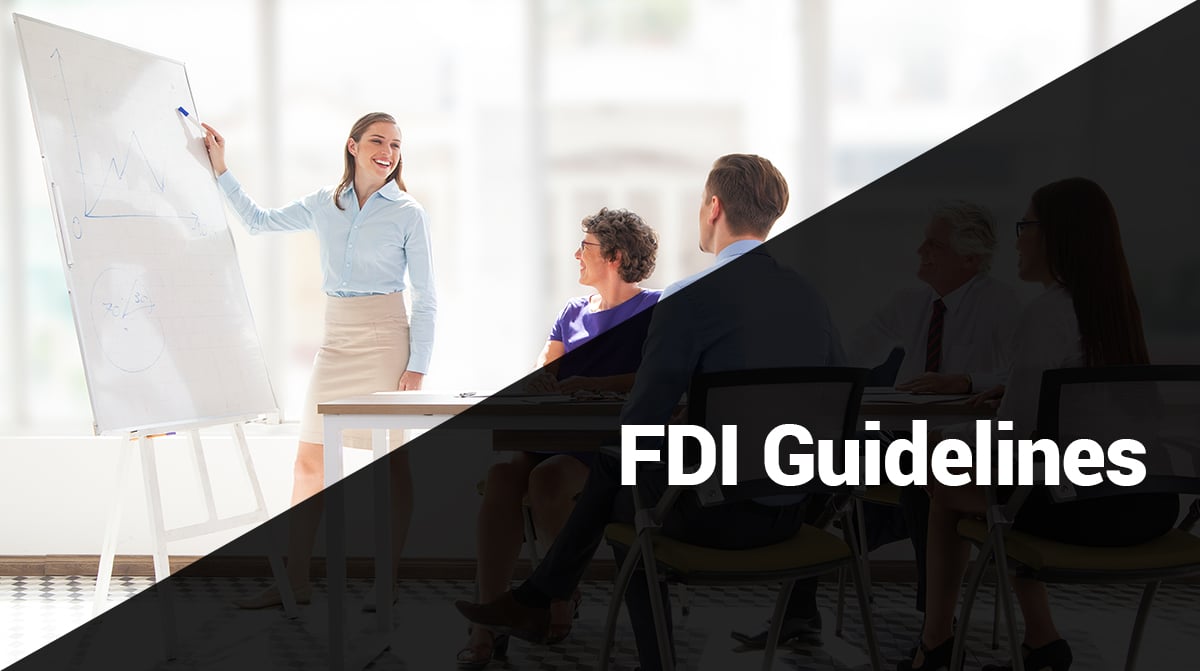 On December 26, 2018, the Department of Industrial Policy & Promotion, Ministry of Commerce & Industry, Government of India (“DIPP“) issued press note 2(2018 Series) known as “PN 2(2018) revising the norms applicable for foreign direct investment (“FDI“) in e-commerce sector in India. This PN 2(2018) is applicable and comes into force from February 1, 2019. The earlier PN 3 was issued in 2016 for guiding e-commerce trade in India.

What was the need for revising such FDI Guidelines?

It was observed by the Government that the existing FDI guidelines are not being implemented in spirit by the leading e-commerce companies in India. The Government has viewed this from the two e-commerce models existing today and they are like Marketplace and inventory model.

Currently, India permits 100 percent of FDI inflow in the marketplace model of e-commerce business which is something like tech platform connecting buyer and seller.
Newly revised guidelines of FDI do not permit inventory-based models of e-commerce as under operation in the USA and other countries. Under this model, they directly sell to the ultimate buyer.

The purpose of such revised guidelines is to protect India’s vast unorganized retail sector which would suffer a loss and vanish from the business if guidelines are not revised.

As per the new guidelines the Amazon and Flipkart can only work on the marketplace model in India.

The Government has observed that local businessmen, especially retailers, are suffering a lot because of such free e-commerce business operations carried out by the world’s giant players in the Indian market. The recent changes in such guidelines are due to continued protests and objections raised from the brick and mortar retailers (small traders) and retailer associations stating predatory pricing, malpractices and heavy discounts offered by e-commerce entities with foreign investments to drive out the retailers in the Indian market.

The e-commerce entities are having the advantage of such guidelines to capture maximum share in the market that is harmful to the retailers. Retailers’ existence was at the risk and found difficult to survive in the market against such foreign entities.

Current regulations state that e-commerce firms cannot exercise ownership over the goods and merchandise sold on their online marketplace. Both the big players developed a complicated structure to follow this norm and at the same time to control the inventory. It is observed that both big companies have been violating the FDI norm in spirit and offer huge discounts and incentives to consumers to get the business. This is the wrong practice of business adopted by these companies.

The revised guidelines state that a seller or a vendor purchasing more than 25 percent of inventory from the marketplace will be deemed be controlled by the marketplace. Thus it puts a restriction on the operations of seller and vendor to control the wrong practice of bulk purchases from a wholesaler.

The Department of Industrial Policy and Promotion (DIPP) released Press Note No. 2 of 2018 on 26 December 2018, putting certain additional conditions for the e-commerce sector, under the Consolidated Foreign Direct Investment Policy of India (FDI Policy). This Press Note modifies paragraph 5. 2. 15. 2 (E-commerce activities) of the FDI Policy, and this will be effective from 1 February 2019 describing some of its policy objectives and responding to criticism of media for this.

This has certain new regulations relating to inventory control, affiliated sellers, and exclusive arrangements in the e-commerce business. According to the PN2 Clarification, it is because certain e-commerce marketplaces with FDI were indirectly engaging in inventory-based e-commerce, and influencing the price of products (which is also prohibited) which in turn harms the business of the retailers. Thus, in order to stop this wrong practice and violation of FDI guidelines, the PN2 Clarifications were introduced for better implementation and adherence to existing FDI regulations by e-commerce entities.

These revised guidelines are framed to furnish a level playing field to brick and mortar retailers by checking deep discounts and other incentives offered by e-commerce players.

What are the basic revised FDI guidelines?

As Press Note 3 restricted one seller from selling more than 25% of the total products on the marketplace on account of creating a level playing field, the Press Note 2 puts certain restrictions on:

This may affect the business operations of the associated entities of e-commerce marketplace companies, which include among others, Cloudtail, a joint venture (JV) of Amazon India and Catamaran Ventures, Appario (a subsidiary of the JV between Amazon India and Patni Group), Flipkart India Private Limited and Amazon Wholesale company.

These entities have reported for a large share of sales at these e-commerce platforms, and now they will have to undergo a change in their ownership to continue selling their products on the respective e-commerce platforms. Furthermore, as per the new/revised guidelines, the marketplace entity will have to ensure the services like warehousing, logistics, payments, among others, and including cashback, schemes are provided in a fair and non-discriminatory manner to all vendors in the sector.

The revised PN 2 puts the restriction largely to protect India’s large unorganized retail sector that does not have the capacity to purchase at scale and sell such products offering big discounts like foreign e-commerce companies. This indicates and intends that Amazon and Flipkart can only operate on the marketplace model in India as per the FDI guidelines. Both these companies have wholesale units that bulk purchase goods and sell them to vendors listed on their platform and these vendors, in turn, sell to retail customers. It is reported that due to the release of revised FDI Guidelines for e-commerce big companies like Amazon and Walmart lost their market capitalization vary hugely. Due to such revised guidelines both the companies have pulled down around one-third of the products from their platforms in order to safeguard themselves from any likely loss.

What are the views and opinions of IVCA on revised PN on FDI?

As on now when the DPI is going ahead to finalize the new FDI e-commerce guidelines, the Indian Private Equity and Venture Capital Association (IVCA) is not ready to welcome this and further demanded a rollback of Press Note and Press Note 3 issued for e-commerce business. The IVCA, as it is an investors’ organization, was expected to stand up for start-ups companies.

The supreme body having a representation of AIFs in India has submitted its feedback to the DPI and further also approached the Prime Minister’s Office in this regard.

As stated by the IVCA, the guidelines of PN 2 and PN 3 do not apply to e-commerce ventures established by Indian business houses that don’t need to raise external capital or have access to local debt in the market. 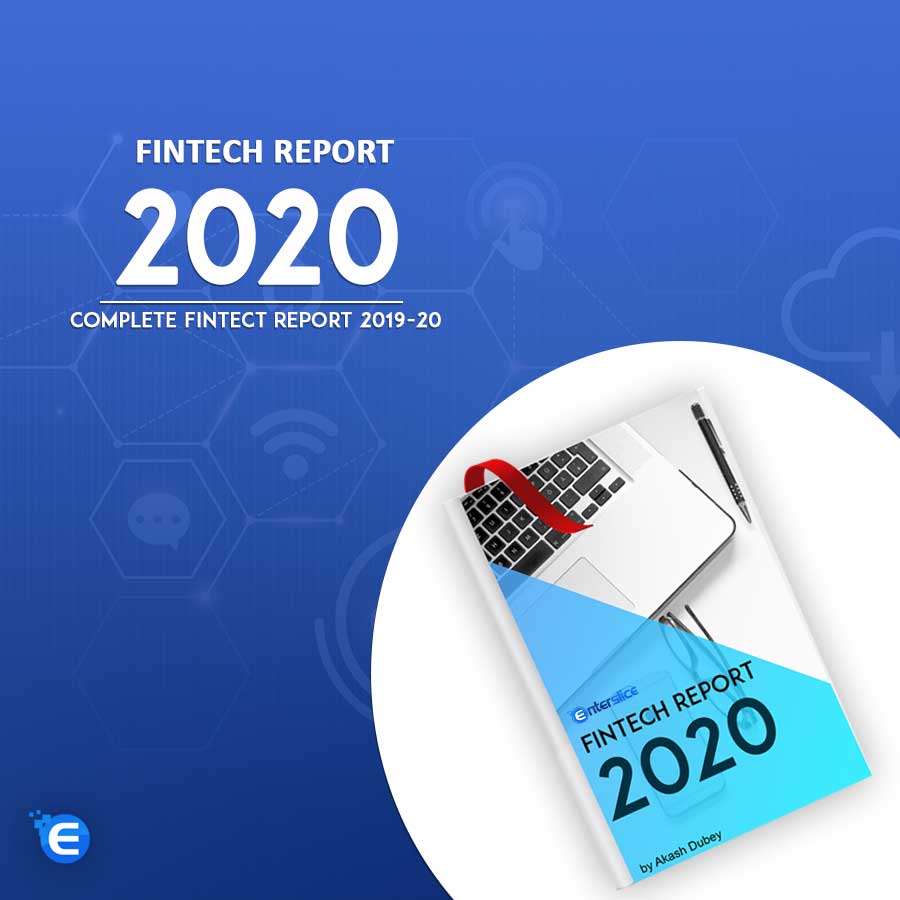 This is world acclaimed that the Indian startup movement in India took off in the year 2008 because international venture capital funds showed interest and further started backing young and talented founders in India.

These founders of start-ups for the first time in Indian business history came up with various qualities, skill and excellent entrepreneurship with hard work and high-quality team to form new companies and making them outstanding in performance achieving a great height as they were able to access the necessary capital fund from offshore investors.

It is well known that such a start-up movement in India gave opportunities and ultimately emerged the giants like Flipkart, Ola, Paytm, Oyo, Big Basket, Swiggy and many others in India. These companies are established and grown by altogether new and fresh entrepreneurs and not by the well-established business families of India. This is possible only because of the easy availability of capital funds from abroad investors.

Further, IVCA expressed that such revised guidelines on FDI and cutting off foreign capital to e-commerce companies/businesses would hamper the growth of the Indian start-ups and further help the big business houses as they would have a strong position. In other words, the revised FDI guidelines would clip the wings of start-ups movement as they would find it difficult to get the required bulk fund to operate and further to grow.

IVCA has also claimed that such revised guidelines to favor the retailers are not very much essential as there is no reliable information or data to substantiate that small traders have suffered much strictly due to FDI guidelines only. The retailers have also grown over a period substantially.

Thus, IVCA strongly demanded to roll back the revised guidelines of FDI as this would harm the progress of start-up businessmen because of its strict and stringent regulations.

At this stage, it is worth mentioning that Walmart and Amazon are the giant players and they together have control over 69% of the Indian e-commerce market. Thus they are currently important for Indian e-commerce as well as for FDI in the Indian start-up ecosystem. Their exit will surely further hit the inflow of FDI in the economy which in any case cannot be welcomed in recent years. Further, these giants would have to work out some solution to overcome the problem faced with the revised FDI to continue to operate in the Indian market.

The government, however, in this matter must revisit these

revised FDI guidelines and needs to find a via media as beneficial to retailers and e-commerce companies both.

FinTech banking can be a solution to difficulties associated with traditional banking methods....

Finally, the Department of Industrial Policy and Promotion (DIPP) released Press Note No. 2 of...