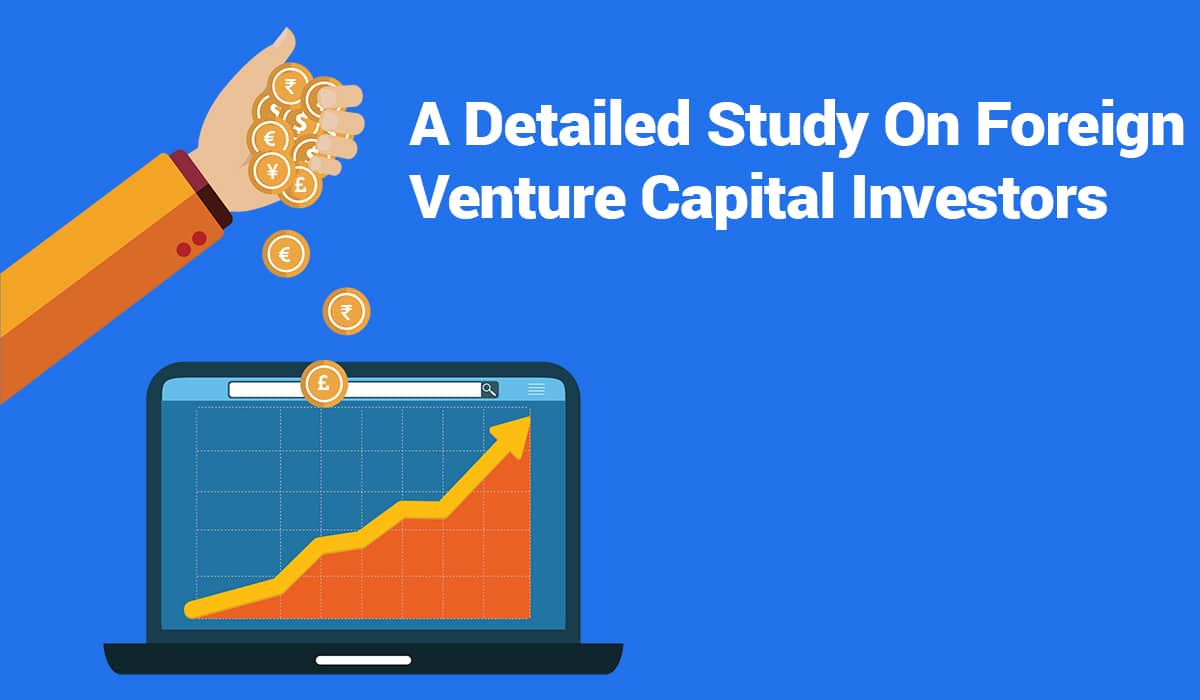 Foreign Venture Capital (VC) is an essential source of funding seed capital for start-up ventures and significant technology projects. Venture Capital is a type of funding which is different from traditional sources of financing as unlike conventional source of financing, Venture capitalists finance innovation and ideas which have potential for high growth with inherent uncertainties. Hence, Venture capital funds (“VCF”) are professional money managers who provide risk capital to businesses.

Before starting with the procedure involved for Foreign Venture capital Investment in India,  it is worthwhile to understand the exact meaning of venture capital.

What is Venture Capital?

Venture capital is a high-risk, high return investment. In simple words, Venture capital is money provided by an outside investor to finance a new, growing, or troubled business. The venture capitalist provides the funding knowing that there’s a significant risk associated with the company’s future profits and cash flow.

How is Venture Capital an essential source of funding?

Under Venture capital, the capital is invested in exchange for an equity stake in the business rather than given as a loan, and the investor hopes the investment will yield a better-than-average return.

Have a look at the following regulations which govern the foreign venture capital in India:

Definition of Foreign Venture Capital Investors has been provided under two regulations:

An FVCI has to apply for registration to SEBI. For the grant of a certificate to an applicant as a Foreign Venture Capital Investor, the Board shall consider the following conditions for eligibility, namely:

Conditions for the investment by FVCI

All investments to be made by FVCIs shall be subject to the following conditions:-

Apart from the above, the following conditions also needs to be taken care of:

Benefits and Relaxations to FVCIs

FVCIs enjoy a number of regulatory relaxations; some of the significant ones are:

With a view to promote innovation, enterprise and conversion of scientific technology and knowledge based ideas into commercial production, it is very important to promote venture capital activity in India.

A flourishing venture capital industry in India will fill the gap between the capital requirements of technology and knowledge based start-up enterprises and funding available from traditional institutional lenders such as banks.

Hence, are the two ways which a Foreign Venture Capital Investor has:

Under Schedule 1, an FVCI is allowed to invest under FDI scheme as non resident entities in other companies subject to FDI norms and FEMA provisions. An FCVI needs to determine before investing in an Indian Company whether the investment is under FDI scheme or under FCVI scheme and report accordingly

An Indian Venture capital undertaking [IVCU] is defined as a company

In simple words, a Indian Venture capital Fund [IVCF] is defined as a fund established in the form of a trust, a company including a body corporate and registered under the Securities and Exchange Board of India (Venture Capital Fund) Regulations, 1996 which has a dedicated pool of capital raised in a manner specified under the said Regulations and which invests in Venture Capital Undertakings in accordance with the said Regulations.

The ever growing Indian economy and the potential to grow further definitely makes India one of the most liked destination also strong fundamentals comprising of favourable demographic profile, human capital, trade openness, increasing urbanization and rising consumer spending has made India one of the fastest growing markets in the world. In case of further clarification, please contact Enterslice.

Further, you can read about Foreign Venture Capital Investors on the following blogs:

Inbound and Outbound Investments: A...

The Government has become liberal in the past few years regarding inbound and outbound investme...

Foreign investments mean investment made in any entity of a foreign country. It involves a tran...

The Remitting Investors should ensure that (for FDI) – Funds have to flow only from the inve...