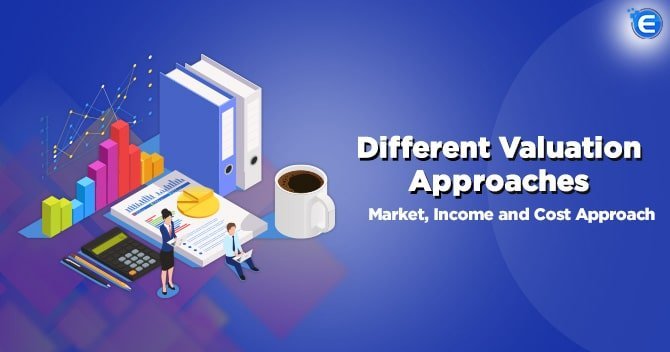 Valuation is the process of estimating the real and market value of a company, a specific instrument, or the value of the business.  This term is used in finance to understand the value of an asset. Valuation Approaches are used to estimate the value of the business. These approaches are applied according to international adopted principles which are accepted throughout the world. The fair value of a company or an asset is obtained through proper valuation methods. Valuation approaches are derived from the International Financial Reporting Standards (IFRS). According to the standards, as the number of valuation processes increase, valuation professionals would be more in demand.

Use of Valuation Approaches in Business

Valuation approaches are used in everyday business needs. Right from the procedure to sell a company, to transferring a capital instrument from one country to another, to a complex merger and acquisition transaction valuation is extensively used by business and finance professionals. However, the main areas in which valuation is used are as follows:

From the above, it is understood that valuation approaches are utilized not only in businesses but are also used for international transactions. However, from the above, it can be understood that the principles of valuation use methods related to finance. These principles of finance develop with the development of business. Therefore there are no specific formulae for a valuation process.  Valuation approaches must be prepared according to the particular transaction and the need of the company. Valuation principles have developed due to technical and scientific methodologies.

Before the introduction of the Companies Act 2013, there was no specific methodology for carrying out the valuation process. The international adopted method for a valuation for the calculation of a capital instrument/ share value of a particular asset was determined based on the Net Assets Valuation method (NAV method). The NAV method has been used exclusively. However, there are various drawbacks of using this method. According to different business valuers, this method of valuation is very restrictive and not right in the valuation approach. Hence there was a requirement of having an independent way of valuation of India. Even the Companies Act 1956, did not bring of a specific method for valuation.

The Companies Act 2013 brought out a specific process when valuation is carried out. One of the steps taken by the Companies’ Act 2013 was to bring out the system of a ‘registered valuer’. The law relating to the supervision of valuers is under the Companies (Registered Valuers and Valuation) Rules 2017. This regulation explains the meaning of independent valuation that is carried out by a professional agency. It also specifies the procedure of valuation. Apart from this, the organization also monitors valuation agencies throughout the world. A registered valuer is considered as an authority to measure the value of assets and a particular class of assets. Since this was introduced, there was a proper mechanism followed for carrying out valuation processes.

According to the Foreign Exchange Management Act, 1999 (FEMA), the valuation of transfer of instrument from one country to another shall be carried out by a SEBI registered Merchant Banker or Chartered Accountant / Cost Accountant. When this form of valuation is carried out, it is done according to international standards adopted by the IFRS.

From the above, it is understood that before the implementation of the Companies Act 2013, the internationally accepted method of valuation was used. However, the NAV method was extensively used in various valuation processes. This was considered to be restrictive to the needs of the business. Therefore with the introduction of the Companies Act 2013, there is specific guidance regarding the generally accepted method of valuation.

According to the above methods of valuation, there is no right or wrong way, which can be used for valuation. However, simultaneously using all the valuation approaches is not possible.  Hence an analysis is required for using the appropriate method according to a specific situation. This will depend on the circumstances of the type of asset or the transaction, which is considered. One method may be suitable for a particular transaction, but the same approach may not be ideal for a transaction involving another form of instrument or asset. Therefore a valuer must analyze the practicalities before considering the valuation approaches.

Valuation Approaches: Which is the best approach for valuation?

There is no universally accepted approach to a proper valuation process. The methodology of valuation must be based on the following factors:

Hence valuation approaches are determined not just by a single factor but a combination of multiple factors. To come to the correct method of valuation, the valuer must take into consideration all the above factors. Using various valuation approaches for a particular asset is not allowed. To assess the right approach to valuation, there is a requirement of comparing the real value of all the valuation methodologies to come up with the best method for valuation. If this principle is followed and adopted, then a precise method of valuation can be achieved.

This is one of the first valuation approaches. This method indicates the requirement of calculating the value of an asset by comparing the asset with similar assets that are present in the market place. This can be done with companies also. The products and services offered by companies are compared to businesses providing similar products and services. If there is no proper way to compare the assets of the business to another business, then the valuer has to consider the quantitative and qualitative characteristics of the assets and differences between the asset, which needs to be valued and comparable assets. In other words, this approach can be understood as a comparison method which the company follows to get its assets valued.  Publically traded companies are used for comparison in this form of valuation. The market Approach method has the following ways:

From the name of the above method, the valuation is carried out by understanding the similar form of transactions that are carried out in the industry. An example of this form of method is got from the value that is derived from the multiples of revenue or the enterprise value

In this method, the asset required to be valued will use other publically traded companies as a guideline to come to an absolute value. The Guideline Publically Tradable Comparable method can only be used as a valuation method when the subject matter or the asset valued is similar to that of the public traded companies. If there are no same types of companies that are dealing with the products or assets which have to be valued, then this form of valuation must not be carried out.

In this form of the method, the multiples of transactions of companies in similar industries must be considered and applied to the income of the company.

This approach uses the principles of economics. There is a formula for this form of approach. The method indicates that the business value is equal to the current value of the income that is generated by the company. Therefore:

The DCF method is done by discounting the future cash flows to the present date of valuation. The price of the assets is finalized based on this form of method.

Some factors which are crucial in the discounted cash flow model:

Value is obtained by calculating the reproduction value or the replacement cost of assets and subtract this with the deterioration and other damages that occur to the asset.

This approach is based on the factor that the buyer will pay more for the asset. This would be more economical to consider rather than the cost of purchasing an asset of the same utility.   The following approaches are present under the cost approach:

The NAV method is extensively used in business dealings.

See Our Recommendation: The Concept of Share Valuation of Companies.

All You Need To Know About Benami A...

In simple words, Benami properties mean a property that does not have any name i.e. the propert...

Why your startup in India should be...

Advantages of Registering a New Bus...

Most of the entrepreneurs welcome brilliant ideas for doing business in a smooth and efficient...