11 Differences between Auditing and Investigation 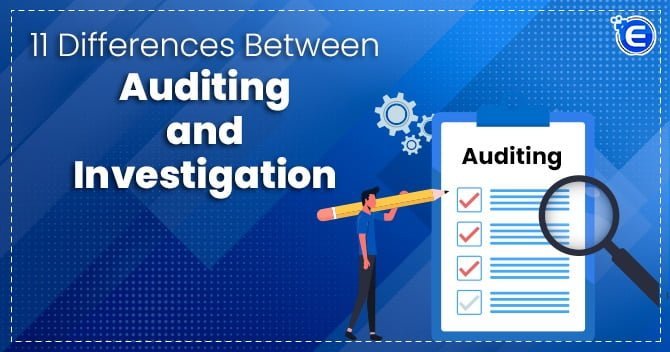 What Is Meant By Auditing?

What Is Meant By Investigation?

Investigation is a process which has been undertaken for a special purpose with the objective of discovering a truth or to ascertain a fact. In case of a business entity, investigation translates into critical examination of the books of accounts and transactions’ history of the company with the objective of revealing the truth or establishing facts with the help of evidence. Methods employed by the investigating party during investigation include search, observation, inquiry, inspection, interrogation etc.

What Are the 11 Main Differences between Auditing and Investigation?

Following are 11 main differences between auditing and investigation:

Read Our Article: All about Forensic Audit of a Company in India

All you need to know about Rupee Dr...

Rupee drawing arrangement is a process in which overseas foreign currency is received through p...

Money laundering is an offence where a person through an illegal activity earns money and spend...

How do tax incentives impact househ...

The difference between income and expenditure is referred to as savings. Because investment is...