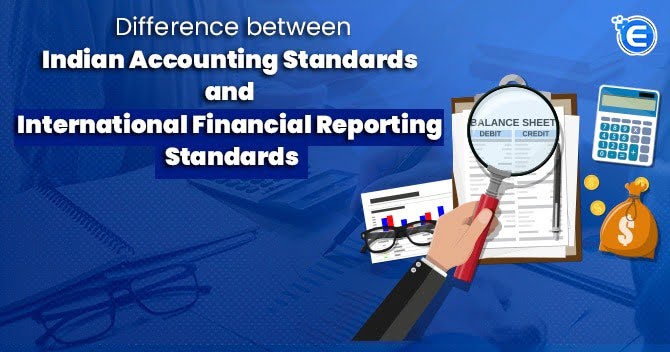 International Financial Reporting Standards are a deposit of accounting regulations. This provides for common rules which helps financial statements to be consistent, transparent and comparable around the world. IFRS is issued by the International Accounting Standards Board. They lay down guidelines which helps companies to maintain and report accounts. IFRS was set up to form a common accounting language which helps businesses and their financial statements to be consistent and reliable.

The objective of forming IFRS was to provide for a common language for global business via standardized accounting. In case where a company functions in several nations it publishes only one set of financial statements that meet the statutory requirements of countries where it operates. Further having a global standard makes it easier for users of these financial statements to compare them.

What is Ind AS or Indian Accounting Standards?

The reason behind adopting Ind AS is that it can be considered as the guiding principle/standard for IFRS and it has been adopted to make the financial statements and reports of the company accessible as well as transparent.

Difference between IFRS and Ind As

The international financial reporting standards set forth some guidelines of financial reporting. This ensures that a company’s financial statements can be reliable, transparent and comparable across other companies around the globe. Before the implementation of IFRS, every country had generally accepted accounting principles for the businesses. However, with increase in globalization, it became difficult to undertake cross border transactions as it was a complex task to understand financial statements that were prepared as per GAAP. Hence to bring harmony in accounting language, International accounting standards was developed. Then a common reporting standards came to be known as the IFRS. However India didn’t adopt IFRS but decided to adopt standards based on IFRS. In India those standards came to be known as the Indian Accounting Standards converged with IFRS. Indian accounting standards has been framed with slight deviations in IFRS.

Read our Article:GAAR accounting and its Scope to combat tax evasion

The Indian Accounting Standard has been prescribed by the Institute of Chartered Accountant of...

How to Draft an Effective Employee...

Every working employee must be aware of the term offer letter. However, do you know what all is...

What is Financial Reporting Service...

Today financial reporting services are needed by all organizations. Every organization is neede...