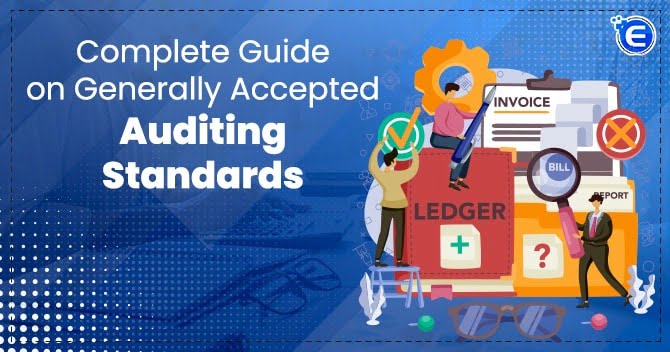 Auditing is one of the fundamental processes carried out in an organization, it’s a crucial responsibility which cannot be undermined by the entity. An auditor is responsible for taking up the process of auditing accounts and tracking changes that impact the integrity of transactions. It is important that while carrying out the audits, the auditor must follow the rules or guidelines made for a proper and systematic understanding of the process. These rules or systematic guidelines are called Generally Accepted Auditing Standards (GAAS)[1].

When the auditors scrutinise the financial records, they are required to make sure that the review of the audit report is done per the principles of GAAS. This allows auditors to ensure that the accuracy is maintained in the reports and determines whether the company’s financial statements are in accordance with the Generally accepted accounting principles, also called GAAP.

The significance of GAAS can be known because it entails accuracy, consistency, and verifiability of actions and auditors’ reports. These generally accepted auditing standards are incorporated within three sections, from general standards to fieldwork and reporting.

GAAS ensures that auditing is logical and purposeful, which ultimately leads to better decision-making. It provides the nature of the structure recommended for the auditing process.

GAAS lays down the standards that helps in conducting and reporting financial audits for the government as well as public companies. GAAS can be applied to financial, operational and compliance audits. It contains the statutory package of guidelines which helps run the process of financial accounting and auditing professionally.

The stakeholders may not be confident to rely upon the financial reports that have been audited if the independence of the concerned auditor is compromised because such reports might not reflect the company’s true position. To avoid such situations, auditors must comply with the GAAS standards, which will help ensure that the auditor’s independence is kept intact.

Generally Accepted Auditing Standards: Standards to be followed by Auditor.

An auditor must comply with a set of standards to keep the auditing process per the General Accounting and Auditing Standards. Under the standards, it is required that the auditor’s role be to obtain reasonable assurance on the integrity or the fairness of the financial statements furnished by the organisation/entity.

GAAS provides for overall 10 standards that not just serve as a guide but also ensure a safeguard to the auditor from liabilities in cases where it was unable to uncover fraud or misstatement of the company’s financial statement while carrying out the audit process. These ten standards, as specified above, serve as the criteria for evaluating the quality of the auditor’s performance.

Below we have discussed three major sections that have been approved. These include general, fieldwork and reporting standards-

Both the terms are different from each other. The primary function of GAAP is to help firms in making financial statements. Other businesses use GAAP to record their daily transactions and create accounting policies.

On the other hand, GAAS helps the auditors to audit the companies. GAAS also ensures that the reports are of higher standards in terms of accuracy and completeness.

The bottom line is that GAAP serves as guidelines for recording transactions and preparing financial statements. In contrast, GAAS are a kind of standard which ensures auditors conduct audits and prepare reports for it.

One cannot deny that Auditors must have the relevant competency in order to carry out an audit of an entity. Here adhering to the GAAS principles becomes very critical. This is because Generally Accepted Auditing Standards guidelines enumerate how the auditor must conduct and report on their audit of a client’s financial records as well as financial statements, including the types of opinions that can be provided.

Read our Article: A Complete Guide on Auditing Standards Issued by ICSI: Applicable from 1st April 2020

Internal and External Factors That...

The process of managing working capital is one that never ends for finance/accounting workers i...

With time accounting standards have been devised in India. It is also called Ind As. These stan...