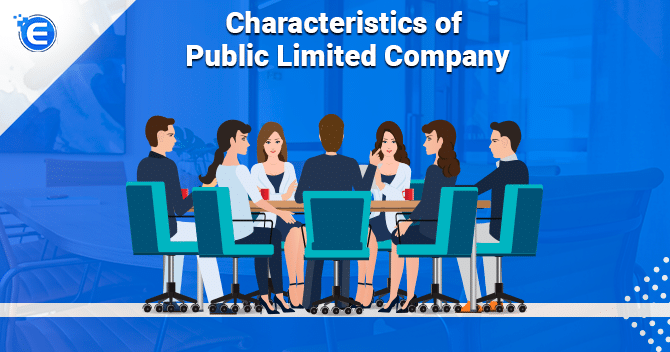 A Public Company is a legal entity that has separate identity from its shareholders/members. A company that can own property on its own name.

The minimum paid up capital required by public company to start its operations are Rs 5, 00,000. This is the new amendment as per the Companies Act, 2013[1].

In the name of the public company, the word “LTD” will be prefixed at the end of the name.

In case of public company, the number of directors can be minimum 3 and maximum can be as many. There is no above limit.

They must only possess the Director Identification Number (DIN) which is issued by the Ministry of Corporate Affairs (MCA).

The registration of public limited company can issue a prospectus for inviting the public to subscribe to its shares.

Prospectus is the statement comprising the detail information about the company and the number of shares invited by the company in that particular IPO or subsequent listing.

The attraction point of the public company is that it can borrow from various sources. A public company can issue Debentures (secured or unsecured) and raise the money. It can issue shares (equity or preference) to the public. Even banking and other financial institutions give the loans/ financial aid to the company.

The minimum number of members in the public company required is 7 and for maximum there is no limit.

The minimum number of BOD required is 3 and maximum is 12. They are elected by shareholders in the Annual General Meeting.

The minimum amount which has to be received on the subscription of shares has to be 90 percent of the shares in the public company. When the company is not able to receive the 90 percent amount then they cannot continue with the business.

The minimum subscriber to the Memorandum of Association of Public Company has to be 7.  They are the members of the company.

The MOA is a major document in the formation of public company. A private company can start its business after making only Articles of Association. Whereas for the public company the Memorandum is its important document which has to be submitted to MCA as well in the registration of the company.

Memorandum is defined in section 2(56) of Companies Act 2013. It states the main objectives of the companies that is, the main businesses which the company is going to undertake.

Looking at the current market and growing economy, forming a public company is a good option. It is always considered an appropriate for the business which has a large amount of capital to invest. By inviting public to subscribe share, it improves the capital of the company. It helps in reducing the overall risk of the company, as capital is invested in the diversified number of securities. It ultimately gives, the growth opportunities to the company.

Read our article:Difference Between Private and Public Limited Company

How to Get Company Registration in...

Get Started At $ 8000 NAME RESERVATION END TO END FILLING 100 % ASSISTANCE IN MARKET ENTRY What...

Why is it important to know about t...

The largest companies in the world are listed companies for a very simple reason – access to...

What are the Required Documents for...

The entrepreneur is superior in the startup ecosystem as they are having brilliant ideas of doi...