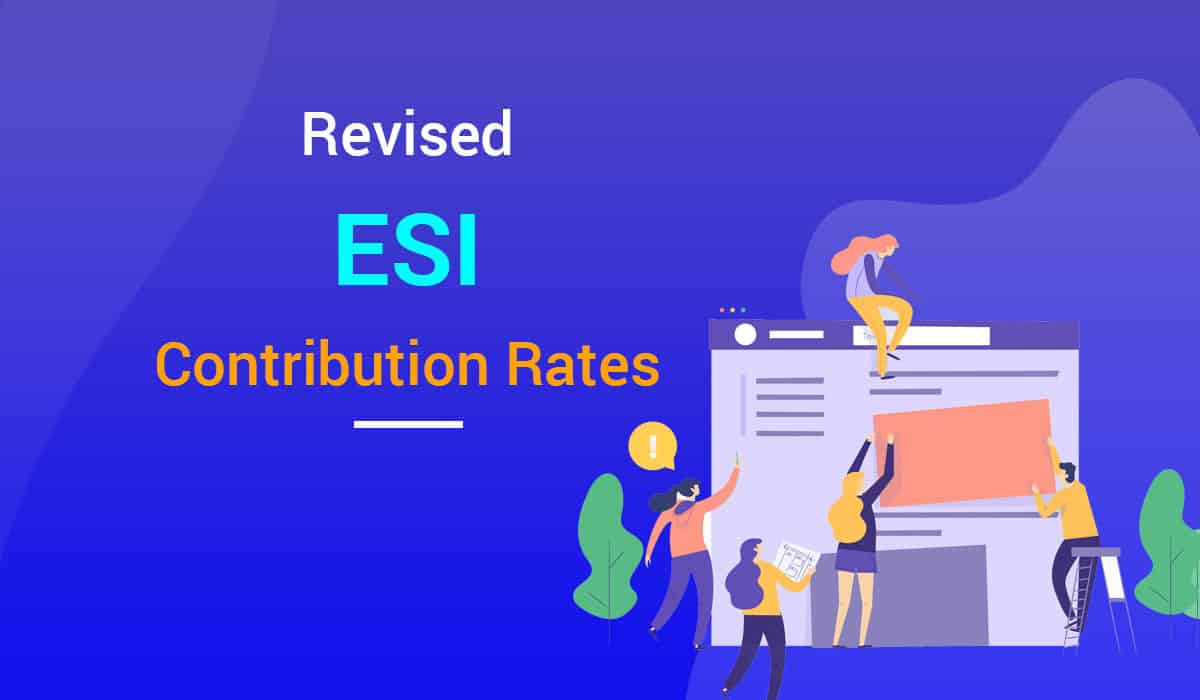 A Draft containing certain rules was published in official gazette regarding the amendment in Employees’ State Insurance Rules, 1950. Under which government has reduced the ESI contribution which will take effect from 1st July 2019 from 6.5% to 4% with the motive to provide a substantial relief to workers and that will result in more workforce into the formal sector.

What is ESI Contribution?

Employees’ State Insurance is self-financing security benefits for employees by providing medical, sickness, dependent, maternity, employment injury and Funeral benefit start with their 1st day of on the job.

Additional benefits are also provided by the condition to complete their job for a certain time period.

ESI Scheme is applicable in all factories. It can also apply to other sectors such as Industrial, Commercial and agricultural sector as per the order of Appropriate Government.

What are the Reasons for the change in ESI Contribution Scheme?

Now the Total ESI contribution is 4%

Note –Under the Scheme in 2018-19 of ESI, the data of Labour Ministry shows – 36 million workers are insured under ESI with the contribution of Rs 22,279 crore.

The administration of ESI Act is administered by (ESIC) Employee State Insurance Corporation. It provides the benefit of-

These Benefits are provided under ESI are funded by the contribution made by both the Employer and Employee.

Highlights of the Notification

G.S.R. 423 (E)-Whereas a draft containing certain rules further to amend the Employees’ State Insurance (Central) Rules, 1950 were published in the Gazette of India, Extraordinary, Part-II, Section-3, Sub-section (i) vide number G.S.R. 121(E), dated the 15th February, 2019, as required by sub-section (1) of the section 95 of the Employees’ State Insurance Act, 1948 (34 of 1948), inviting objections or suggestions from all persons likely to be affected thereby before the expiry of a period of thirty days from the date on which the copies of the Official Gazette containing the said notification was published were made available to the public;

In the Draft Rules following amendments shall be made –

Who has the Authority to decide the rate of ESI Contribution under ESI Act?

GOI (Government of India) through the Ministry of Labour and Employment decides the rate of contribution of Employers and employees.

With the view to increase the in-hand salary of the employees and to reduce the financial burden of the employer the government has reduced the rate of ESI contribution of Employer and employees under ESI Act which as a result also reduces the financial liability and to improve the working condition of the organization.The revision of rates is finalized by the government after taking into consideration the suggestions of the stakeholder.

The compulsory registration for EPF/ESI for companies/organisations is required at the time of...

Why ESI Registration is Mandatory?...

We are looking at the significance of ESI registration in this article but before that let’s...