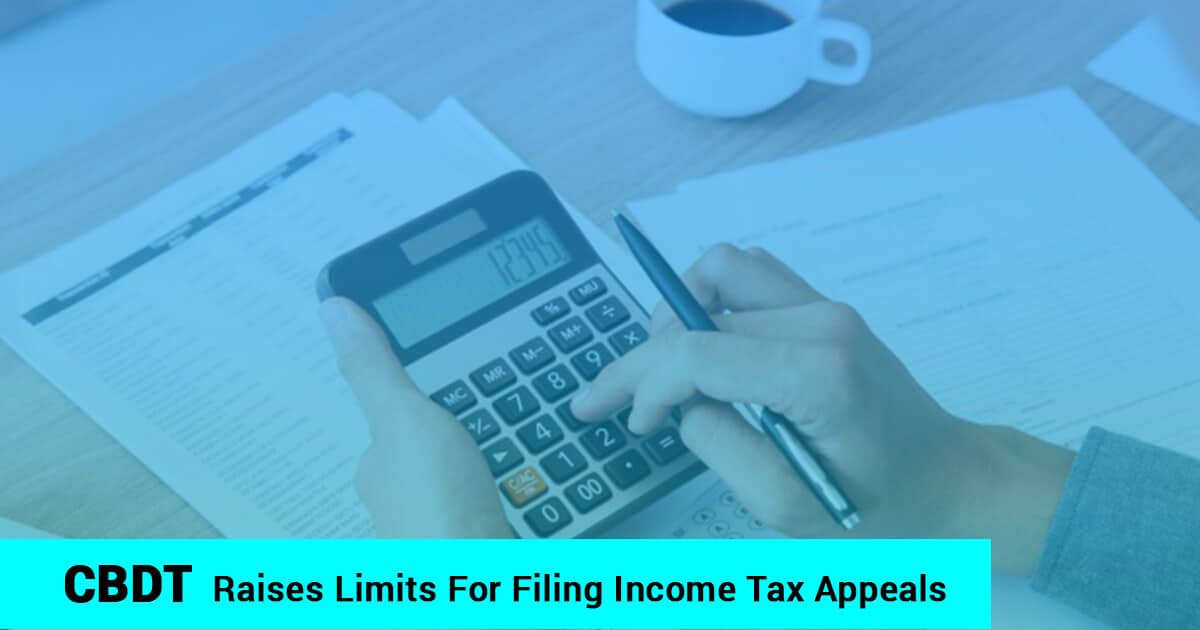 There is a considerable pendency of litigation appeals of the Income Tax Department pending before tribunal authorities. The CBDT (Central Board of Direct Taxes) has addressed this important issue in its recent notification “Raise in Limits for Filing Income Tax” on 8th august 2019. The notification states that the monetary criteria for filing of appeals by the department at juridical authorities have been increased.

Limit for making an appeal before the High Court has been Raise in Limits for Filing Income Tax from 50 lakh to 1 crore. The limit to appeal before the Supreme Court of India has been increased to 2 crores from the earlier limit of 1 crore.

The Central Board of Direct Taxes notified about the clarification on provisions of direct tax...