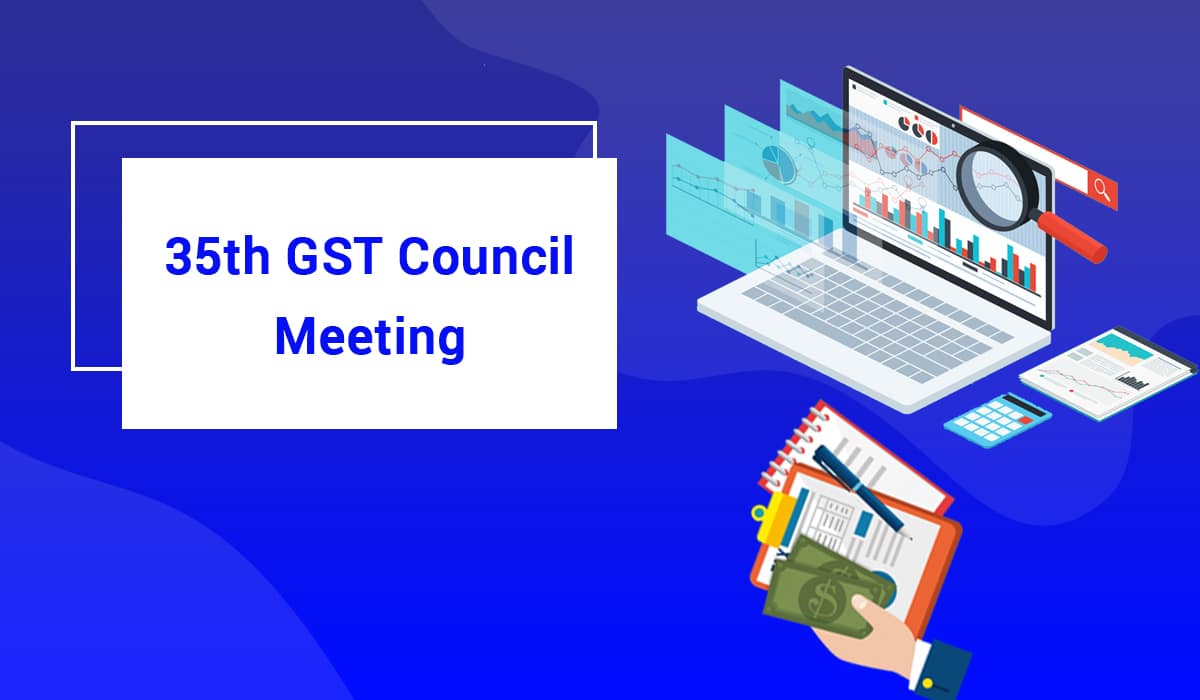 The 35th GST Council meeting held on June 21, 2019 is the first council meeting chaired by the current and the second female Union Finance Minister, Smt. Nirmala Sitharaman. Various amendments are proposed to be made in this meeting for the simplification of GST Rules.

Let us describe the points which were drawn attention to in this meeting;

The following are the major highlights of this meeting

A Glimpse of the Highlights of the 34th Council Meeting

The 34th Council meeting was held on 19 March 2019, New Delhi. The meeting was chaired by then Finance Minister Mr. Arun Jaitley. The key highlights of the meeting are;

Options with respect of ongoing projects: The promoters will be provided with a one-time option to continue to pay their taxes at a rate at which they were paying previously. This is applicable for taxpayers whose projects are still ongoing.

New tax rates: new tax rates will be applicable to new ongoing projects which have exercised the prescribed activities.

Amendment in the ITC rules

The 35th council made rules regarding the simplifications of GST Rules. These rules will simplify the GST return system for consumers. Steps are taken towards reducing paperwork and reduce hassle for taxpayers when registering themselves under GST. The meeting also resulted in upgrading of upgrade for the verification system of taxpayers. E-ticketing is compulsory for multiplexes to prevent selling of tickets in black.

How to Apply for GST Registration O...

One can apply for online GST registration, for that it is compulsory for a taxpayer to provide...

Is GST to be paid on Advance Paymen...

There has been a lot of discussion regarding GST and tax payment procedure under GST. We have a...