A Guide to Transfer Pricing Regulations in India 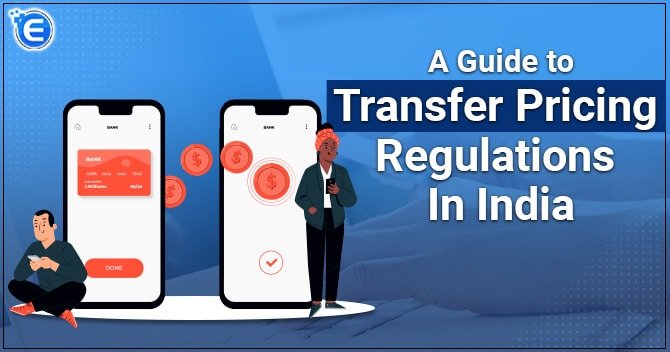 As multinational corporations become more involved in economic operations in the country, new and complex challenges have arisen as a result of transactions involving two or more affiliates belonging to the same multinational corporation. The profits produced by such businesses operating in India can be controlled by multinational corporations by influencing the prices charged and paid in intra-group transactions, resulting in erosion of tax revenue. In other words, the course of business between a resident and an affiliated non-resident or not ordinarily resident entity is set up in such a way that the resident makes either no profit or a profit that is less than the ordinary profit. Such a deal will deprive the Indian government of tax money that would otherwise be paid by the resident. Amidst this lets discuss transfer pricing regulations.

A new set of special rules relating to tax evasion has been adopted under Chapter X of the Income Tax Act[1] in order to provide a statutory framework that can lead to the computation of reasonable, appropriate, and equitable earnings and tax in India in the case of such multinational enterprises.

The provisions of Section 92 are as under:

According to section 92F(ii), an arm’s length price is a price that is applied or intended to be imposed in an uncontrolled transaction between parties other than associated enterprises (i.e., unrelated individuals, residents, or non-residents).

A transaction between two or more associated entities, one or both of which are non-residents, in the nature of an acquisition, selling, or leasing of tangible or intangible property, or the rendering of services, or lending or borrowing money, or any other transaction having a direct effect on the profits, revenue, losses, or assets of such enterprises, is defined as an international transaction under Section 92B.

In addition, mutual consent or arrangement between two or more associated enterprises for the distribution or apportionment of, or any contribution to, any cost or expenditure expensed or to be expensed in relation with a benefit, service, or facility provided or to be supplied to any 1 or more of these enterprises shall also be considered a transaction under Section 92B.

In the case of an assessee, a specified domestic transaction is referred to any of the below-mentioned transactions, however, that is not being an international transaction:

Moreover, a specified domestic transaction shall be where the aggregate of all these transactions entered into by the assessee in a previous year exceeds a total amount of Rs. 20 crores.

Section 92C states that the arm’s length price for an international transaction or a specified domestic transaction will be largely determined using the most appropriate method, taking into account the nature & scope of the transaction, category of transactions, category of associated persons, functions performed by such persons, and any other relevant factors as the Board may prescribe. These are as follows:

The particular price at which an international transaction or a specified domestic transaction has actually been executed shall be deemed to be the arm’s length price if the difference between the arm’s length price so determined and the price at which the international transaction or specified domestic transaction has actually been executed is not more than such percentage not exceeding 3% of the latter as may be defined by the Central Government in the Official Gazette in this regard.

If the Assessing Officer (i.e., AO) believes it is necessary or expedient to refer the computation of the arm’s length price in relation to an international transaction or specified domestic transaction entered into by the assessee under Section 92C to the Transfer Pricing Officer in any previous year, he may do so with the prior approval of the Commissioner.

When a reference is made, the Transfer Pricing Officer will issue a notice on the assessee requesting him to supply or cause to be supplied any evidence on which the assessee may depend in support of his assessment of the arm’s length price in relation to such international transaction or specified domestic transaction on a date specified in the notice.

Read our article:Transfer Pricing and Its Implication

The arm's length principle is applied to the Indian Transfer Pricing Regulations. According to...