Transfer Pricing and Its Implication 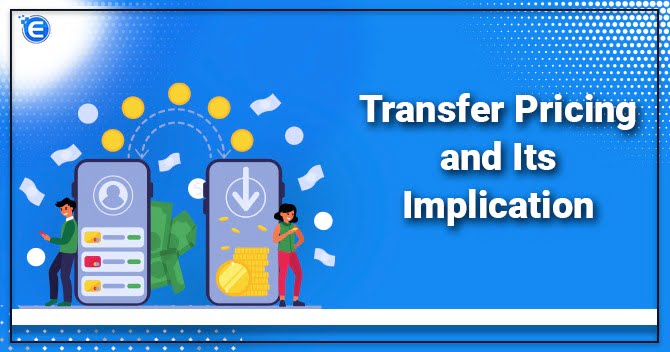 An expert under the Chairmanship of Mr. Raj Narain, was set up by the Government in November 1999, to study global transfer pricing practices, and inspect the requirement for an extensive transfer pricing enactment in India. Due to these recommendations of the Group, the presented new move valuing arrangement in the Union Budget for the year 2001-02. The Indian enactment is extensively in accordance with the OECD Guidelines, and has consolidated certain facts of the legislation of different nations, for example, China and Korea.

The objective behind the introduction of the new provisions was explained by the Finance Minister in his Budget Speech, and in the Memorandum explaining the provisions of the Finance Act,2001. The same are extracted below:

“The presence of Multinational enterprise in India and their ability to allocate profits in different jurisdictions by controlling prices in intragroup transactions has made the issue of transfer pricing a matter of serious concern.

The Price Charged in a Transaction between Unrelated Parties

The Price Charged In Transaction Between The Associated Enterprise

Illustration To Understand The Concept Of TP

Transaction of sale and purchase between two domestic companies (Indian) which are subject to the same rate of marginal tax rate, would not lead to any tax advantage to either of them.

Need For The Amendment Of Transfer Pricing Provision

The case of GLAXO Smithline resulted in the need of amendment of transfer pricing provision in India.

The Memorandum explaining the provisions of the Finance Bill, 2012 refereed to the decision of Supreme Court CIT-IV, Delhi v Glaxo SmithKline Asia (P) Ltd, where the Supreme Court made certain observations regarding the need for an amendment in the transfer pricing provisions in certain domestic transactions.

“the Supreme Court in the case of CIT v GlaxoSmithKline Asia (P) Ltd, in its order has, after examining the  issues arising where  related parties, suggested that Ministry of Finance should consider appropriate provisions in law to make transfer pricing regulations applicable to such related party domestic transactions”

It has been viewed by the Supreme Court

In India, transfer pricing is turned out to be fruitful ground for several controversies. The early phase of regulations and absence of clarity on different interpretational issues combined with lack of legal reasonability have regularly left the taxpayers and Revenue experts at odds. The intent of this part is to basically assess the existing regulations, and highlights the key controversies that have developed few years of the transfer pricing audits.

The utilization of single year information and arithmetic mean intend to process ALP had made the TP Controls characteristically unbending. Further, it was unimaginable for taxpayers to discover equivalent companies announcing information of the present year to perform out a significant comparability examination inside the prescribed courses of time limit.

An advance Pricing Agreement is a binding written agreement between company and the tax authority. Most countries have the facility for a group to obtain an advance ruling that pricing policies will be regarded as being arm’s length. This gives greater certainty than waiting for the tax authority to object to prices charged at a later date.

In recent years, ȾP has been a major cause of dispute between the Indian tax authorities and MNEs. ȾP audits in India have consistently resulted in large tax demands and protracted litigation. CBDT issued different guidelines to work out ȾP provisions and to give procedural consistency to Indian Tax Authorities. Further, the Indian Government formed an alternative dispute mechanism called as Dispute Resolution Panel under the current arrangements of the IT Act to resolve the disputes identifying with TP international transaction.

Flow Chart Discussing The Adjustment Of Tp With Global Standards:

Challenges Under Transfer Pricing Before 2012

How 2012 Changed This Position

Transfer Pricing in India is still at development stage and tax department is gearing up to ensure that there is no understatement of income by multinational enterprises. The disputes relating to the transfer pricing adjustments are on rise and involve huge stakes. We have captured some of the contemporary issues that are rising in India.

What is Transfer Pricing in India...

What is transfer pricing in Indian Economy Ans. The increasing participation of multinational g...