Transfer Pricing Audit and its Regulations in India 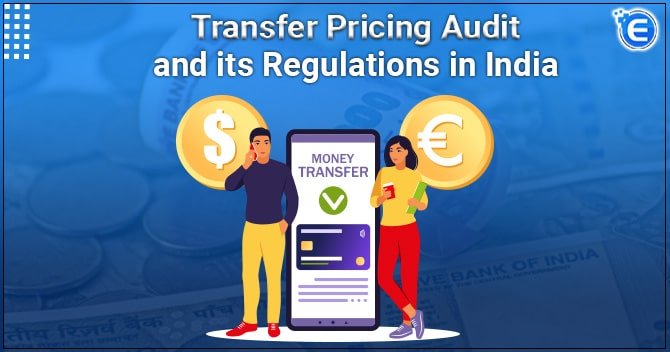 With the liberalization of trade and foreign exchange policy beginning in the year 1991, India has begun to integrate its economy with the global economy. This has resulted in an increase in the cross-border movement of goods, facilities, finances, and now even intangibles. There was a great enhancement in Foreign Direct Investment (FDI). Monetary controls were eased, and quantitative import restrictions were removed.

Obviously, with the increasing number of multinational enterprises interested in India, it has now become critical for Indian tax authorities to be aware of transfer pricing issues. It is worth noting that many Indian companies have recently become huge global players through major acquisitions and the establishment of overseas subsidiaries in a variety of tax jurisdictions.

The Transfer Pricing Regulations were implemented through the Finance Act, 2001 in India, by substituting Section 92 and introducing new sections 92A to 92F in the Income Tax Act (‘Act’) and some important rules 10A to 10E in the Income Tax Rules of 1962. The regulations apply to relevant international transactions entered into on or after April 1, 2001.

Prior to the implementation of the above-mentioned detailed provisions, the principle of Transfer Pricing Regulations in India was practiced under the Act in some particular situations and in a limited sense. Previously, section 92 required that when the tax authorities did believe that an international transaction with a non-resident contributed in less than ordinary profits for the resident due to a “close connection” between the two, then they could recalculate the resident’s taxable income.

The legislative intent influencing the transfer pricing laws is to prevent profit shifting by attempting to manipulate prices charged or paid in international transactions, thus stripping away India’s tax base. The transfer pricing regulations were introduced to curb transfer pricing abuse, according to the explanatory memorandum of the Finance Bill, 2001.

Having grown significantly over the last decade, India is now a significant opportunity for global businesspeople seeking to establish a successful presence in the country. India has become an appealing destination due to liberalization, a thriving middle class, and increased employment and wage growth. Concurrently, establishing a company in India necessitates navigating the various tax and legal complexities. The transfer pricing litigation is one of the most important tax laws to consider. To combat the practice of foreign companies avoiding the tax audits in India, the legislation known as the Transfer Pricing Regulation containing the provisions of transfer pricing audit was enacted for this purpose.

A transfer pricing audit investigates the pricing of transactions involving two or more related associates. It is determined whether the transactions are conducted under market conditions and will withstand the Income Tax Department and other tax authorities’ due diligence by applying and documenting various test methods.

All Indian companies are required to analyze their international transactions in light of the Transfer Pricing Regulations and to adhere to them by keeping proper transactional records and documents. A transfer pricing audit must justify why a particular method was chosen for the enterprises and transactions under review.

Under a transfer pricing audit, a fact-finding exercise is conducted in order to assess the organization’s numerous functions as well as the potential risks that each activity may confront. Thereafter, an appropriate mechanism/method of transfer pricing is chosen and the parties who have been tested with it are identified. Later a survey using data from various national and international sources is conducted to discover companies that may be benchmarked for the chosen company and detailed financial analysis using that data is executed. On the basis of the analysis, the assessee compiles a consolidated report and properly records it. The Indian Income Tax Act of 1961 requires that you submit a report on Form 3CEB.

Some of the important points of the law pertaining to transfer pricing audit are as follows:

In addition, the accountant must express a view on whether the Assessee has retained “appropriate information and documentation as are prescribed” in respect of overseas transactions or certain domestic transactions that are entered into by him.

The chartered accountant’s report needed to be furnished by Section 92E includes all of the information as is required by Form 3CEB. In order for the accountant to be able to answer any questions before the tax authorities that may emerge later, he must make precise notes regarding the evidence he relied on throughout the test, as well as all of his working papers. His notes on the following, among other things, should be included in such working papers:

(a) work performed while conducting the scrutiny and by whom

(c) any decision taken on the various points

(e) certificates issued by the company or client

(g) annexure to Form No. 3CEB duly filled in and authorized by the company or client

The report of transfer pricing audit is divided into three paragraphs, each of which deals with a different topic, as summarised below:

The first paragraph includes a declaration and states that the Assessee’s accounts and records will be examined in order to review the international transactions and certain domestic transactions in question.

The second paragraph entails expressing an opinion on whether the Assessee has kept proper information and documents as required by Rule 10D in respect of the identified international transactions and the specified domestic transactions, based on the information provided in Annexure to Form No.3CEB.

The third and final paragraph requires the accountant to express his/her opinion on whether the information in the Annexure to Form No.3CEB is true and correct.

Penalty for failure to submit a report under section 92E

Section 271BA of the Income Tax Act states that if a person to whom transfer pricing provisions apply fails to give an accountant’s report as required by section 92E, the Assessing Officer may order that the person will pay a penalty of one hundred thousand rupees. This penalty is imposed if a person fails to provide an accountant’s report, and it can be enforced by the Assessing Officer. A fine of INR 1 lakh shall be leviable.

Section 92E requires the entity carrying out an international transaction or a specified domestic transaction to provide an audit report from the accountant in a prescribed format. This report must certify the nature and amount of the transaction and must be filed with the income tax return. Form 3CEB must be completed for this purpose.

Read our Article:A Guide to Transfer Pricing Regulations in India

Today, all international transactions between associated enterprises are influenced by the tran...

What is Transfer Pricing in India...

What is transfer pricing in Indian Economy Ans. The increasing participation of multinational g...